Slippery snowy Ledge Route and off to Mull

Ledge Route with Malcolm (and Andy came along for the ride) today. After a wet walk in we found there was plenty of snow in the base of No.5 Gully (we kicked and cut steps) then a little fresh slush on the first half of the scramble and more than an inch of wet fresh stuff on the top half making it quite slippery.
We navigated in poor vis to the summit in occasional heavy snow showers but it was drier on the way down to the Red Burn and a long standing glissade to just short of the pony track.
Off to celebrate my birthday at Tavool House on Mull at rich's stag do! 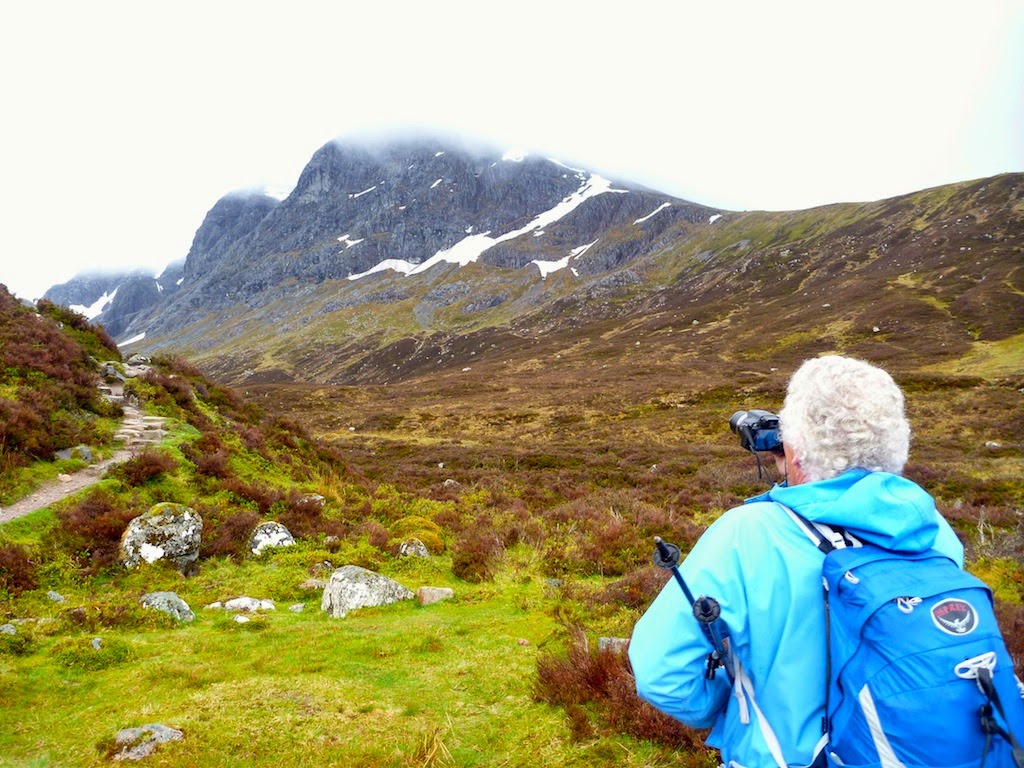 Malcolm taking snaps whilst there is some vis 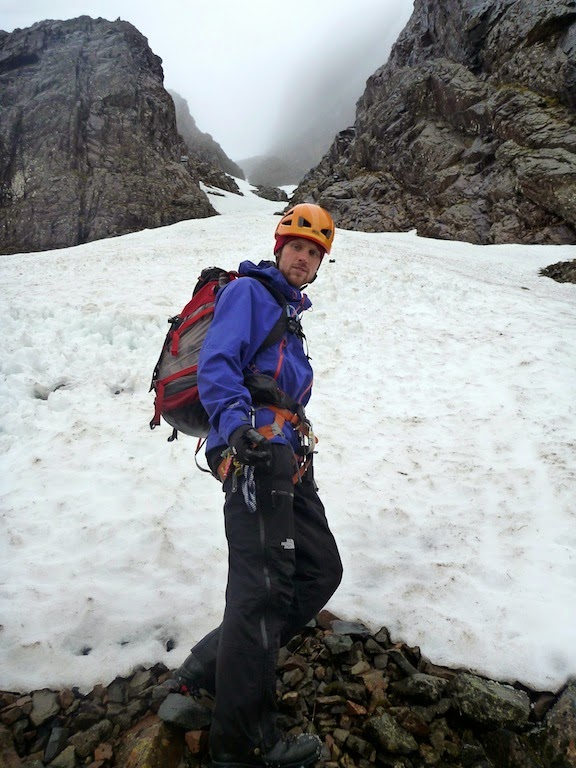 Andy getting ready to kick some steps up No.5 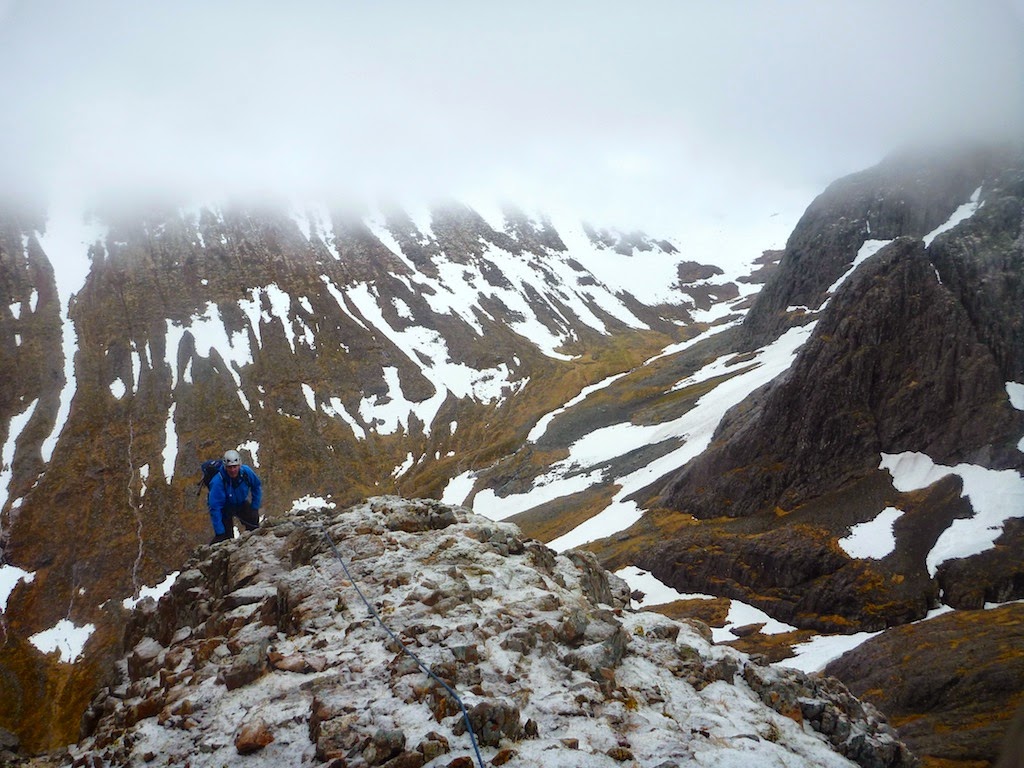 A dusting of fresh 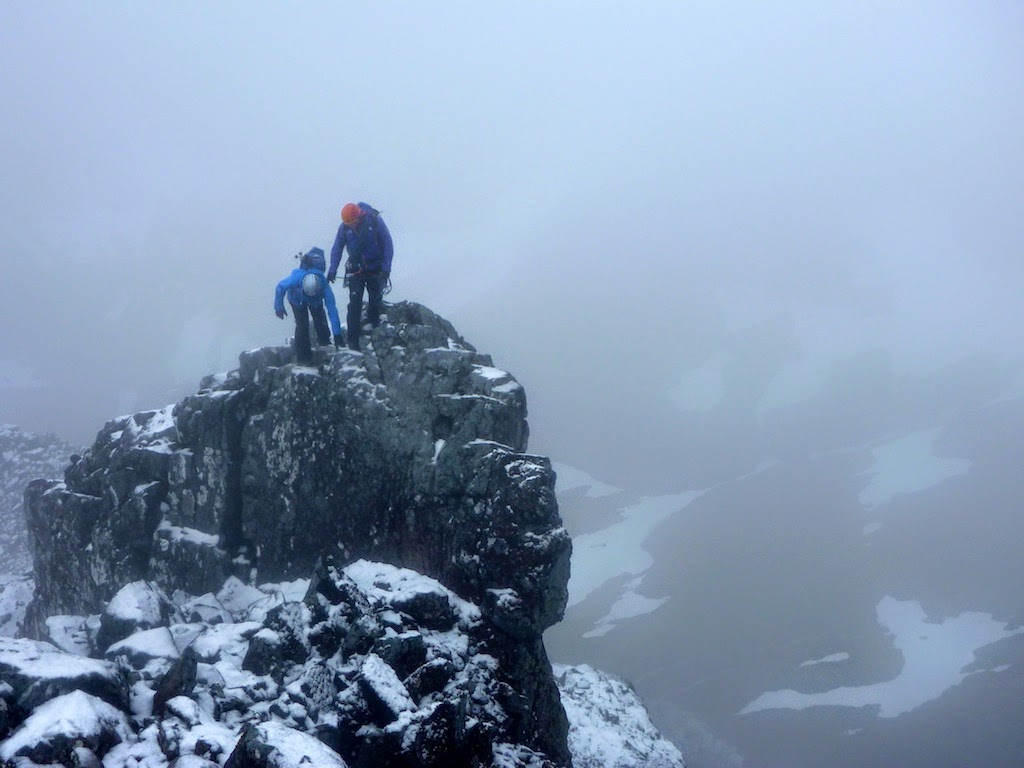 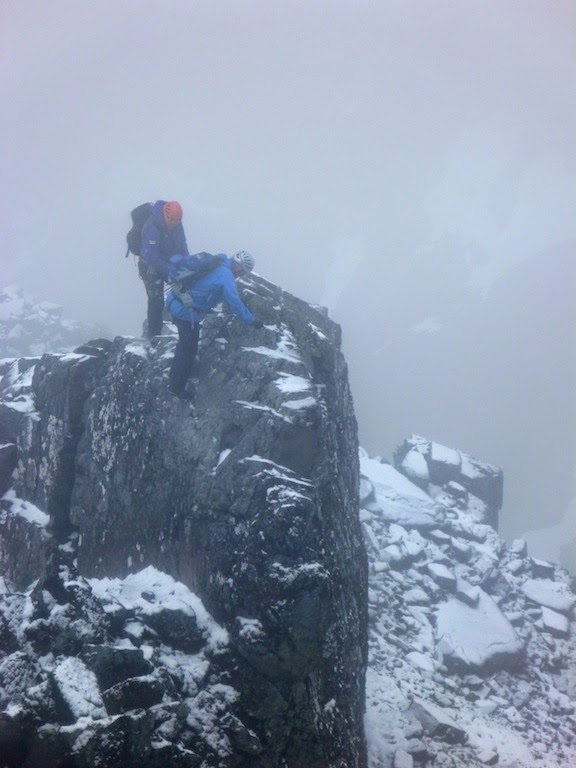 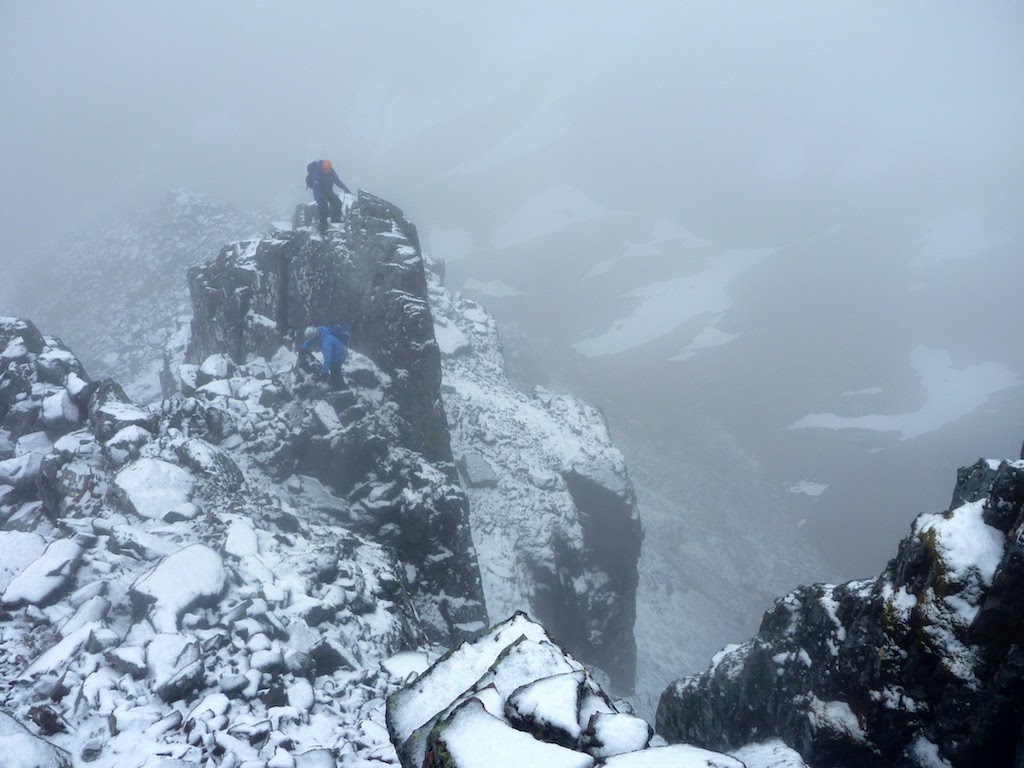 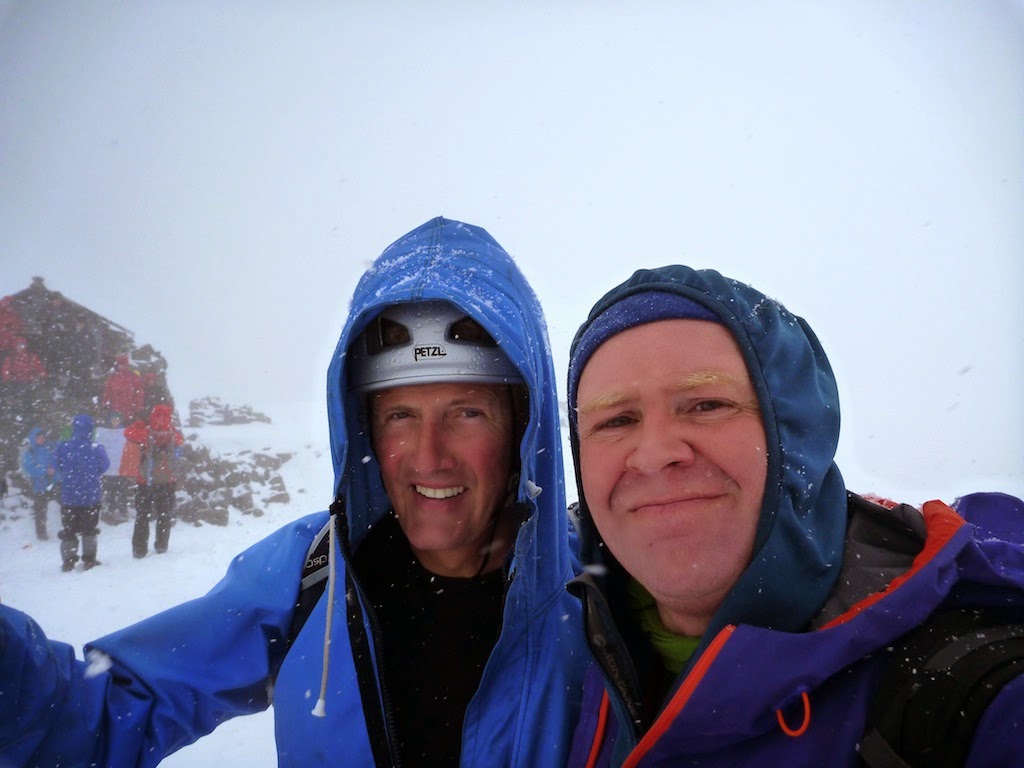 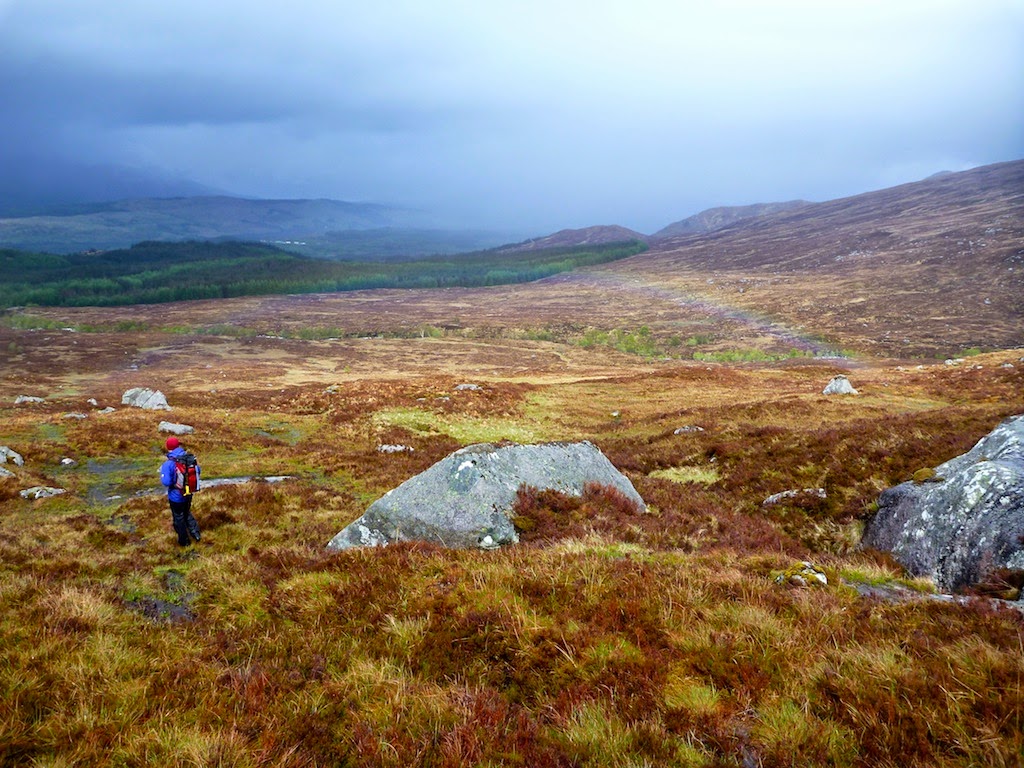 Rainbow in descent
Posted by Alan at 17:30