Via Feratta in Kinlochleven

Today I was out with the team from Vertical Descents doing some training on their new via feratta at the Grey Mare's Tail in Kinlochleven. The development has been controversial for some but visually its barely visible unless someone is on it and access to the viewpoint has actually been improved by the work. The rock also isn't suitable for rock climbing being quite loose and vegetated. The bottom of the via feratta itself can only be accessed using equipment kept under lock and key and the guys have spent a great deal of time and money to create a new visitor attraction in an area reliant on attracting tourism.
It was a training day to allow others to use the vf with their own clients. First we did it ourselves, then we had the opportunity to guide some volunteers on it and finally we looked at problem avoidance an solution on it. Its great fun being more akin to the sport vf you see on the continent than the original Dolomite routes or something like the Camino Del Rey in El Chorro.
A good day out with a number of local businesses. Thanks to Ben and Joe for the day, the volunteers for turning up and all the others for the craic. 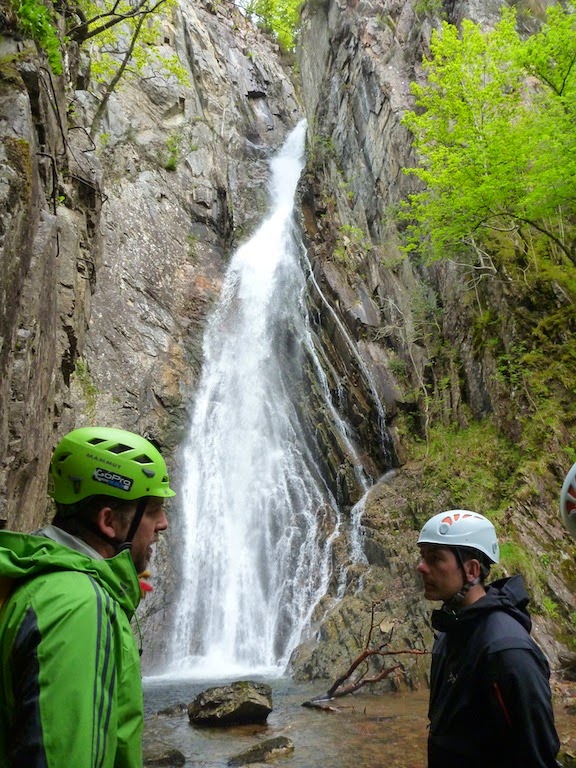 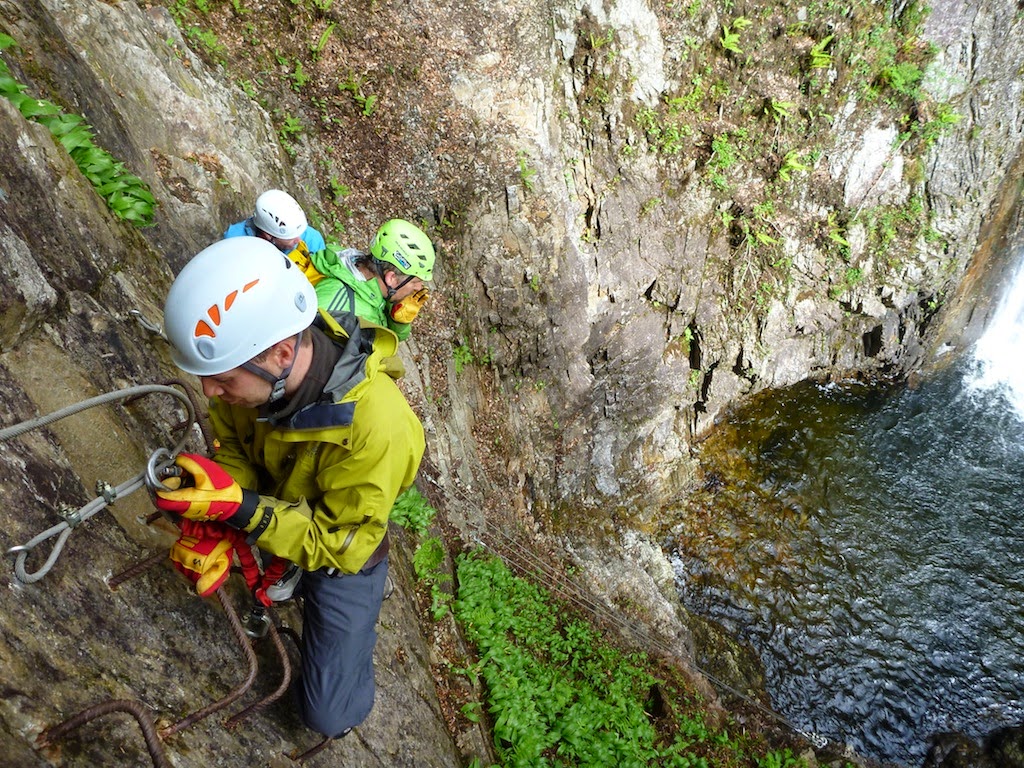 Giving it a go for ourselves 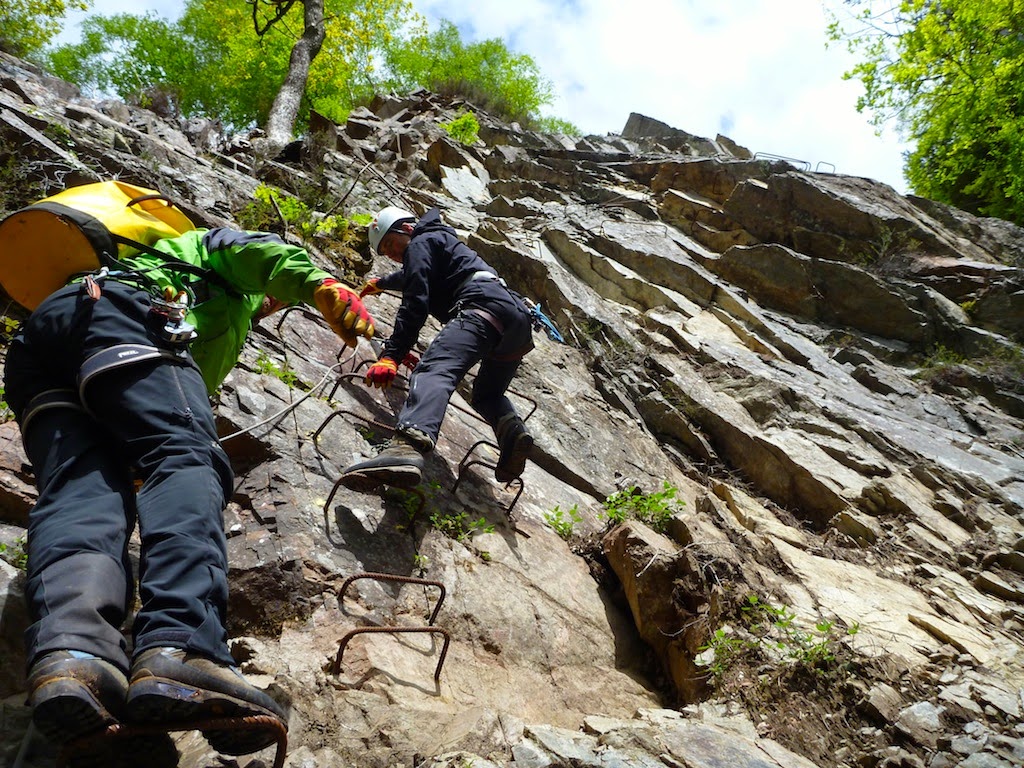 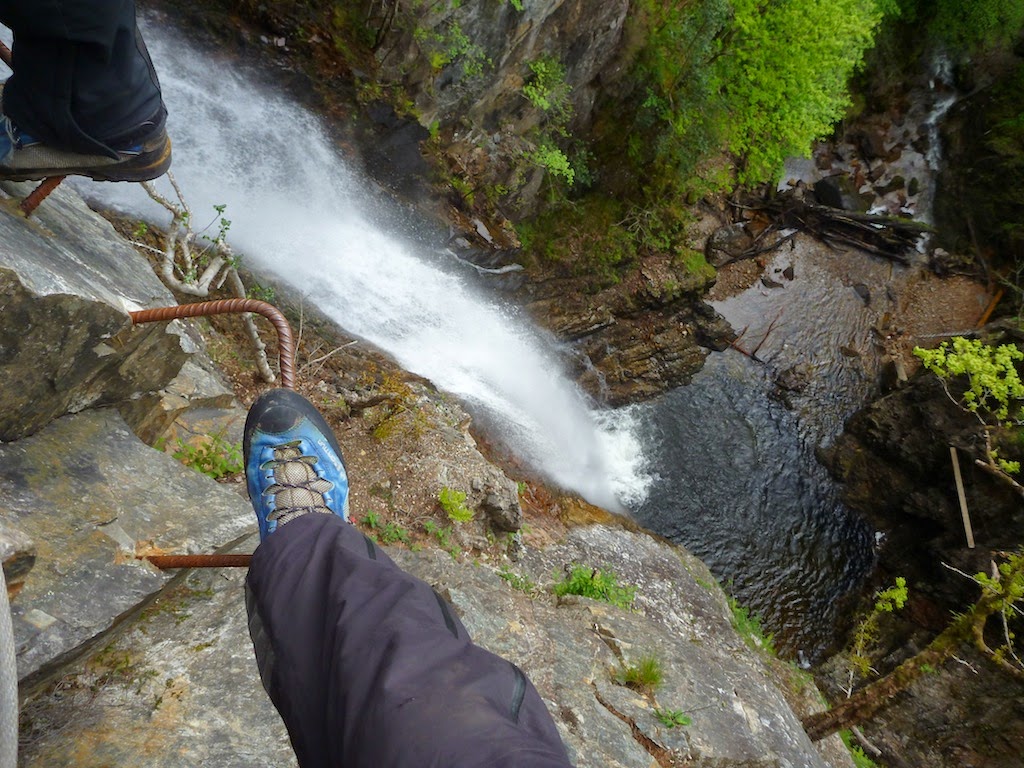 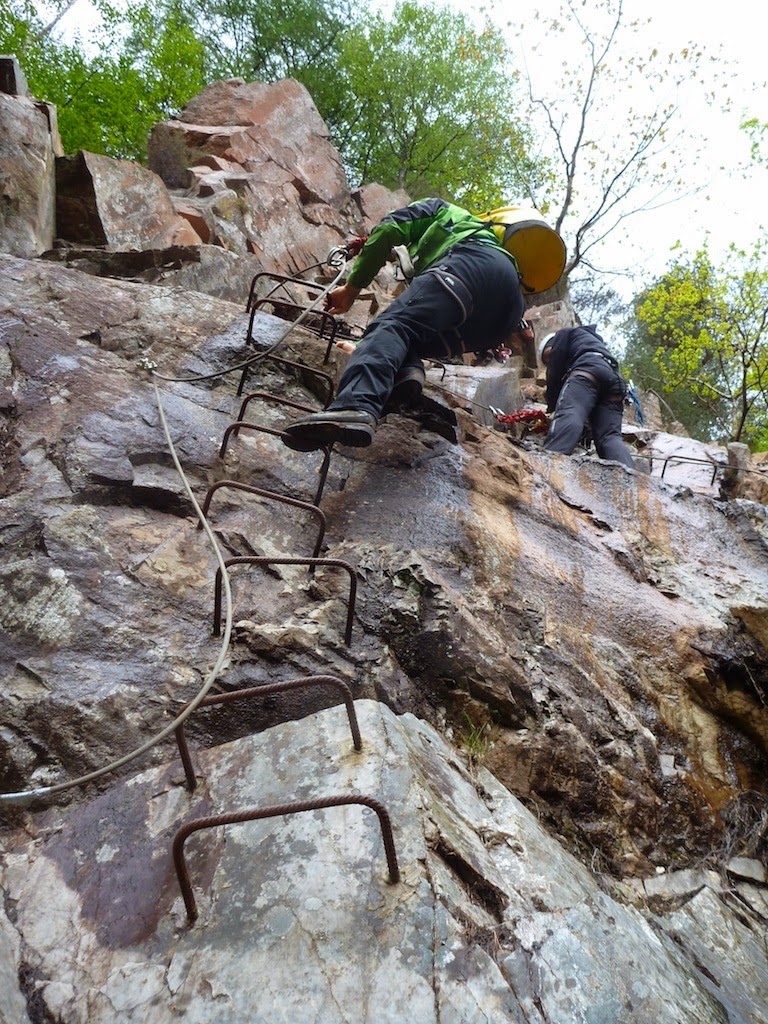 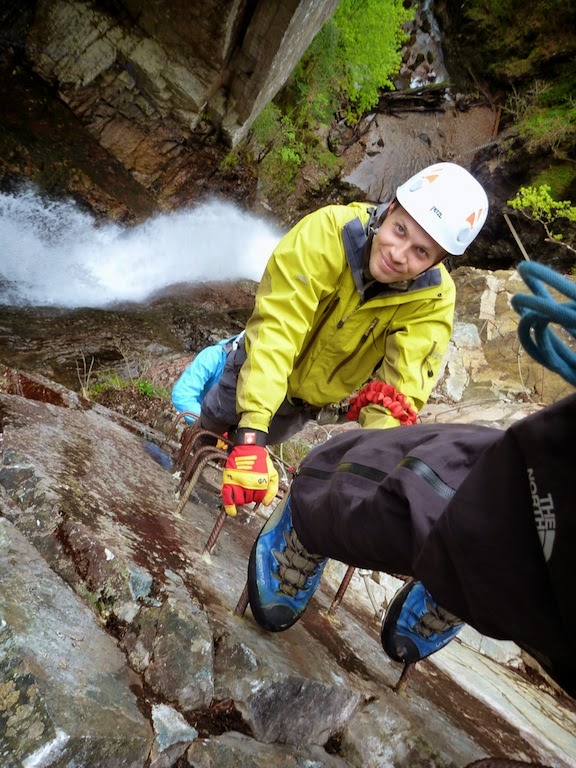 A paddler a bit too far from the water! 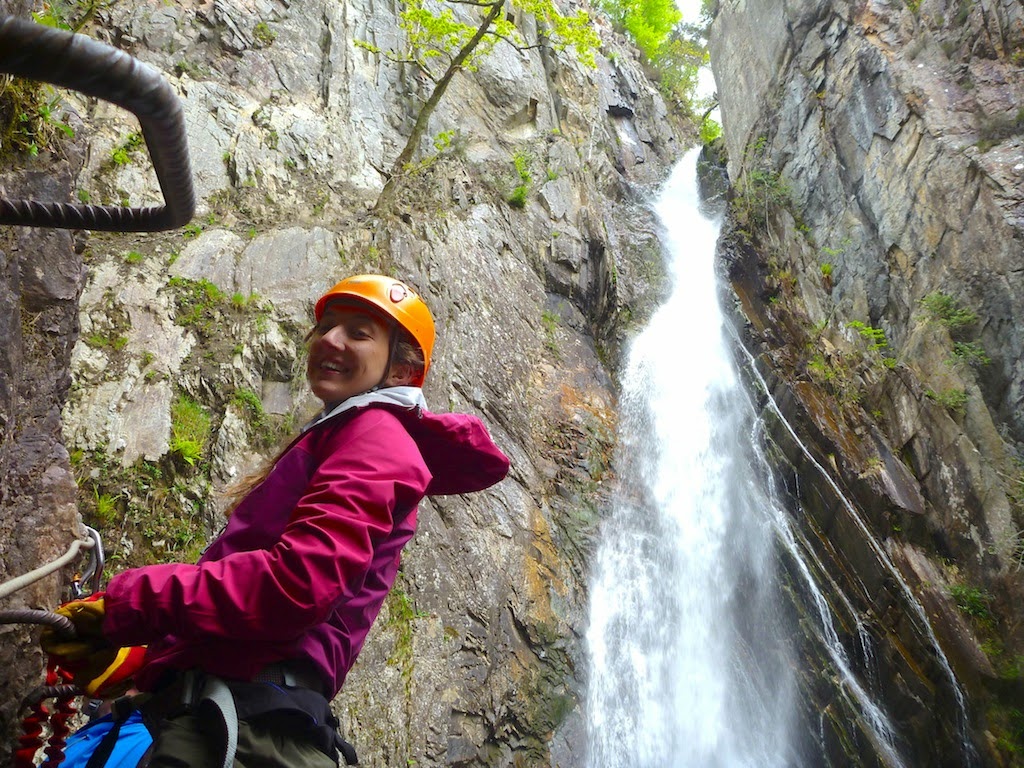 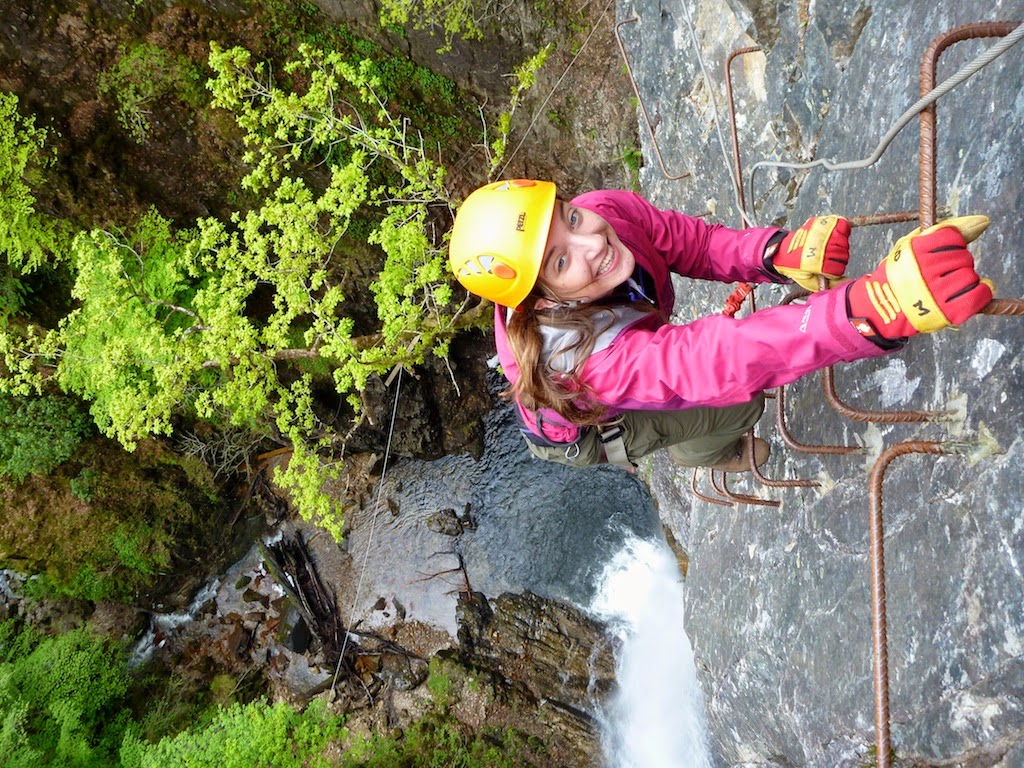 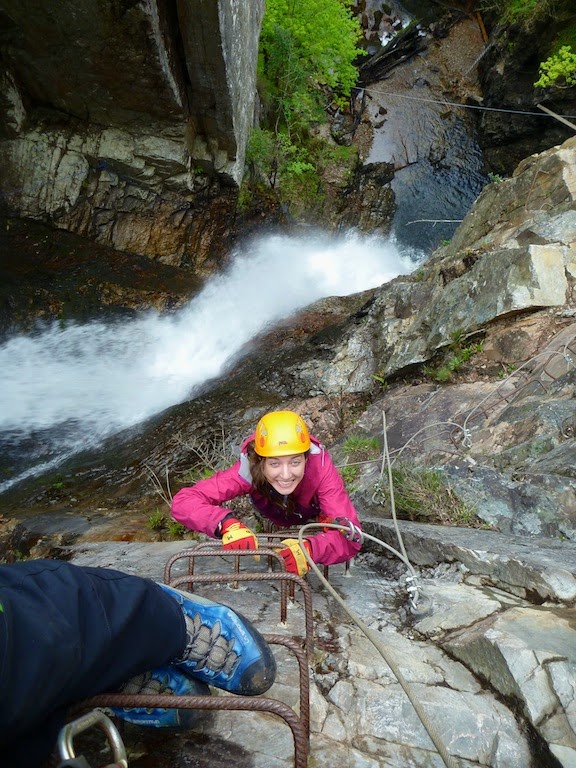 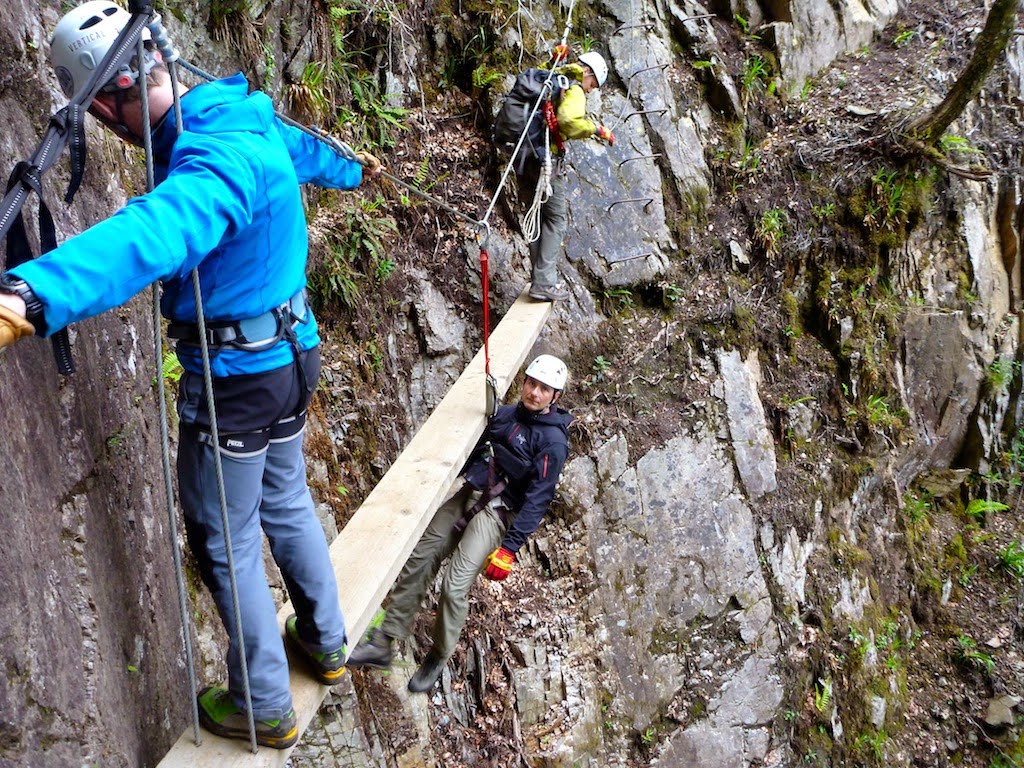