Rich's stag do the last 2 days was at the lovely Tavool House (a great quiet base for any group of outdoor minded folk) on Mull. After a late first night there were a few sleepy heads but that changed once Andy got us into the canyon. I only canyon for fun, not work and every time I do something slightly unusual happens. On this occasion we found 2 bolts that had taken a battering, probably from rocks forced down the canyon under spate conditions. One was bent open and the other bent crooked. They were still fit for the job but will need to be replaced. We also found a possible culprit in the shape of an enormous chockstone that forms a recent addition to the lower part of the canyon.
After coffee and cake… and a huge curry various merry making ensued (one ibble dibbler had a record 13 dibble ibbles- don't ask), the stag arm wrestled all pleasant Andy proved himself pretty strong and flexible for one of the oldest in the party Richard sampled the nightlife through mud and bushes, with blacked out goggles on late at night- under the belief, at least temporarily that we were in the same boat and Jamie made bizarre faces whilst trying to move a 50p piece that he was under the mistaken belief was perched on his forehead… and the odd bottle of beer/wine/port/rum/whiskey was seen off too depending on for tastes. Cheers to Andy and Hebridean Pursuits for the venue, the food the activities and cheers all for the craic. A very civilised couple of days with a relatively well behaved team! 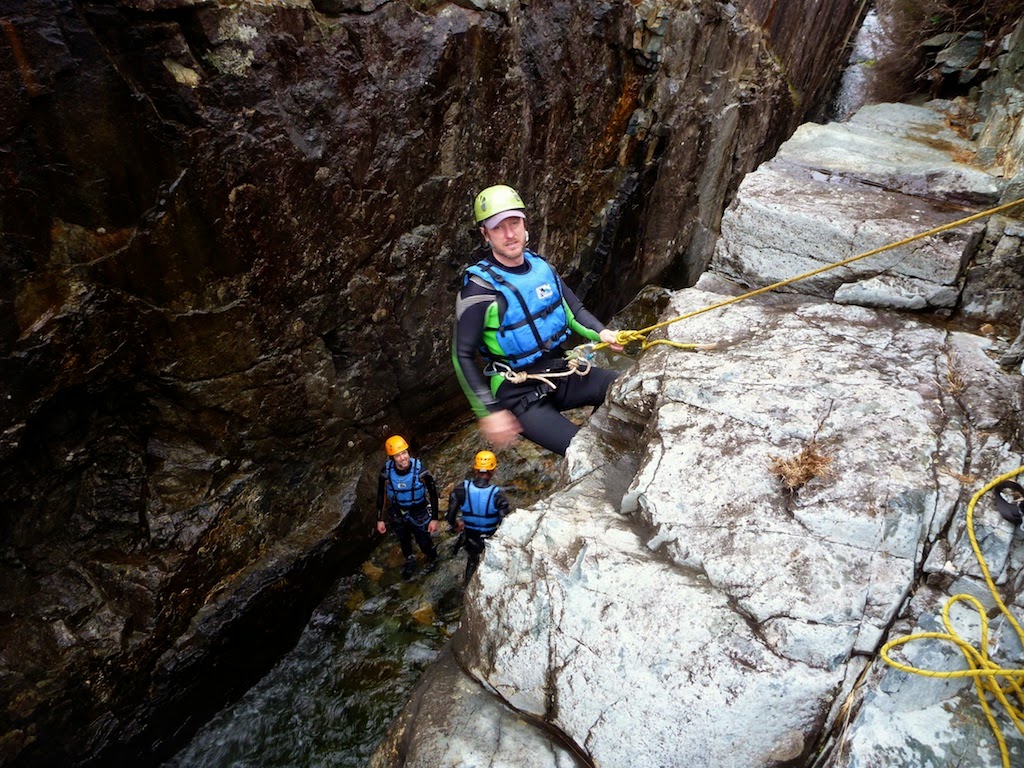 Sleepy stag about to get a wet wake up 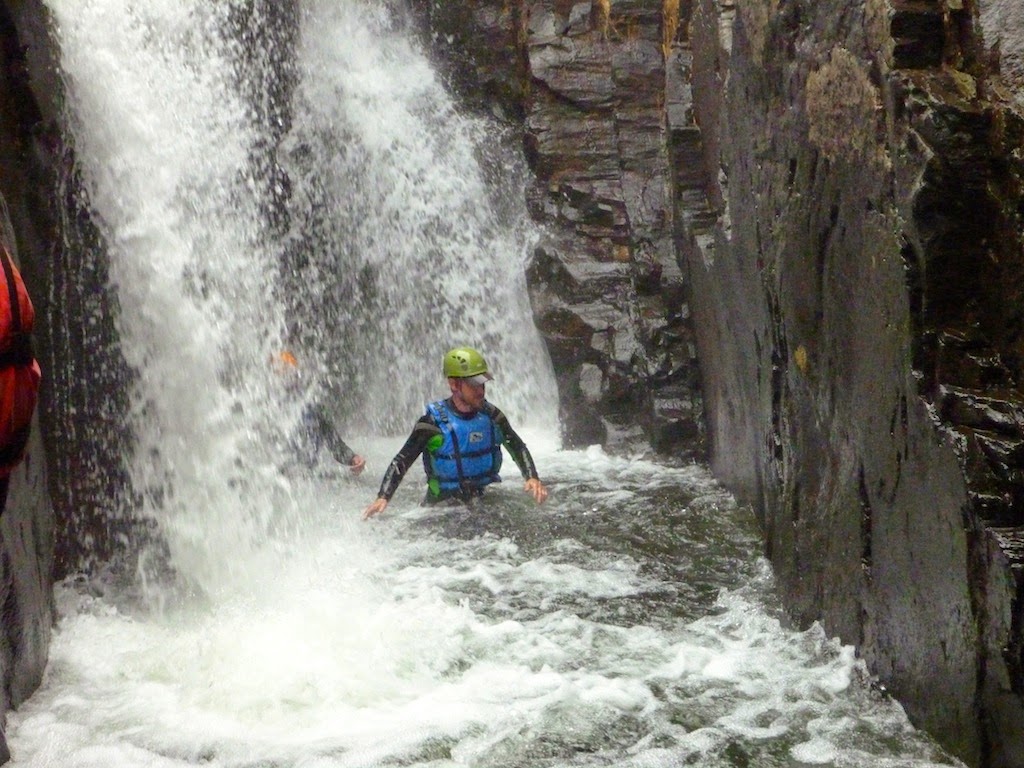 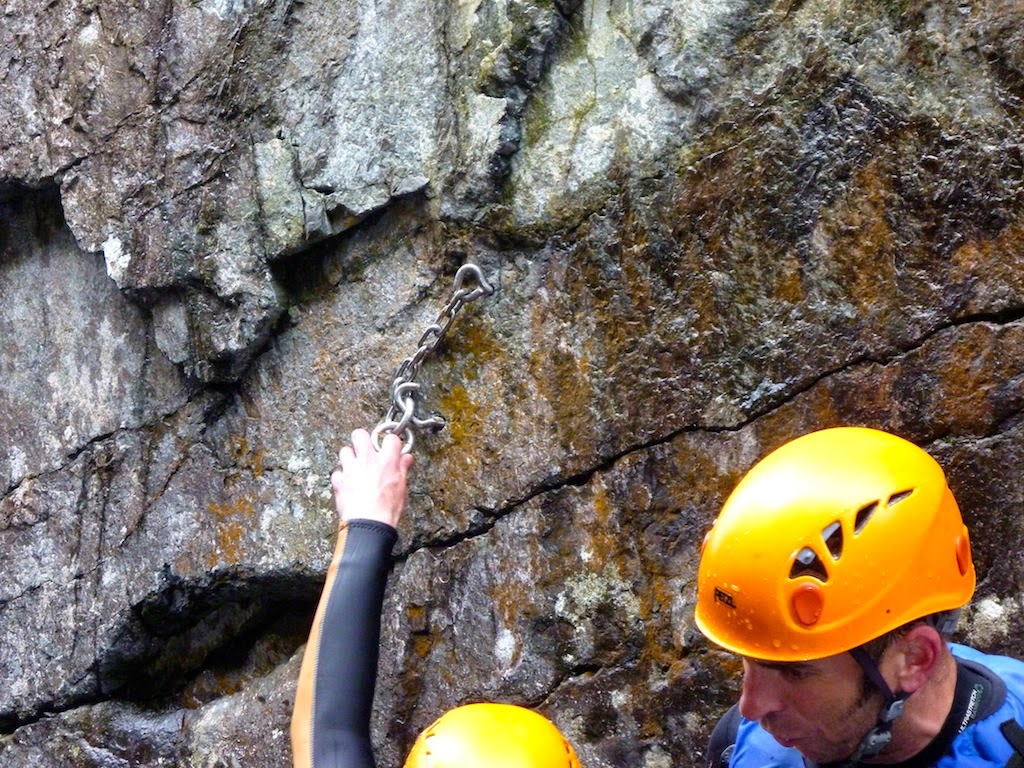 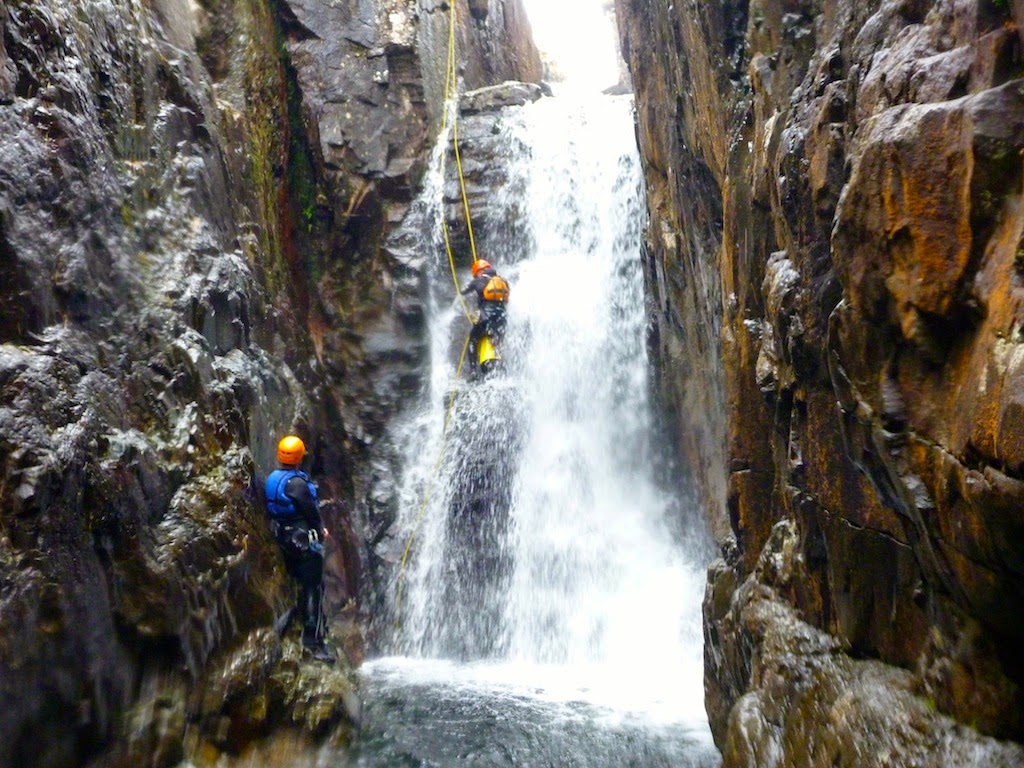 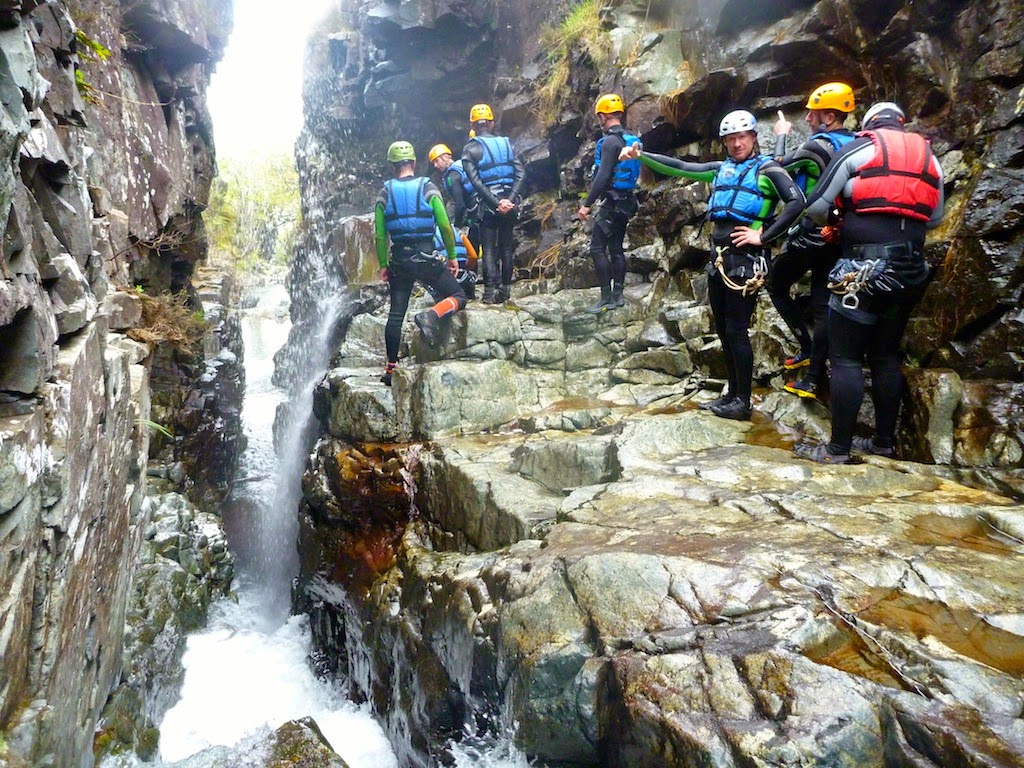 That rock is new 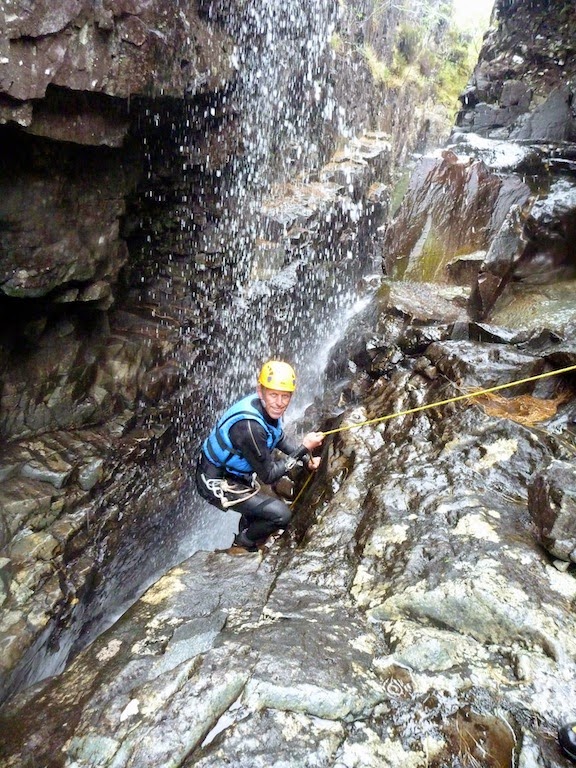 Brian heading for the chockstone 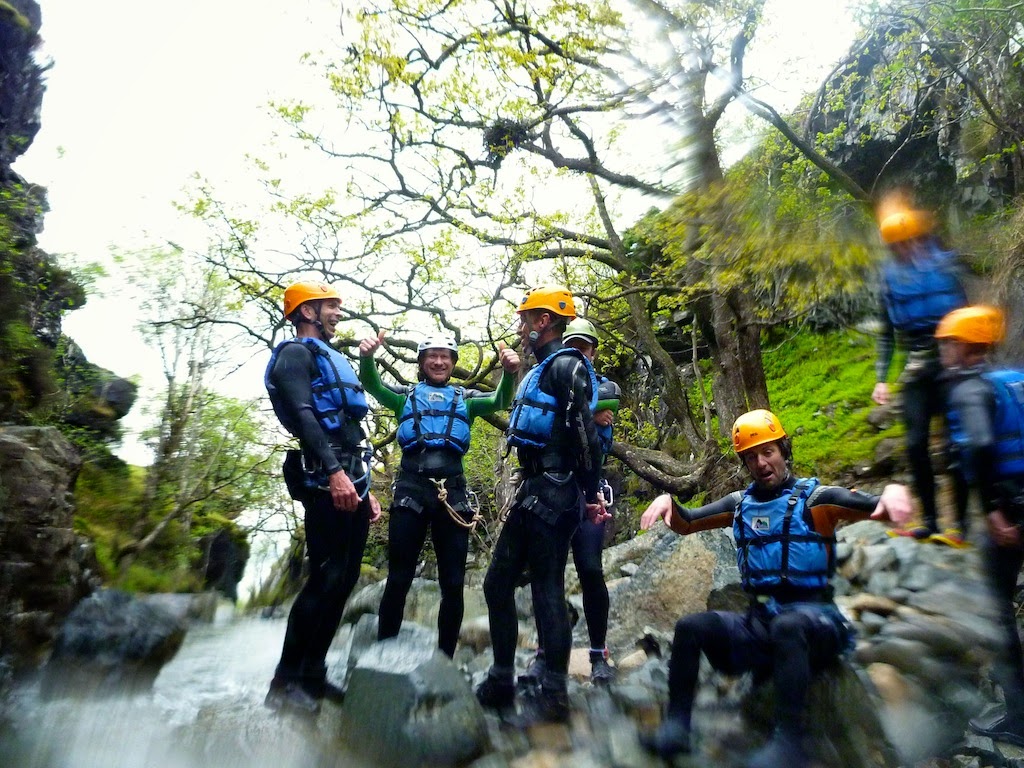 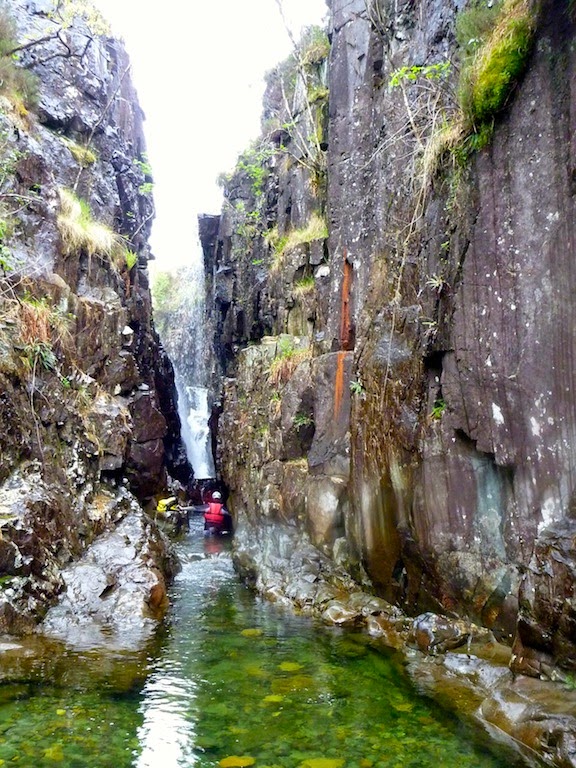 Looing back up the slot to the chockstone 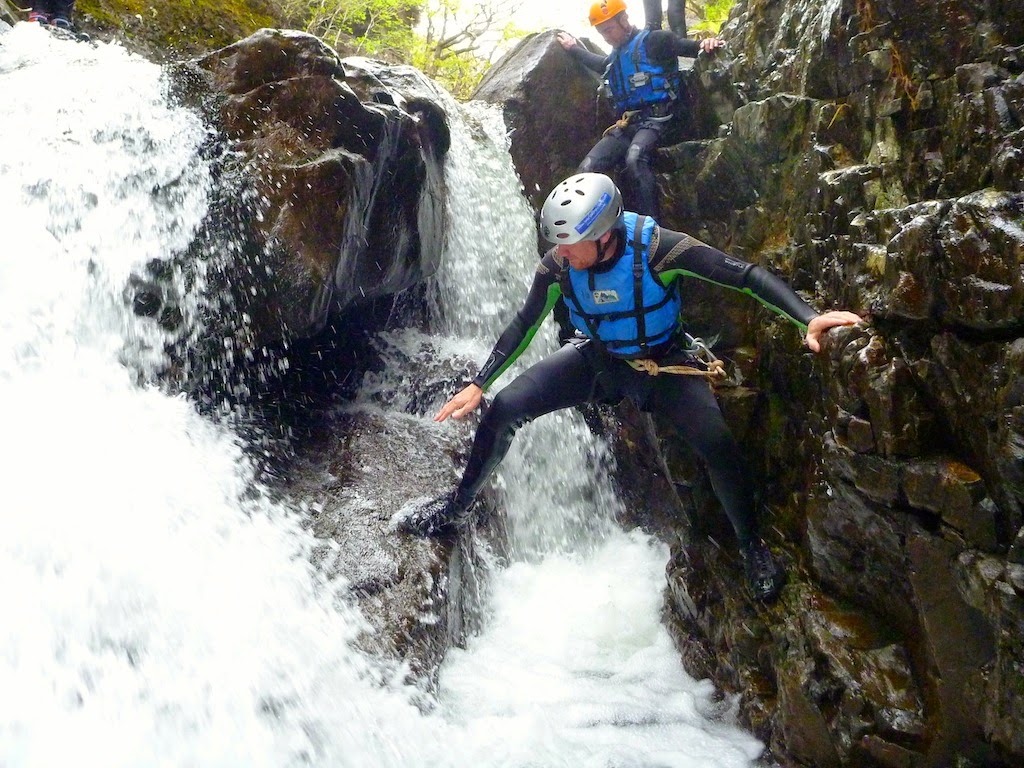 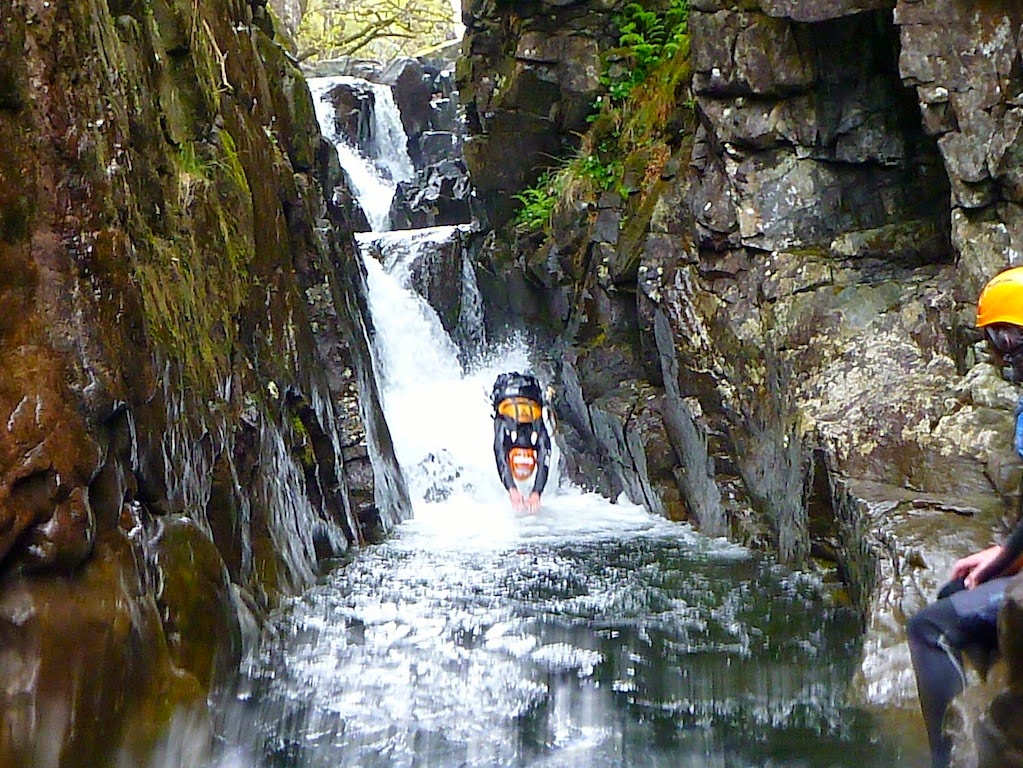 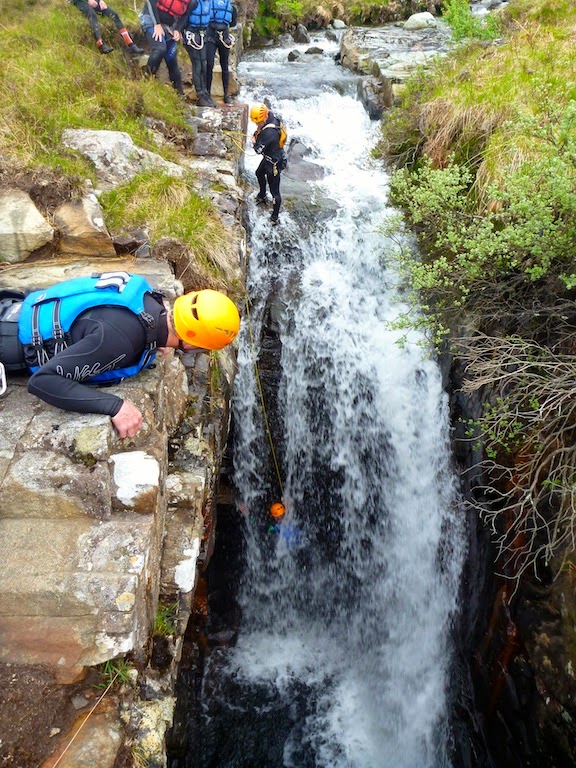 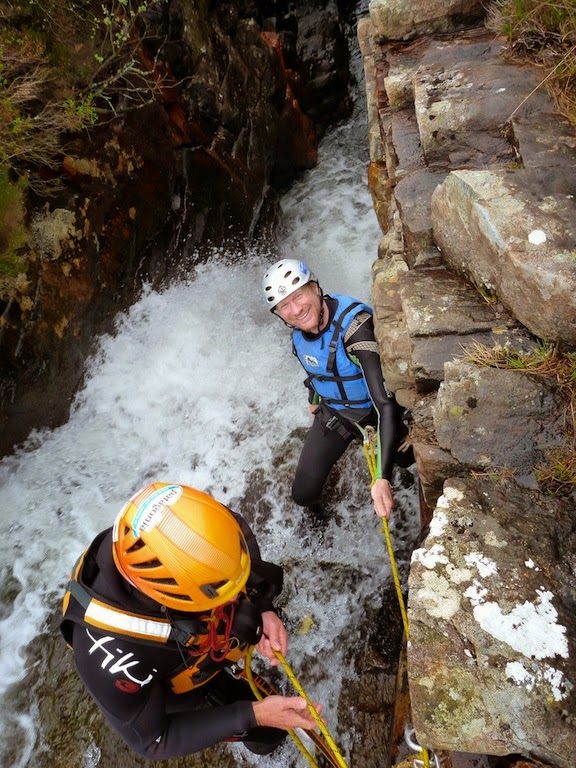 Behind the falls as another one comes down 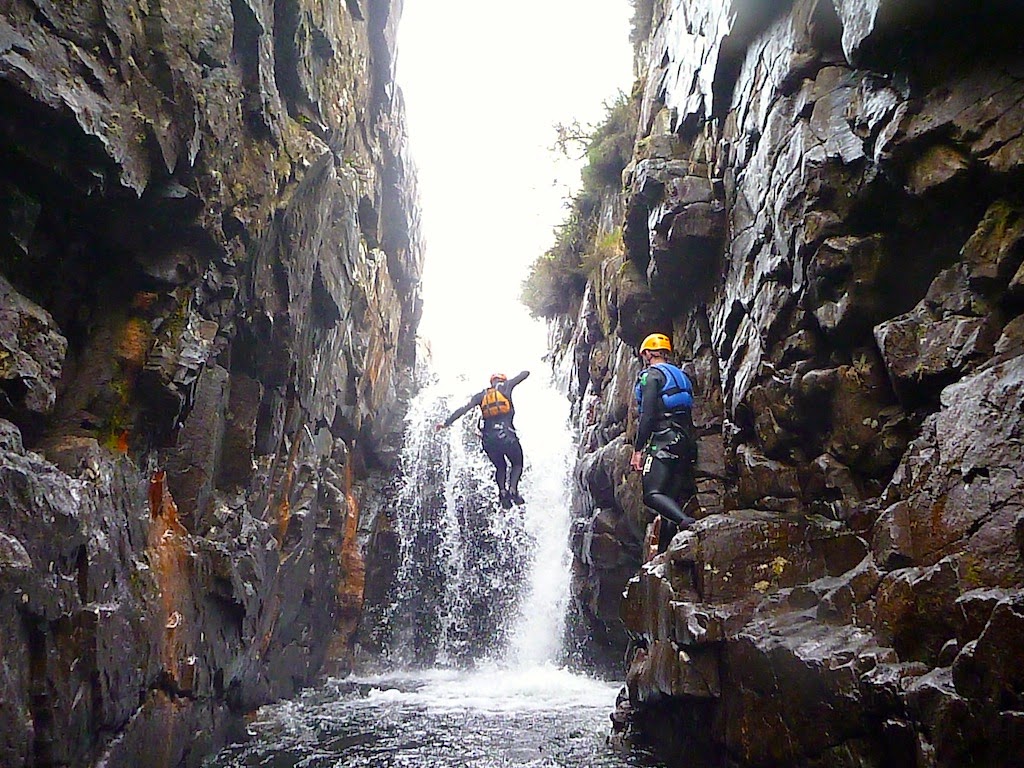 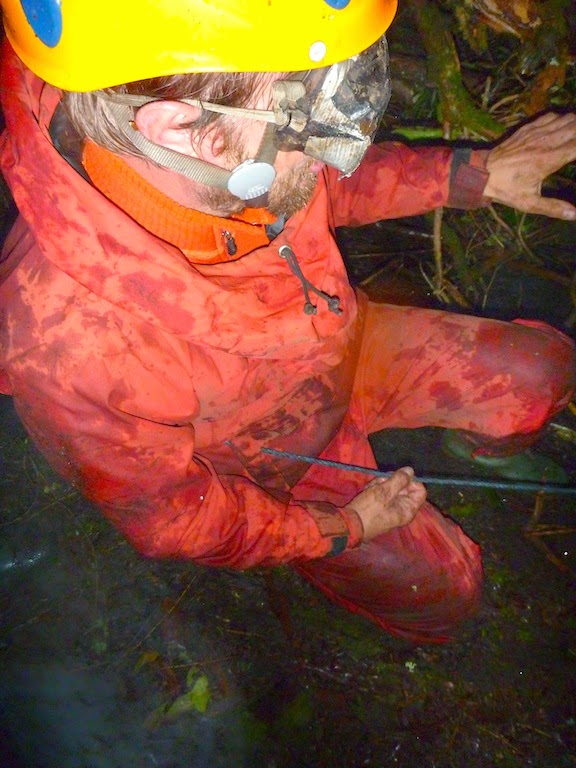 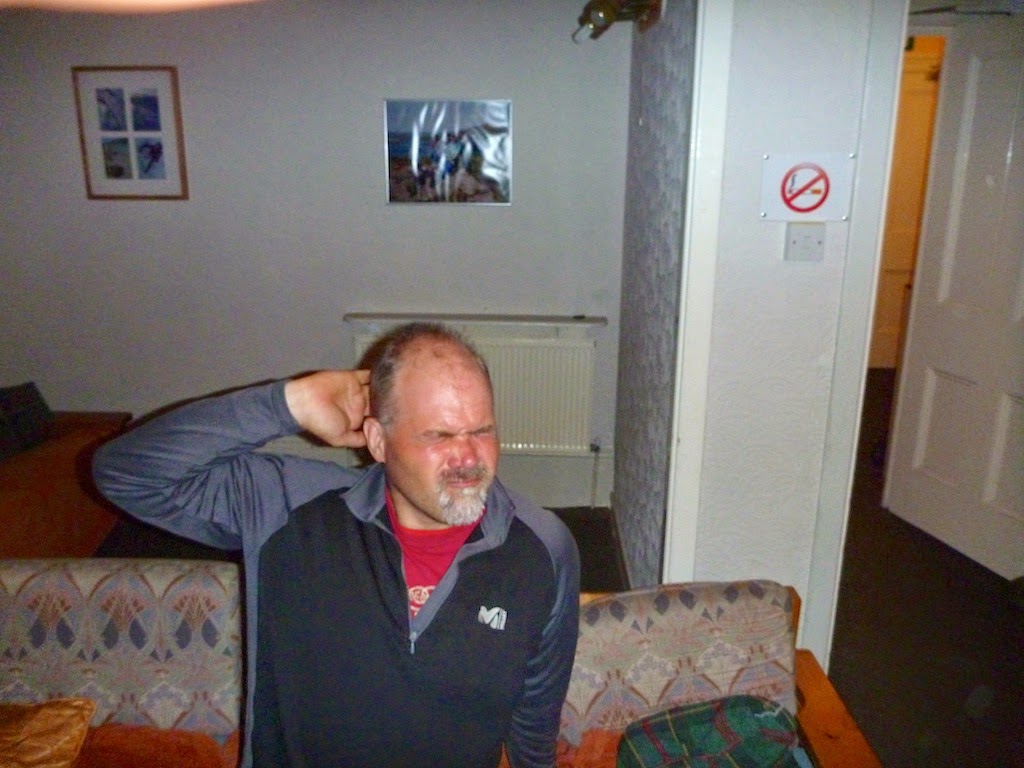