Chasing the clouds away on Ben Nevis

At 4.45 this morning I got up in Inverness to be sure of meeting Malcolm and Pete in Fort William for 8…. yawn. Third the lucky for Malcolm, the forecast looks good enough for Tower Ridge and the Met office are promising sun by one.
The walk in is pleasant and chatty and the CIC Hut looms ahead in short order. Here we stop for some banter with Max and his clients for the day heading up via Coire Leis and he tells me about a family party of 4 some way ahead of us.
Its still cloudy and cool as we gear up in Observatory Gully and the rope comes out in the West Gully as we head up to catch Dave and his family making quick work of the chimney onto the Ridge proper. At the next steepening they let us past and we establish who we know in common in the small Scottish mountaineering community.
Every time we seem to get close enough to touch the cloud it fades away always a little further above and soon we are peaking over the CMD seeing sun to the north, east and west towards Fort William. 1 o'clock comes and we are on our second lunch atop the Great Tower watching the last of the cloud lift off the summit and getting ready to give the hordes on the top a good show on Tower Gap.
After topping out we paid our respects to the summit cairn. The top of the Ben was the quietest I've seen it this summer, maybe the tourist season is finally at an end? One notable pair were enjoying the day as he dropped to a knee to pop the question to her (she said yes).
It was still sunny but increasingly breezy as we crossed the plateau to drop down Ledge Route but by the time we crossed the Allt A Mhuillin we were down to thermals watching the climbers on the crags of Carn Dearg and it was a sunny return to the car.
What's not to love about a day like that? 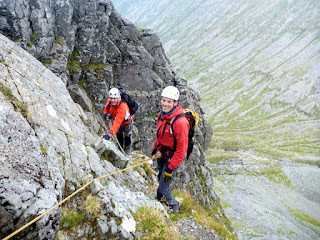 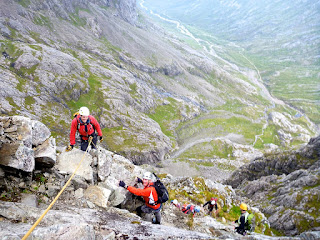 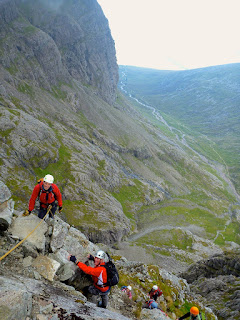 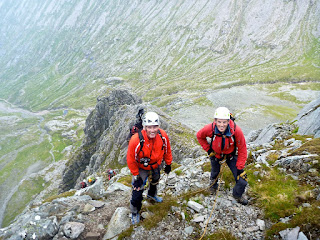 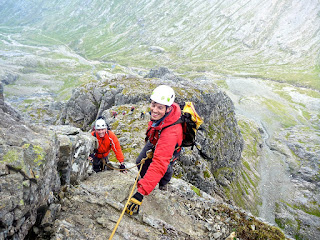 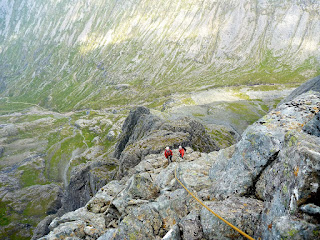 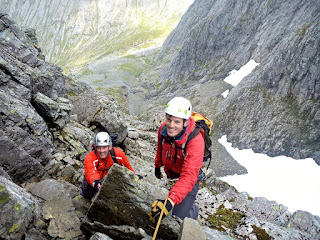 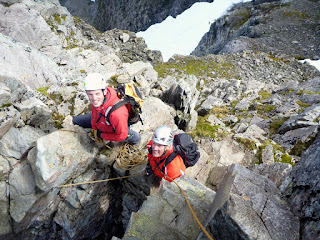 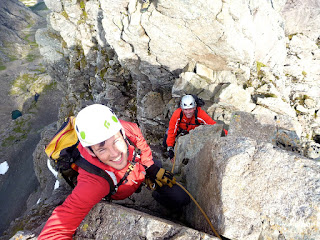 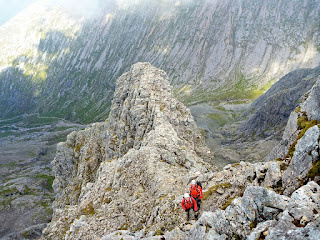 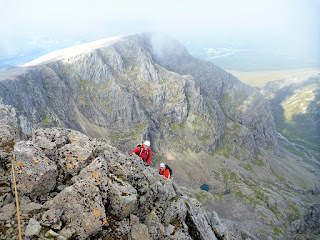 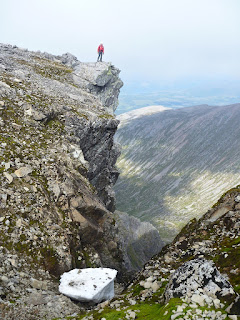 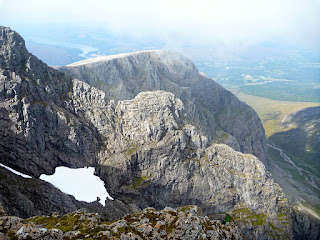 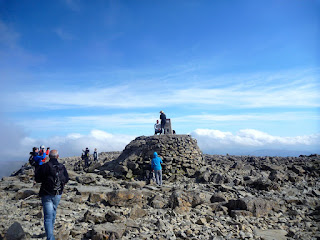 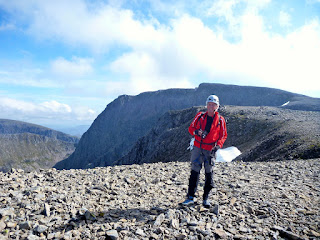 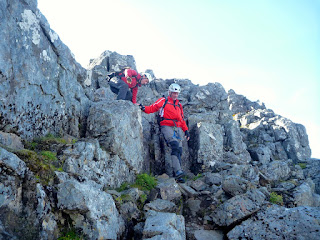