Plenty to climb on Ben Nevis

Today Rich, Iain and I went out to Ben Nevis. Funnily enough it felt rather mild- bit of a theme this year. We didn't hit the freezing level until high in Coire na Ciste. The snowpack was moist with a thin rain crust but on steeper surfaces some ice was forming and the harder mixed routes looked good.
We climbed No.3 Gully Buttress to give Iain a chance to work on his parallel rope work and this gave Rich and I a grandstand seat as Murdo and Andy(?) climbed Arthur and Ian and Uisdean climbed The Secret. Strong folk around as I did my best just to work of my turkey!!
Our route had plenty of cruddy sonic on it but it was firming up nicely in places and as I say Ice was forming. Hopefully the wee thaws due tomorrow and wednesday wont be too vicious and the freezes before, during and after will just consolidate things nicely for the first week of January.
Also saw folk on Ledge Route, Tower Ridge and the CMD Arete and spoke to a team who had been on the SW Ridge of the Douglas Boulder which they reported as unfrozen and loose. 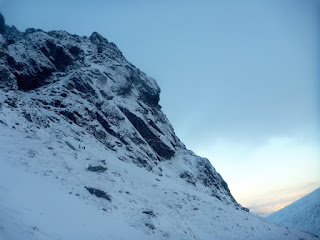 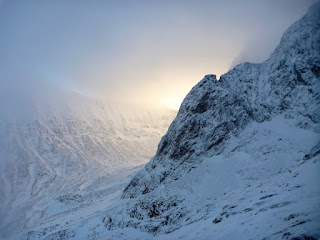 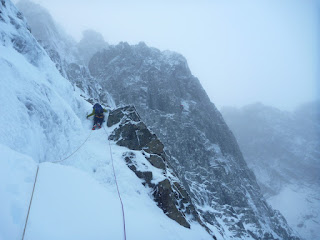 Starting No.3 GB and team on Arthur 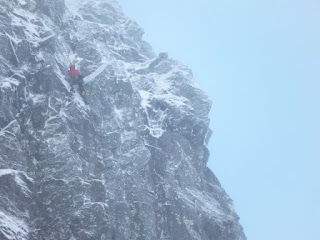 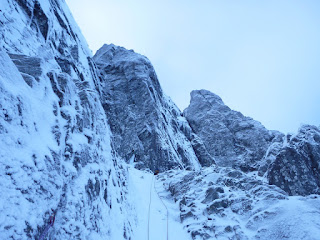 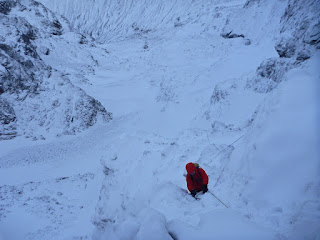 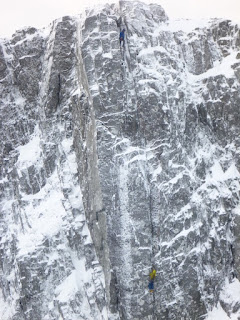 Ian bringing Uisdean up The Secret 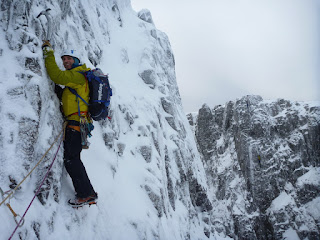 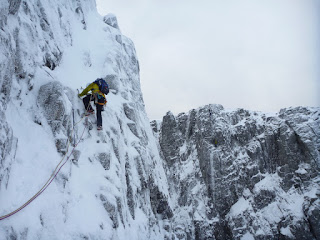 The final pitch of No.3 Gully Buttress 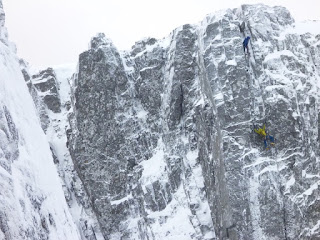 Shapes on the Secret 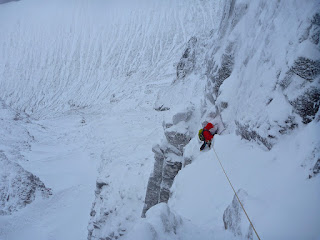 Rich on the last ramp 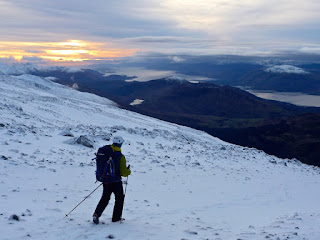