Out today with Frank who is new to winter mountaineering. A stunning morning and we went to Ledge Route. It had been a cold night and there were plenty of fresh low ice smears on the rock and the path. We had a grand day picking a good line up the route. The snow is still fresh and mostly unconsolidated but there were some climbers out making good choices on the rocky routes on either side of No.3 Gully. Plenty of rime above 900m today but buried turf was spongey at 1000m under the deep snow. The weather deteriorated as we were on the hill and it felt quite mild on the plateau as we headed to the top of No.4 Gully to descend (plenty snow in the Gully but the Coire is still rubbly) and below the hut the sleet was falling as drizzly rain. We could do with a mini thaw to settle the snow and build us a base. More of the same tomorrow! 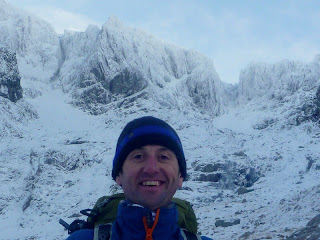 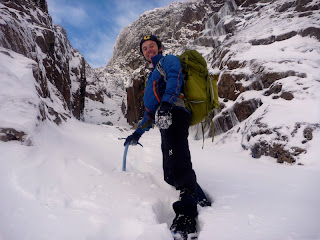 In the bottom of No.5 Gully 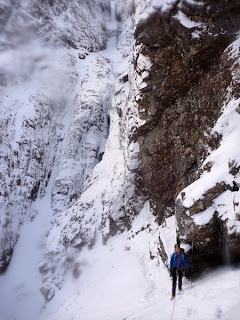 On with the rope 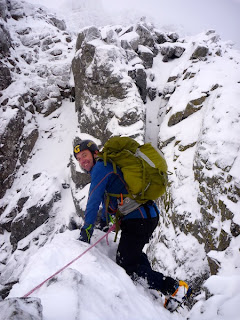 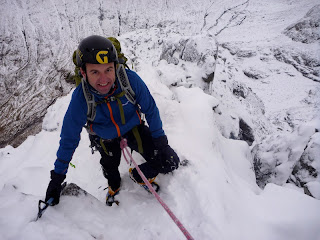 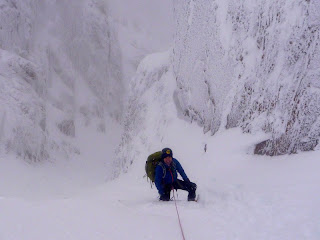 Heading down No.4 Gully

Plenty of chat on UKC about people making questionable decisions about whether routes are in condition or not. Much of the higher turf is still insulated and soft so leave it alone by climbing really easy/really steep and rocky until more consolidated winter conditions prevail. You can of course get lucky with a little understanding like James did today finding turf a little lower and less buried to be frozen. Guy did Sidewinder today and Lost the Place got another ascent after yesterday's. We could also see the climbers on Darth Vader and on the other side of No. 3 Gully.
Posted by Alan at 17:18

I'm gone to say to my little brother, that he should also go to see this blog on regular basis to obtain updated from latest gossip.

Have a look at my web site: Christian Louboutin Heels