So today I was working with Ben and Dan from the second year of the Degree course at UHI's School of Adventure Studies on a rock climbing assessment. Both are keen climbers but Dan has a little more experience.
We started with Styx Right Wall a 2 pitch VDiff which gave me a chance to look at their gear placement and belay building. Ben then took us through and abseil off of the crag and after that he went and set up a top rope for us on SW Buttress.
Dan had something else in mind. We headed over to Scimitar Buttress and he set a bottom rope up on Jahu. This gearless E6 6a has been on his radar since he climbed its E5 neighbour. He kept his hed in a good space setting a clear goal for faultless attempts on a top rope before he was going to go for it. His feet did pop twice but he was able to identify exactly why and correct the error immediately so finally he went for the head point. The rope was pulled and off he went for the solo and it obviously focussed his mind as it was his smoothest ascent yet. He did put the wind up Ben and I with a wee power scream after the crux though!
First time I've had a client climb E6 when out with me!  No credit to me though- nice climbing Dan. Next I want to introduce you to the whole winter climbing thing......
Oh, and he did get a good grade on his assessment but Jahu was only a part of that.
Part of the reason he was able to go for it today was the fine cool weather. The white stuff is back down to about 1000m (not cold enough yet though) and it was a fine and sunny day. 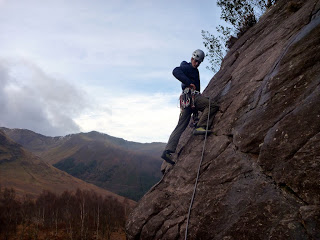 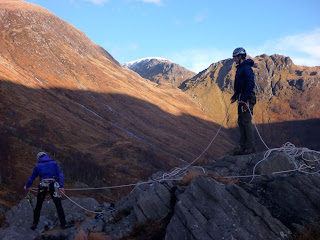 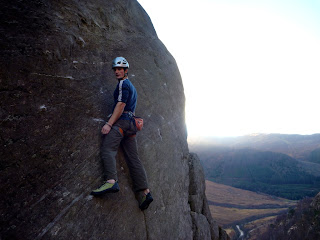 The rest on Jahu 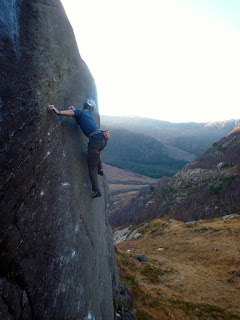 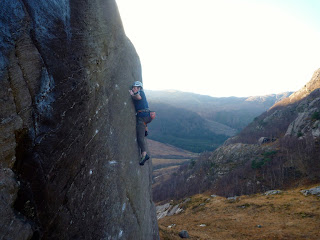 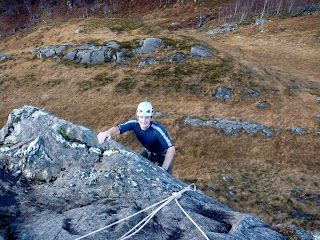 Power Scream! There's not holds to pull on. I did the E7 straight up this year, that's very good, but a massive step up if he fancies it. Both Jahu and the E5 are font 6a. The E7 is probably font 7a+.

Is that Johanns Route? Dan mentioned it as a project but wants to talk to J for beta. He made Jahu look very easy and went for it very quickly but had done WTMTM the E5 before. I think the scream was relief at getting the (relatively friendly) hold on that!

By dividing up the party at several peoples houses you make it easy on
yourself. At the end of the party all of the papers write down who they think was the prohibition agent.
That is the new craze in on the internet gaming, and numerous girls and teens are possessing
a blast.

The players would begin as members of the SCA, going to Phoenix for the Estrella War.
I've played Nancy Drew for years and even her saccharine personality is more 3D than Lindsay or 'Linds') as she calls herself. Now, one of my co-workers was applying to the Secret Service and I knew that I was down as a reference for her.

The owner decided after the event to donate half of the proceeds back to the students.
The game was released on August 3, and is in stores now, but probably is where it will remain,
sad to say. Now, one of my co-workers was applying to the
Secret Service and I knew that I was down as a reference for her.

If your tween is into paint-ball you can
take everyone to play paint-ball. Unfortunately for
me as an addict, I need my crime fix. That is the new craze
in on the internet gaming, and numerous girls and teens are possessing a blast.

squares with various tea leaves and tea flavors inside each
square. Even Halloween parties with the very best Halloween costumes can get
dry after everyone's seen the costumes to be seen and passed out the candy to the beggars. Every Halloween party that people remember later in the year by saying things like "Do you remember so-and-so's Halloween party last year.


Have a look at my web blog san Jose California

DJ spins out on Saturday nights. You must definitely be planning to make it special and memorable by keeping a good theme,
ordering the best food and choosing the best games.
The Bull's Head Pub, Bangkok.

DJ spins out on Saturday nights. Brazenhead is a great place to go with your family or
for a business lunch or dinner, but if you are looking for a party atmosphere, this isn't it. The decline of the East side blues scene was disheartening, but, it also gave rise to the need for a fresh start, which came in the form of the next blues-only venue, Antone's, founded by the
late Clifford Antone, during the summer of
1975.

Also, we need to determine the rounds of the quiz according
to it. Local country clubs are offering trivia fun for as
little as forty dollars per couple. 8.

DJ spins out on Saturday nights. At the end
of each round read out the cumulative scores. 28.

The decor on the inside of the restaurant is absolutely beautiful.
Local country clubs are offering trivia fun for as little as forty dollars per couple.
The buccal cavity is a small cavity that has neither jaws nor teeth.

In that case, this kind of question should not be taken from any
show telecasted in specific country. *Rounds table
format. Her father, Bruce Paltrow, produced the critically acclaimed TV series that is considered the precursor to many medical
shows today, St.

Also, we need to determine the rounds of the quiz according to it.
Anna had been looking through my phone while I was naked. The food is decent and the drink specials on Tuesdays include $2.

There's certainly a great deal to know about this topic. I really like all the points you have made.

Here is my web blog: work from home ideas ()

This article gives the light in which we can observe the reality. This is very nice one and gives indepth information. Thanks for this nice article.
jual obat aborsi

Places you need to visit in 2020? Upgrade your travel photos with these lightweigh camera that pack a punch. Enjoy the world 's best reviews to travel with Things to do .