Snow and Rock on an SPA?

Second day of our SPA Training and with a good forecast we were optimistic, a little overly so as it turned out. It snowed on us at Kingussie Crag and there was more ice around than I've seen on the hills in the last week or so! The team did well and so did my 2 colleagues Ken and Graeme without whom it would have been hard to cover the syllabus. As it was we still managed to achieve plenty leading, belay building, a lot of gear placement and feedback and looked at both personal and group abseils. As the sun fled the crag so did we back to Lagganlia. 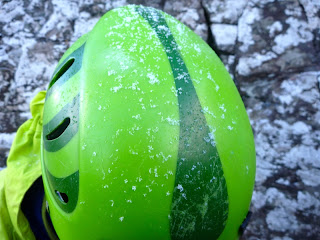 Al... it appears to be snowing 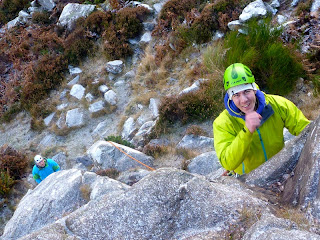 Is this a summer award? 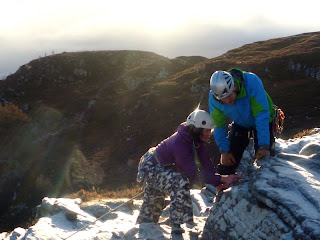 Thank heavens for the sun 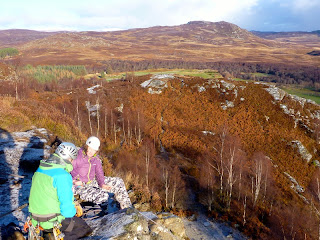 'Its only a dusting'
Plenty of action on the high rocky routes on the west but still much clearing to be done. Sounds like the turf is getting there. I'm mountaineering fri sat but have to endure a day single pitch cragging before that!!
Posted by Alan at 21:19