A bit of training 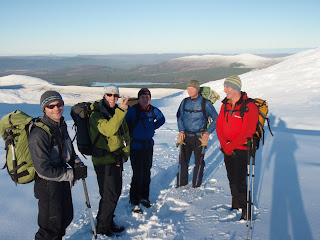 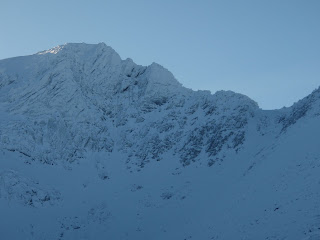 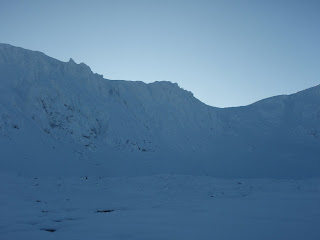 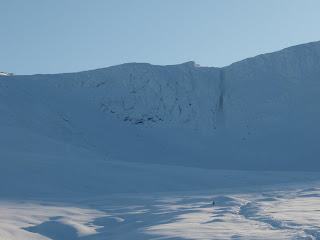 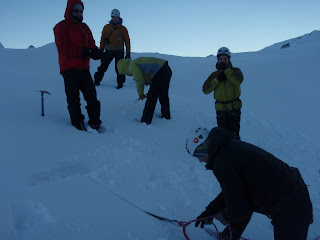 Today I was at Glenmore Lodge doing some staff training prior to a big block of work based there this winter. Neil, Derek, Kev, Dave and I joined George Mac for a lengthy review of paperwork and procedures and a wander into Coire an t Sneachda. Unfortunately we were looking at some teaching issues rather than climbing but there were plenty of teams out 'hoovering' their way up the well plastered crags. Teams were in evidence on The Message and a line just to the right, Hidden Chimney and its Direct Start, Jacob's Right Edge, one of the domestic staff from the Lodge soloed the Haston Line (crawl and back-stroke employed there was so much snow). Teams were on one of the ribs between the trident gullys, Fingers Ridge and over on Ficaill Buttress a team may have started up Belhaven but finished further right (Invernookie). One thing they all had in common was a lot of digging! Mention should also be made of Millie the SARDA dog, the final member of our team who proved excellent at destroying bucket seats and buried axe belays.
Posted by Alan at 17:24