That's it- my last day of winter work booked was today.
What a winter. Yes there has been climbing to be had but we've had ridiculous amounts of snow high up (just witness the cornices all around Ben Nevis today) and incredible winds. We didn't the big freeze thaws needed higher up to consolidate a lot of that snow until late on and then we had further dumps. There's a bit of ice but not a lot and today it was back to mild on the hill again.
Pierre has been waiting (almost in vain) for a half decent weekend day to get a route suitable for a novice, some views and a day when the summit of Ben Nevis would be accessible- today was the day. We went in towards Coire na Ciste with a couple of plans but the soft wet snow and strong blustery winds sent us to Ledge Route. We saw Jamie and Scott on with the same idea as well as a couple of other teams. There was a party on Thompson's Route and 1 on Tower Ridge but the hill seemed quite quiet today overall.
Although it was windy and hazy at least the plateau was clear enough for some views. The snow is receding slowly and the peg belay above The Curtain has reappeared as has the very top of the summit trig pillar. However the No.4 Gully cairn is still buried.
We finished with a mighty bum slide the length of the Red Burn and a brief encounter with old client Mike and his two friends (the team from Thompson's).
Time for lighter rucksacks, lighter clothes and tighter shoes now please!! 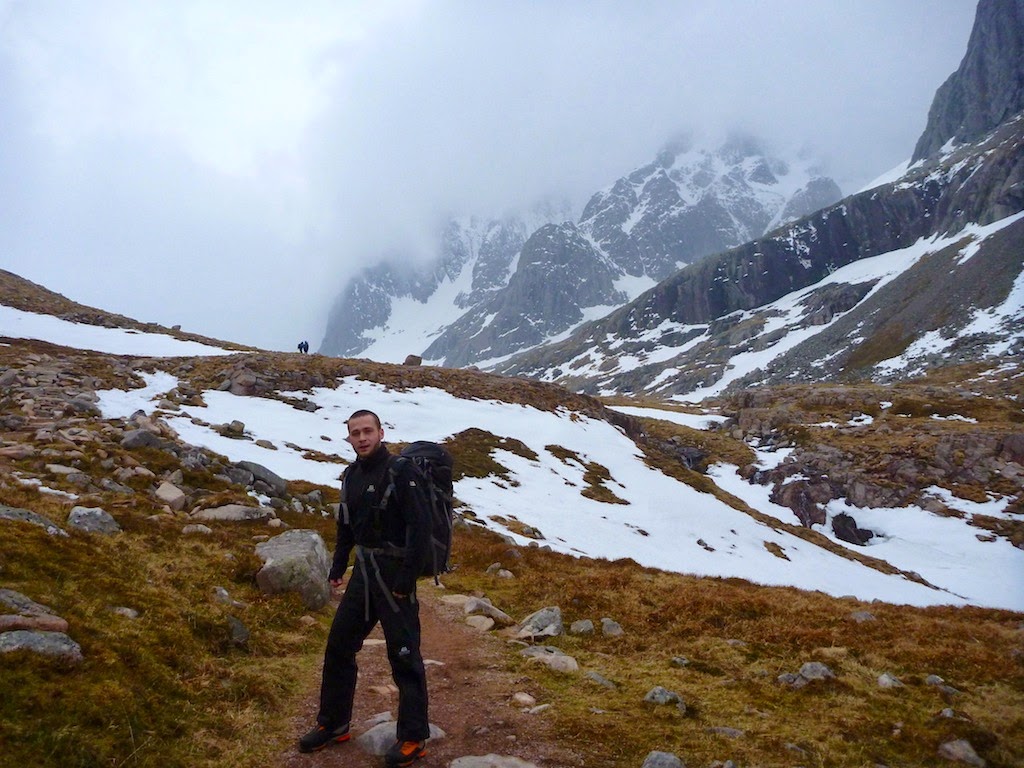 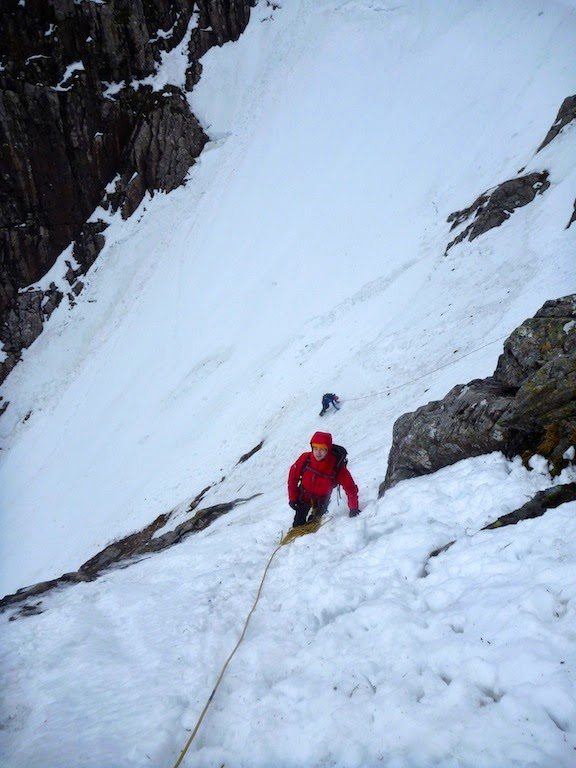 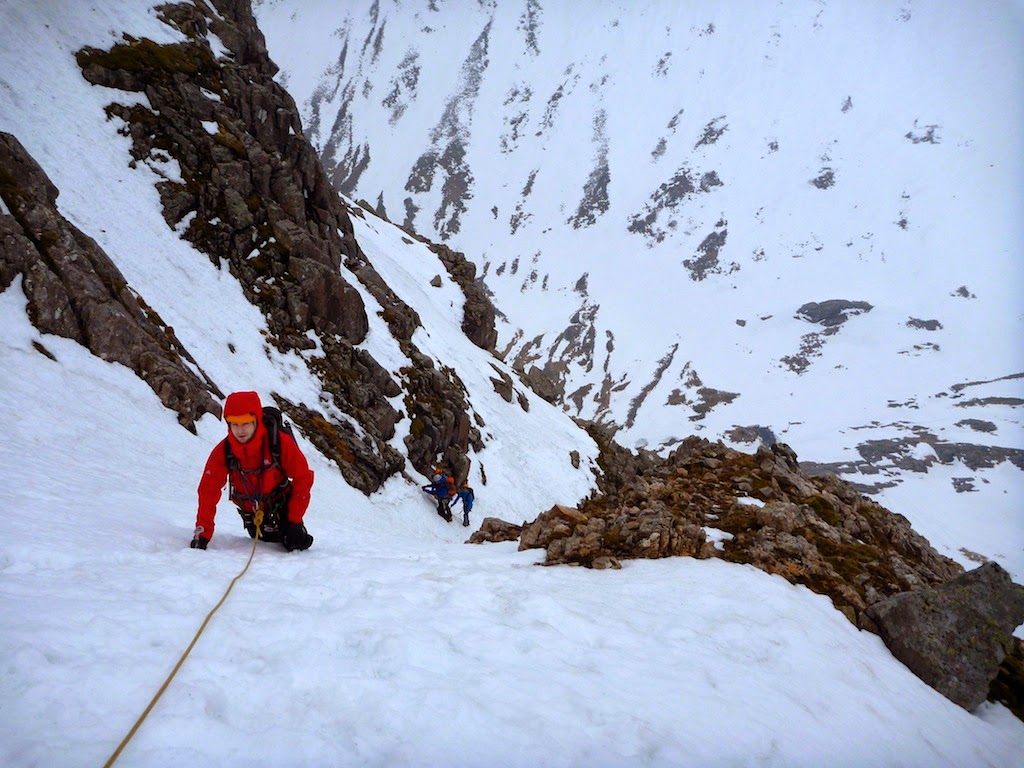 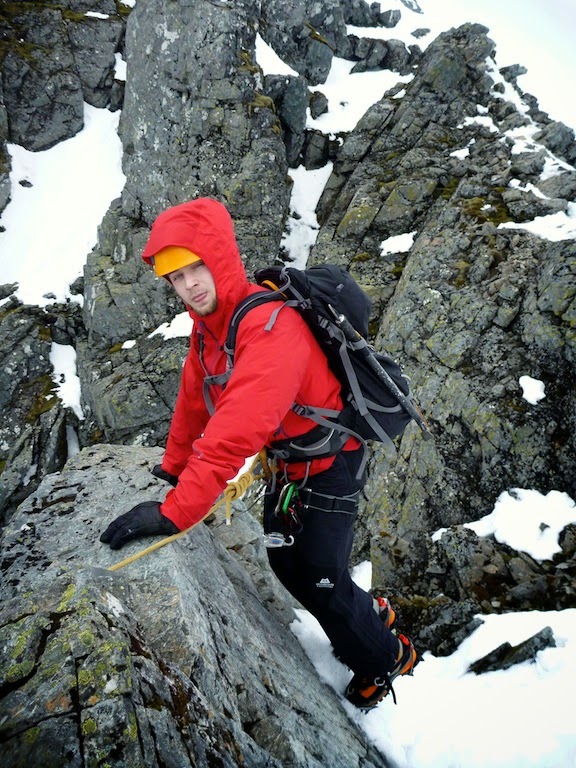 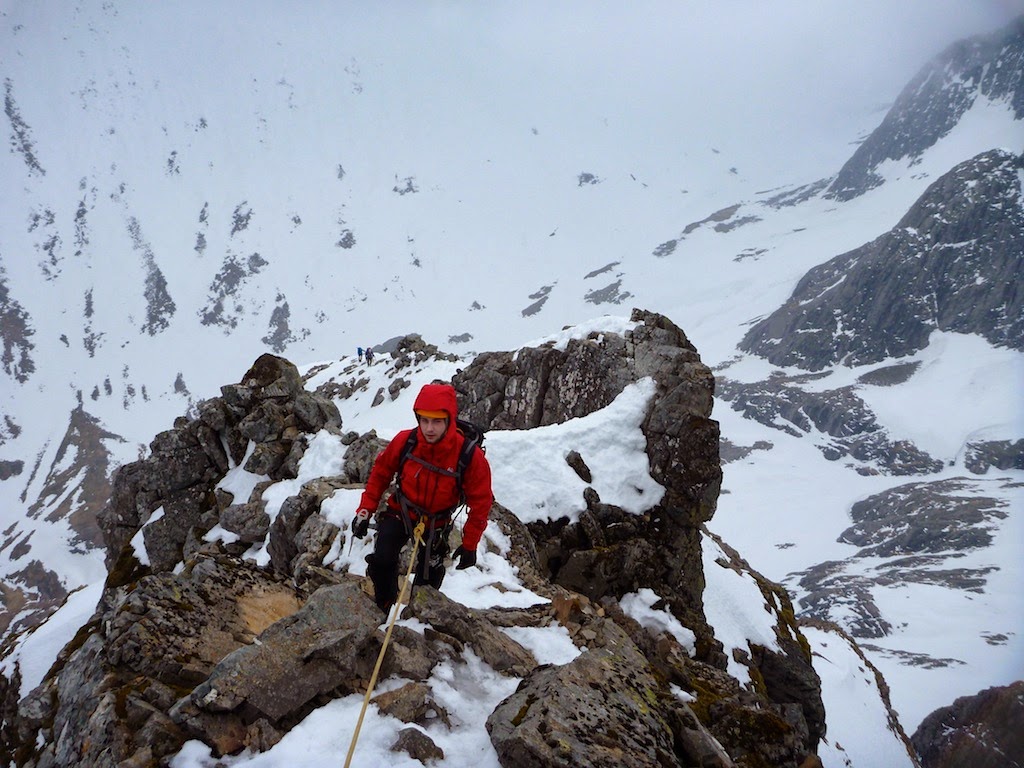 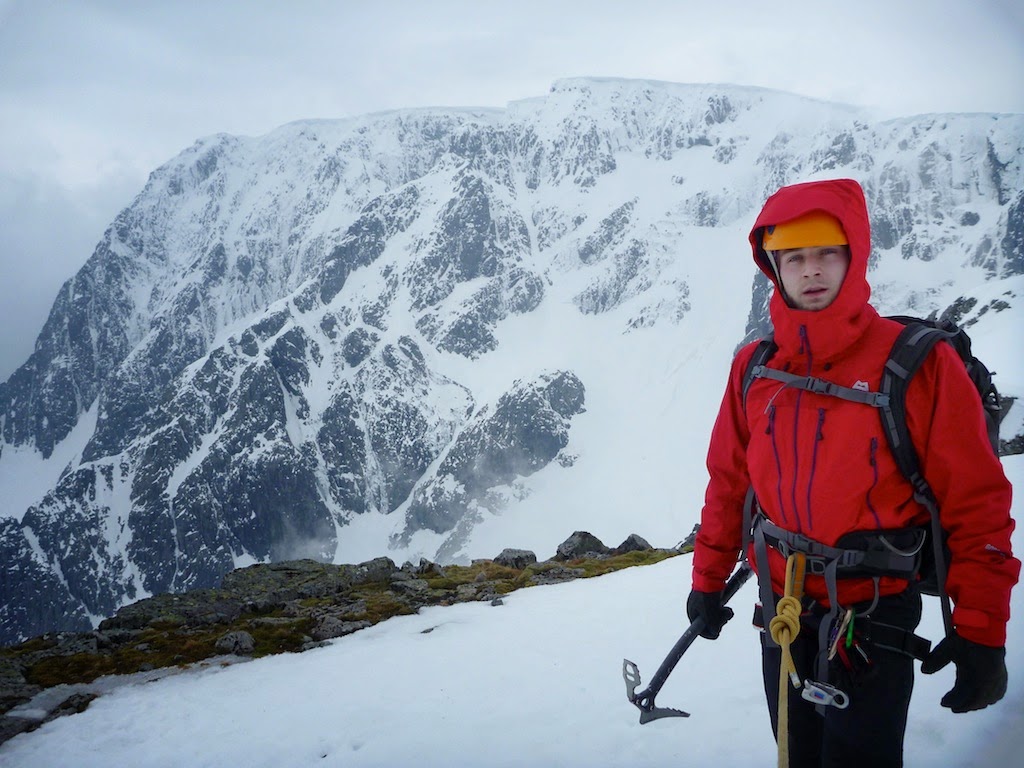 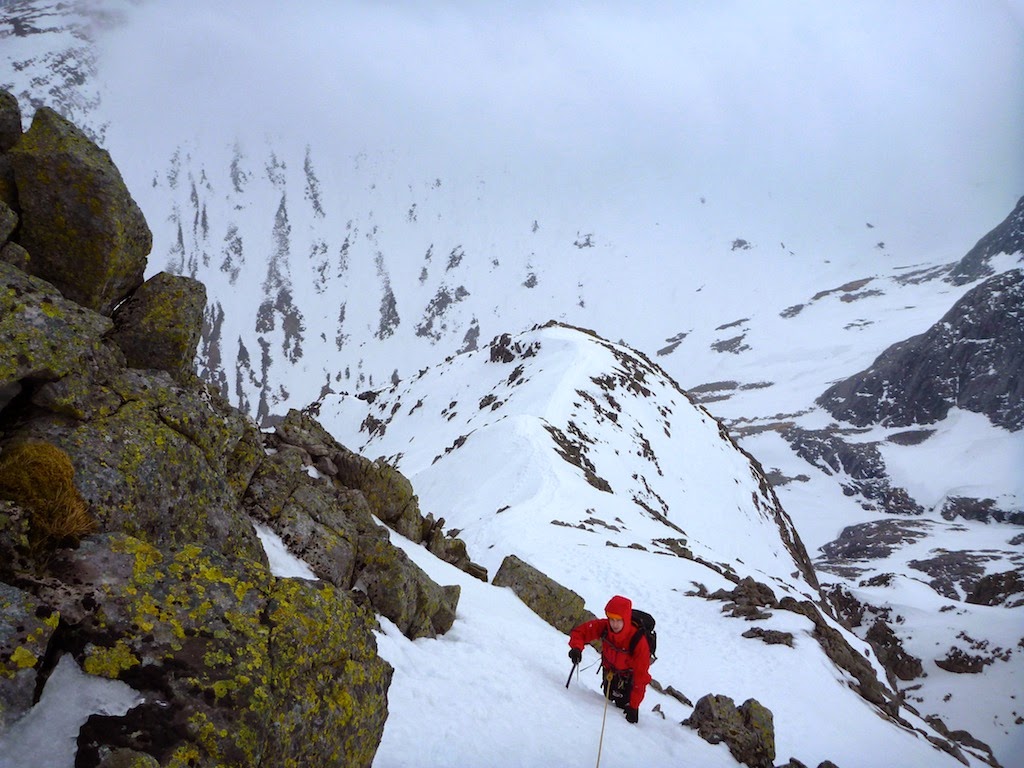 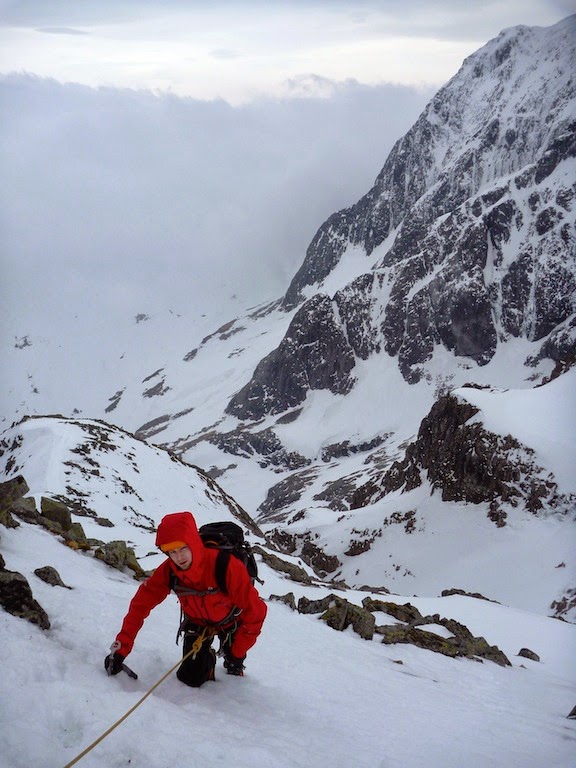 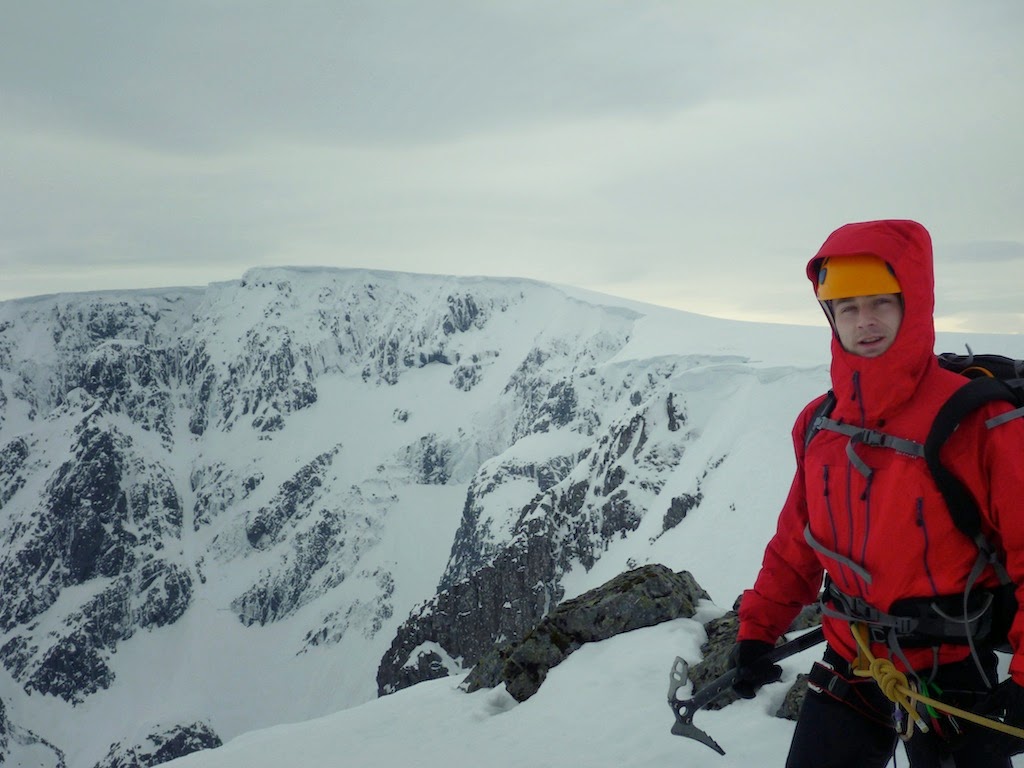 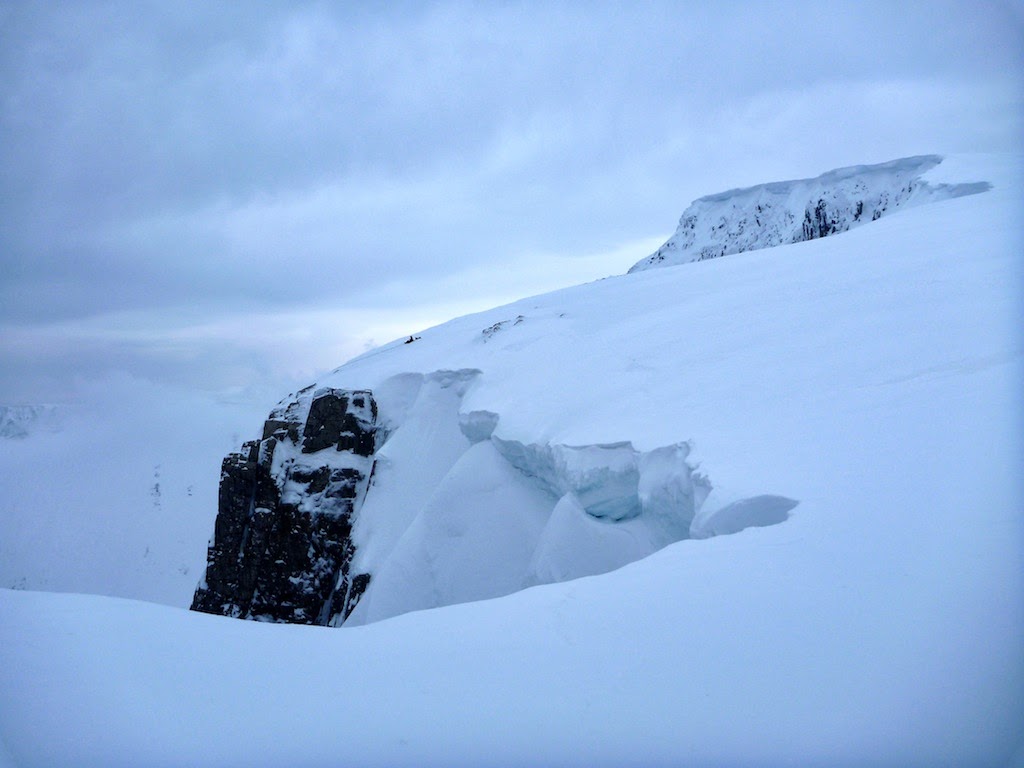 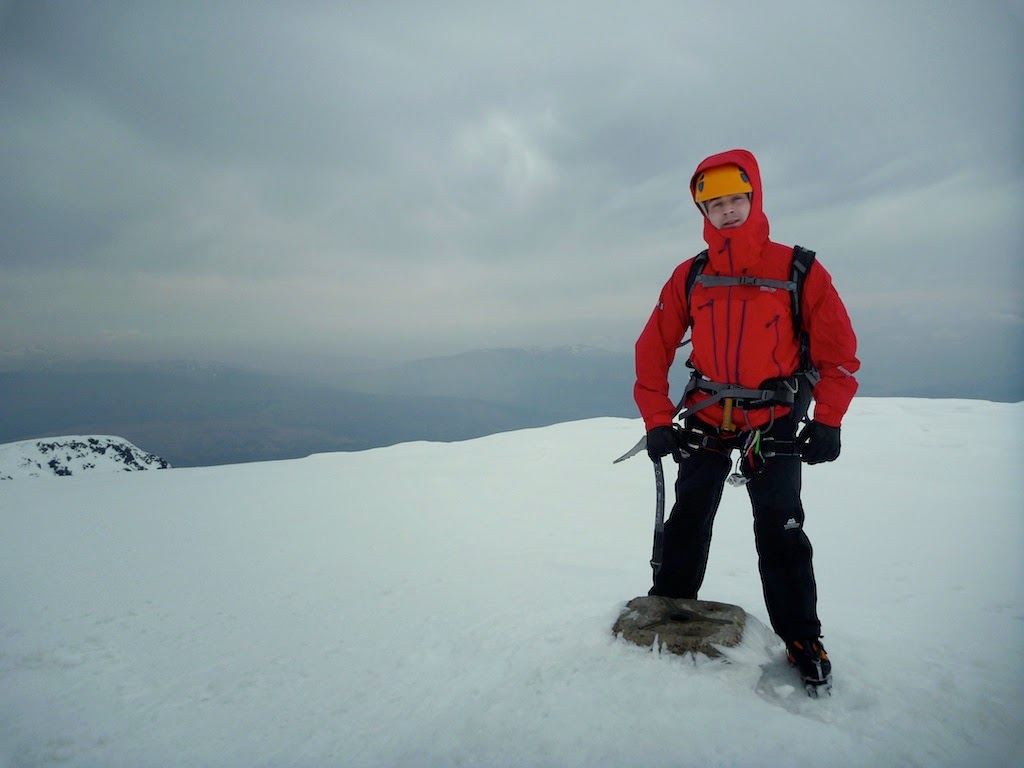 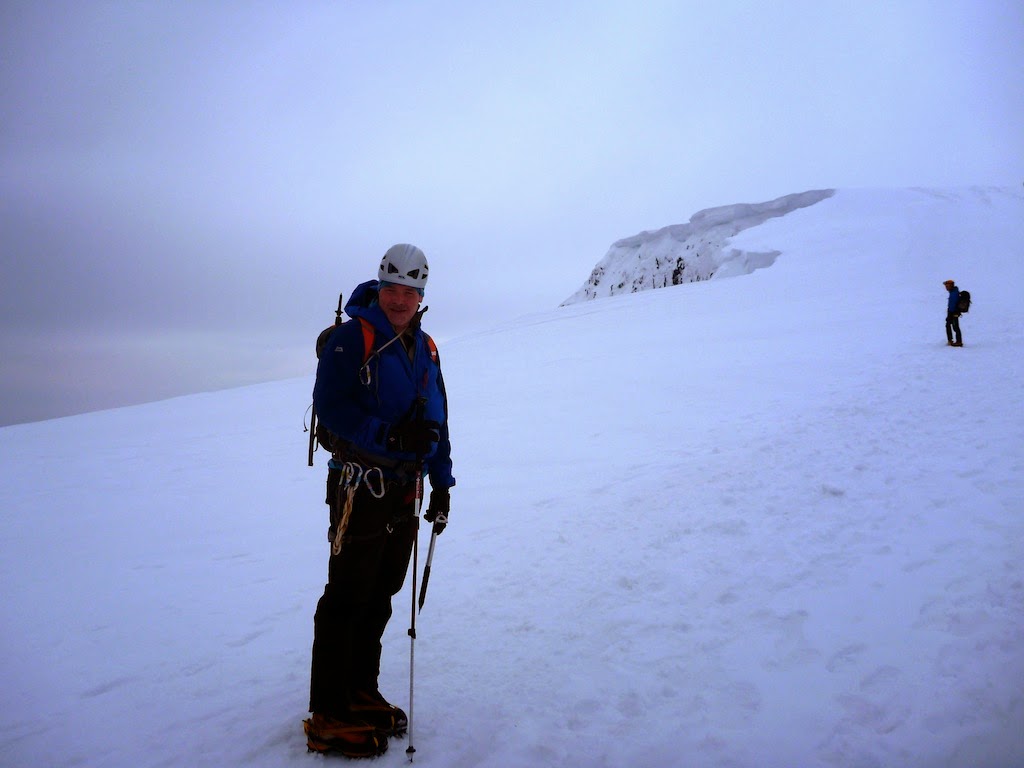 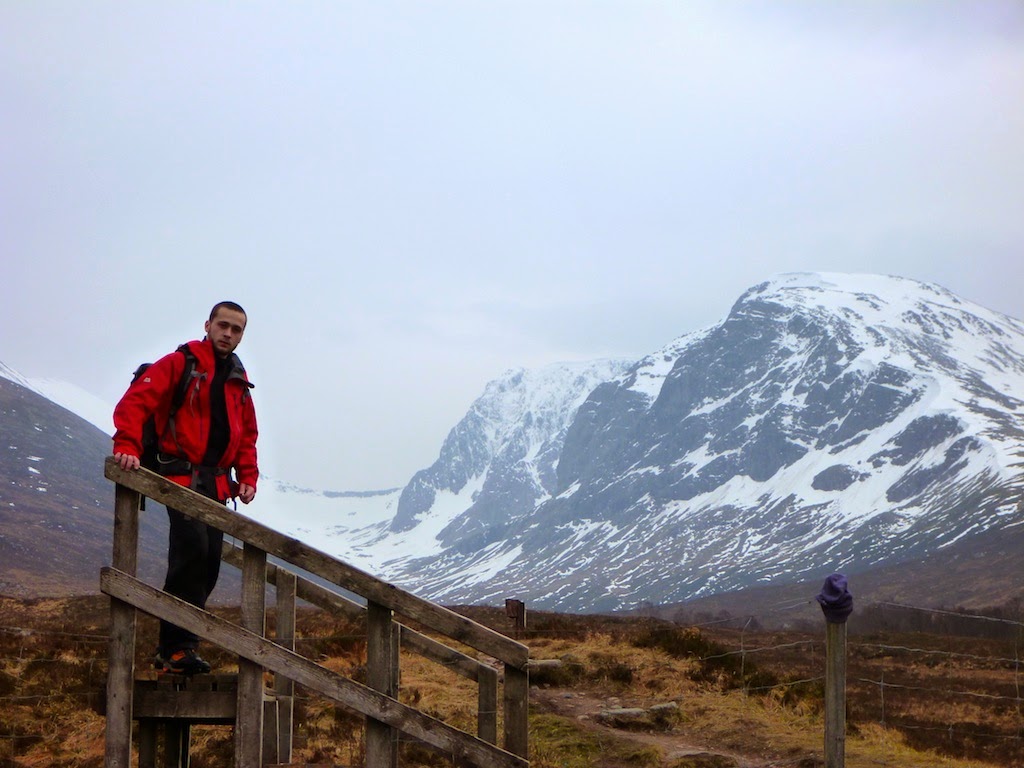