Moist and minging on Ben Nevis

Today i was out with Julian on the first day of an introductory mountaineering course. We were joined by Tom who is working towards his MIC Assessment who wanted to observe me at work.
It was wet but nothing like as windy as forecast. On the walk up to the CIC Hut we met some Americans on the way down. Then whilst we reviewed some basic winter skills we spotted 2 teams retreating from the Minus/Orion areas.
We looked at some introductory rope work and then made a scrambley ascent of the crags beneath Coire na Ciste (I didn't fancy going into a Gully today or anywhere under a cornice either between the rockfall and the odd sound of large things falling off in the murk above us). I was quite surprised to arrive near where the Ciste Lochains should be and find that the debris from No.2 Gully is actually closer to the lip of the Coire than they are. Things like the SW Ridge of the Douglas Boulder are now loose rock, earth and turf.
Having introduced a variety of snow anchors and abseiled off of a bollard we stopped in at the Hut where: Kev and Jon had taken their parties up Castle Ridge, Matt had accessed Ledge Route via a wet rock climb up the Curtain Rail (to wisely avoid No.5) and Tim was still out sponging up the moisture on either NEB or Tower Ridge.
2 pairs of gloves and only dampish pants- could've been worse. 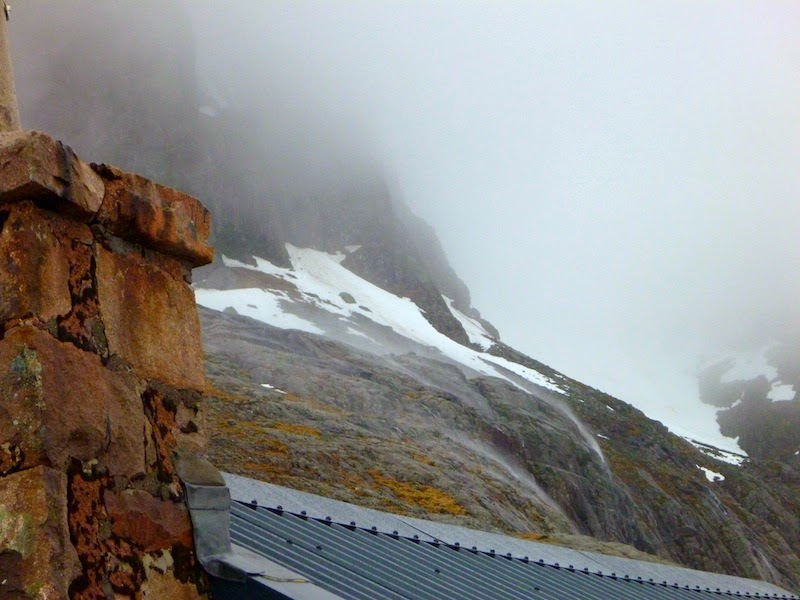 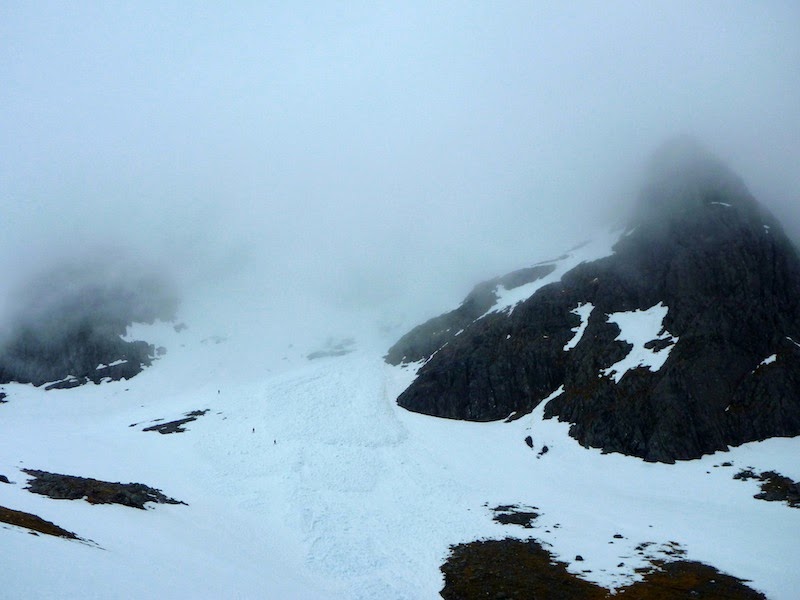 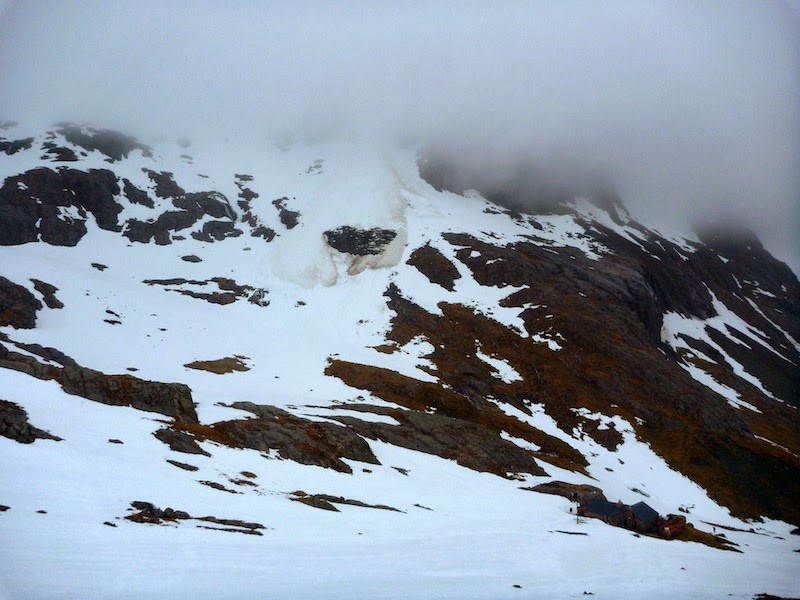 More debris below no. 5 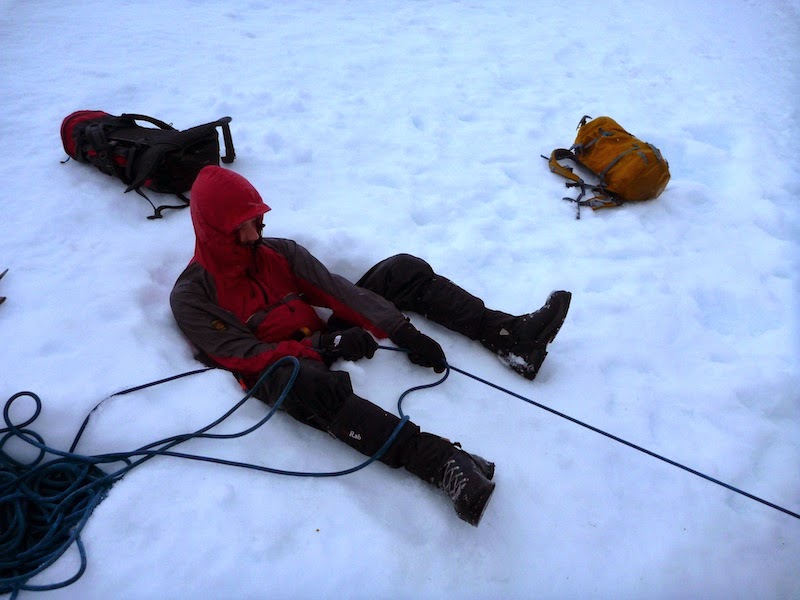 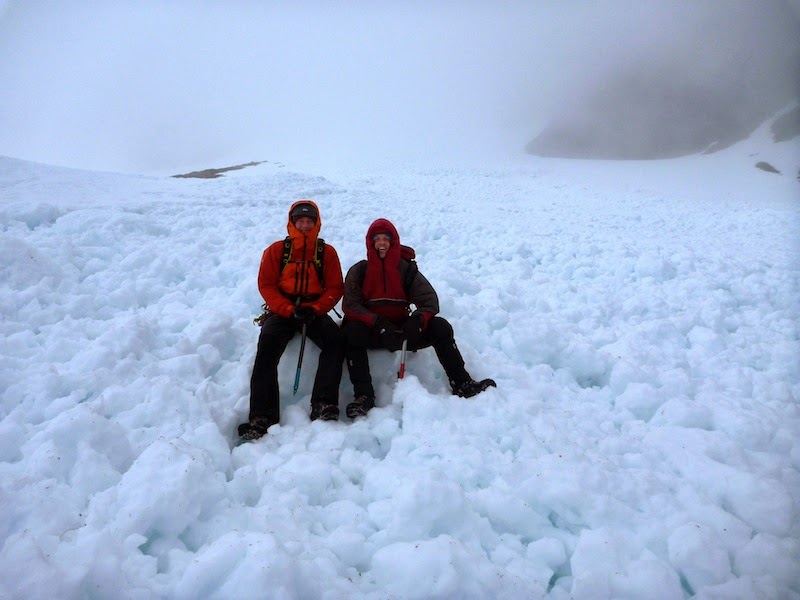 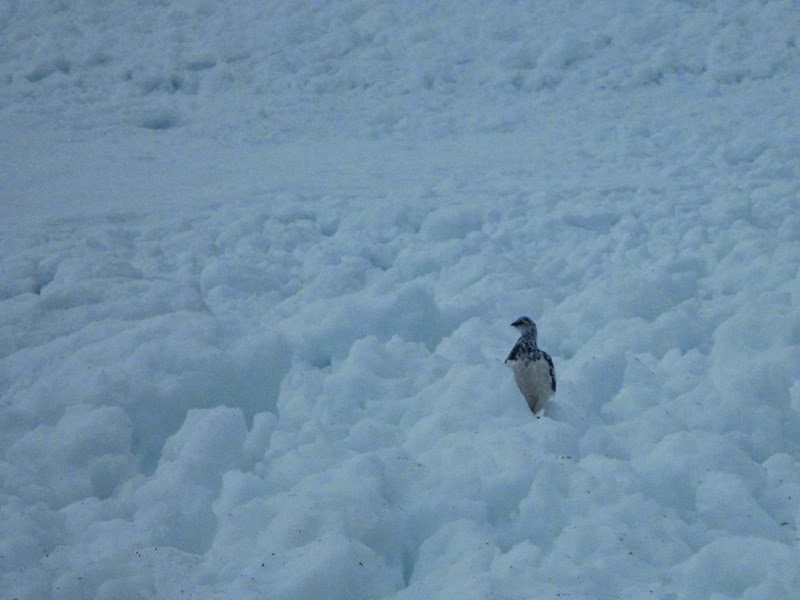 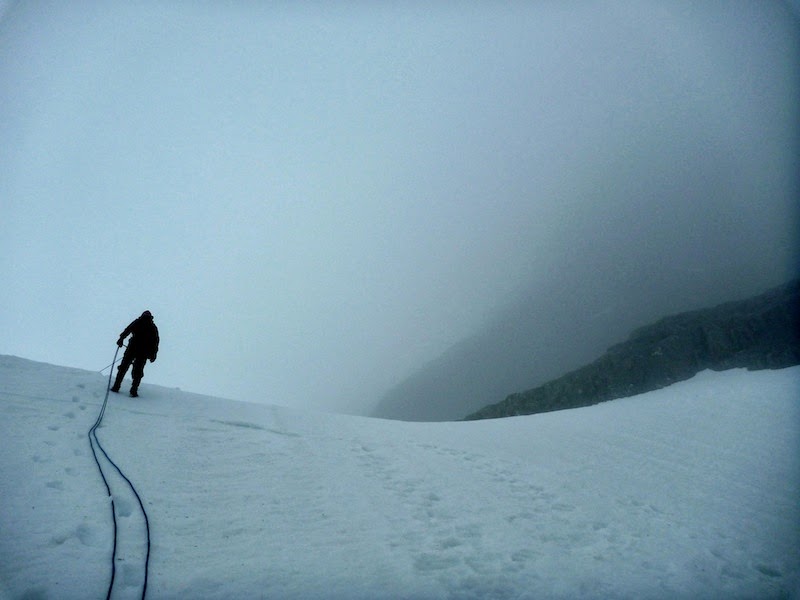 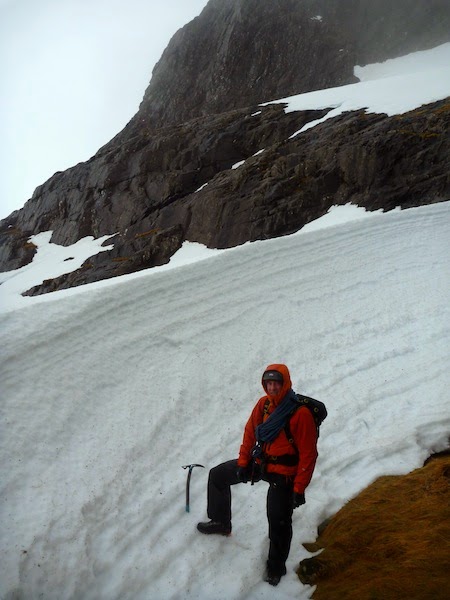 A snow profile in a wind scoop
Posted by Alan at 19:20