With another windy day (and a potentially mild one) forecast we wanted to cover some skills today so we headed to the north ridge of Cairngorm to play in the snow (via some emergency shelters dug in the stream bed on route). Its a potentially serious place in a thaw with large cornices at the moment and its quite a terrain trap. Along with Kirk and his team we spent a little time investigating various slopes on ropes before identifying one end of the meltwater channel as being quite stable and the other end as a lot less so.
Then it was steep snow craft, bucket seats, buried axes, deadmen and snow bollard abseils. We digressed into rope work for investigating snow at the lip of a slope and triggered a small cornice. Then everyone wanted a go! 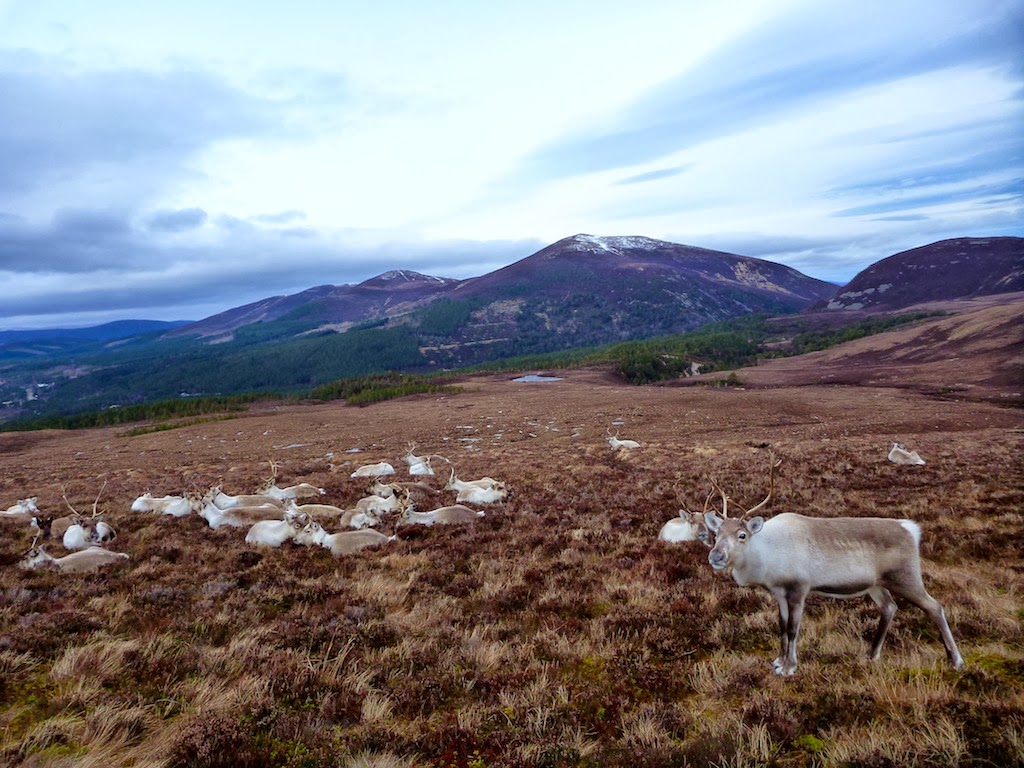 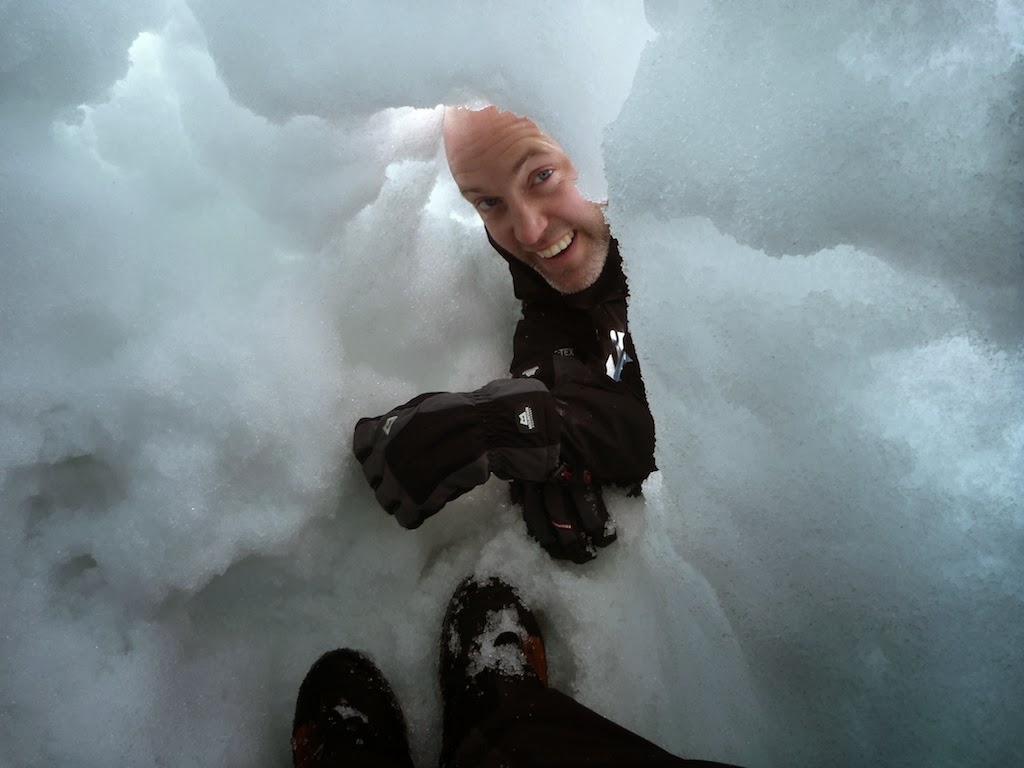 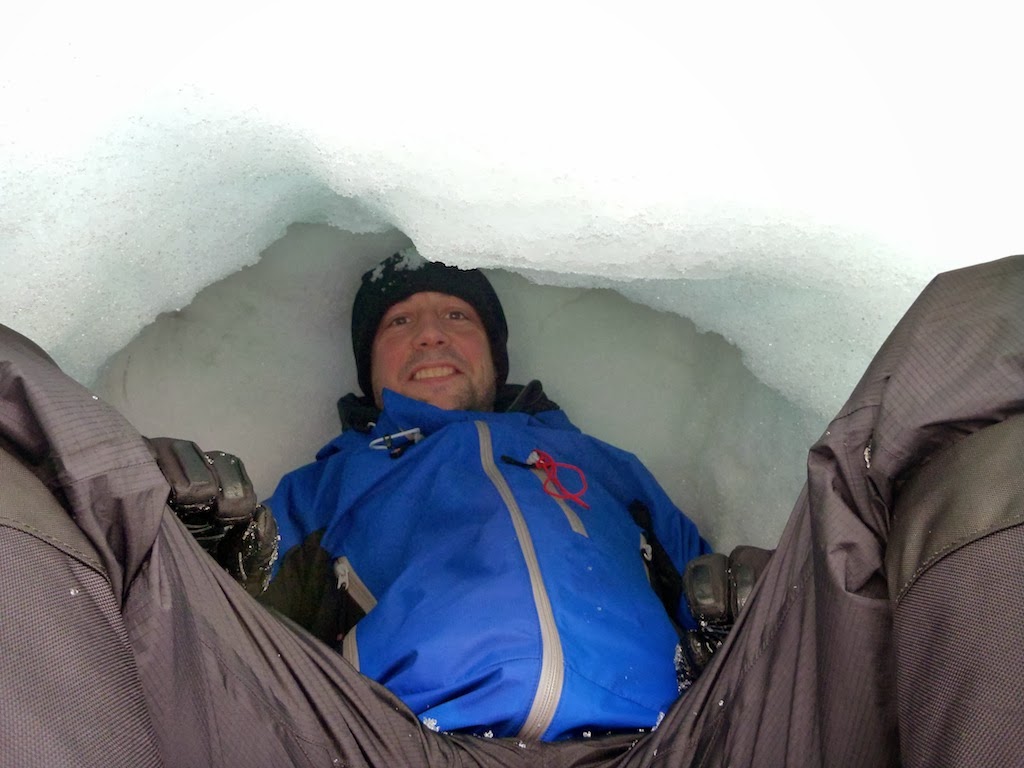 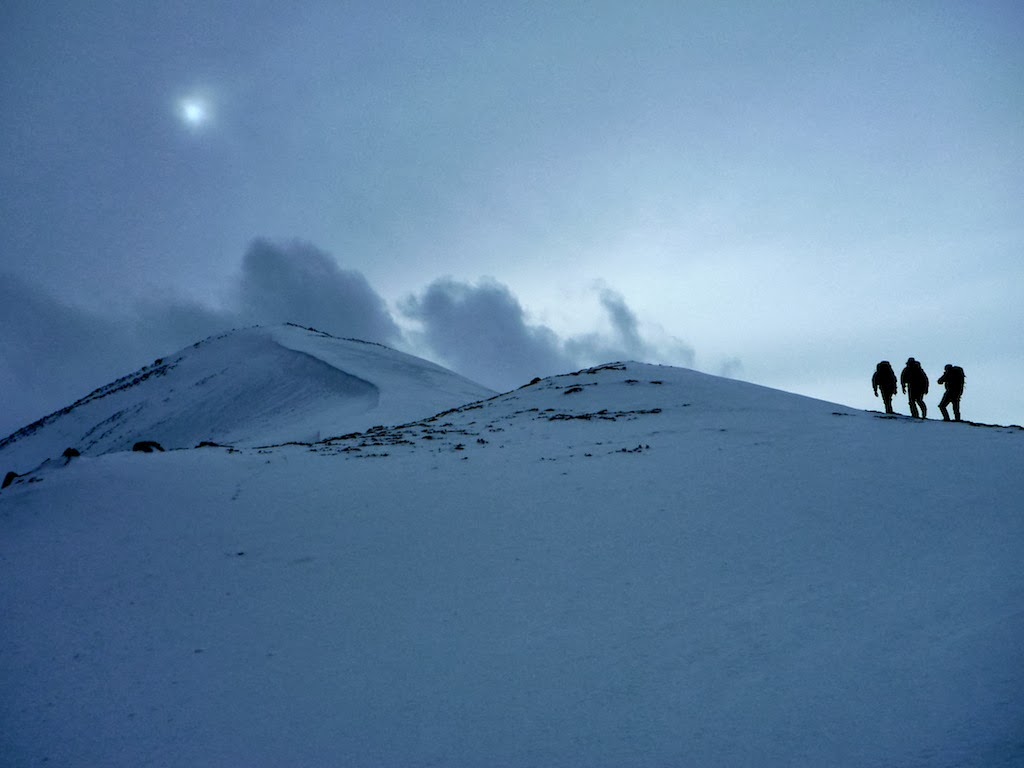 Kirk's team on the N Ridge 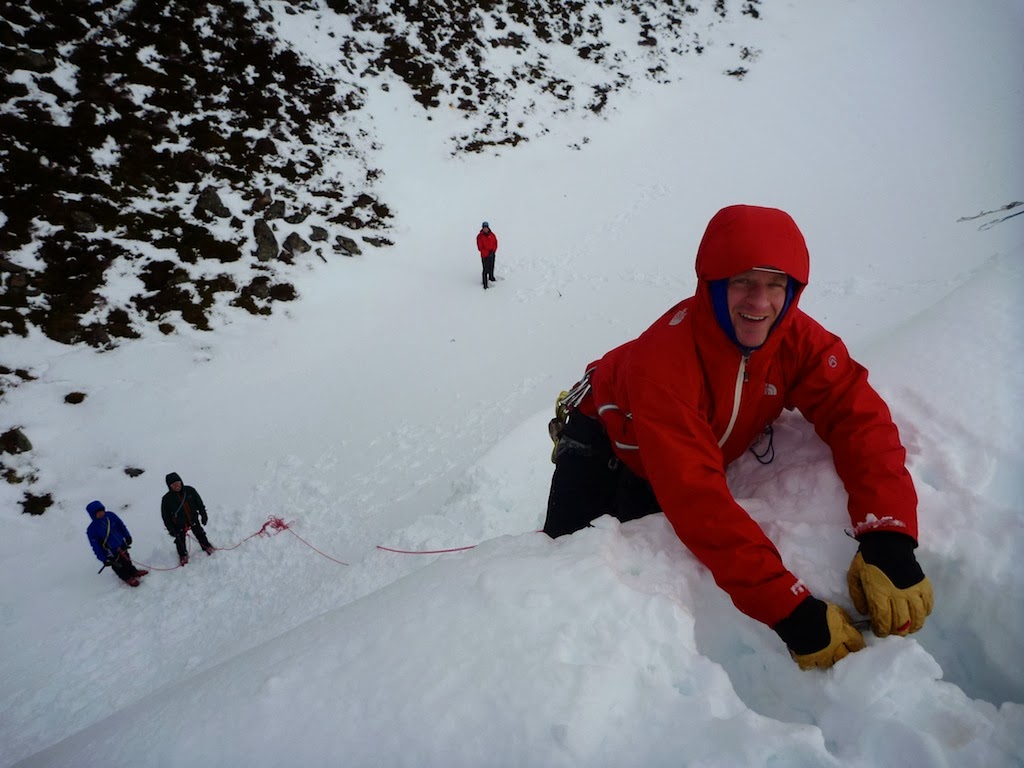 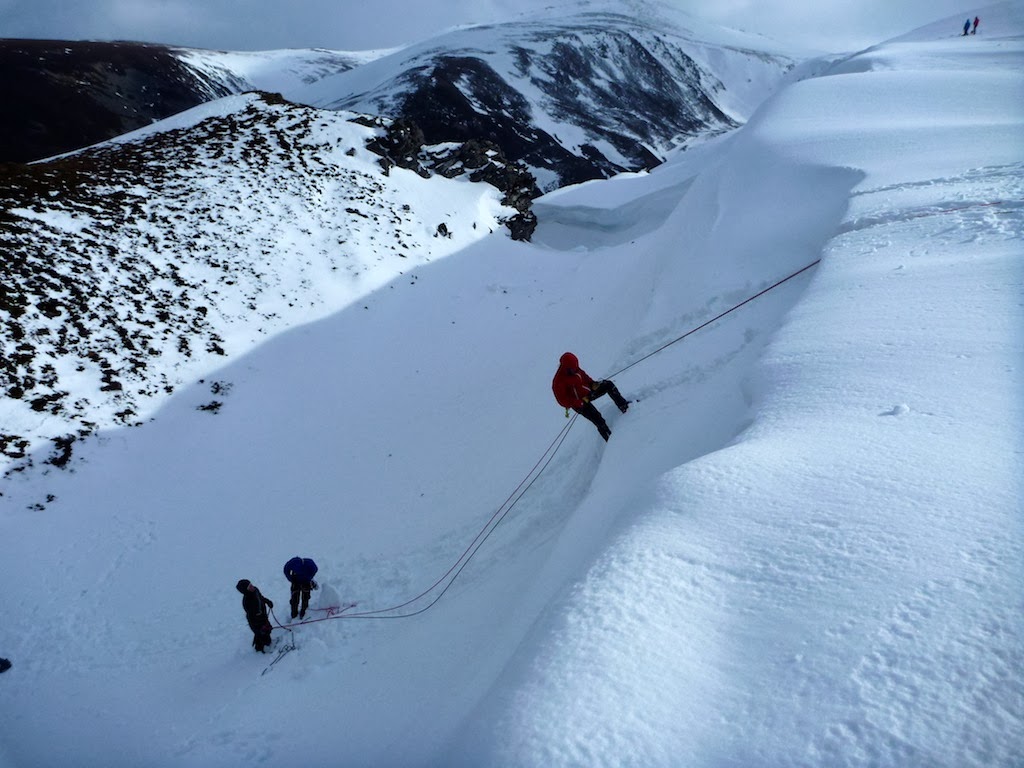 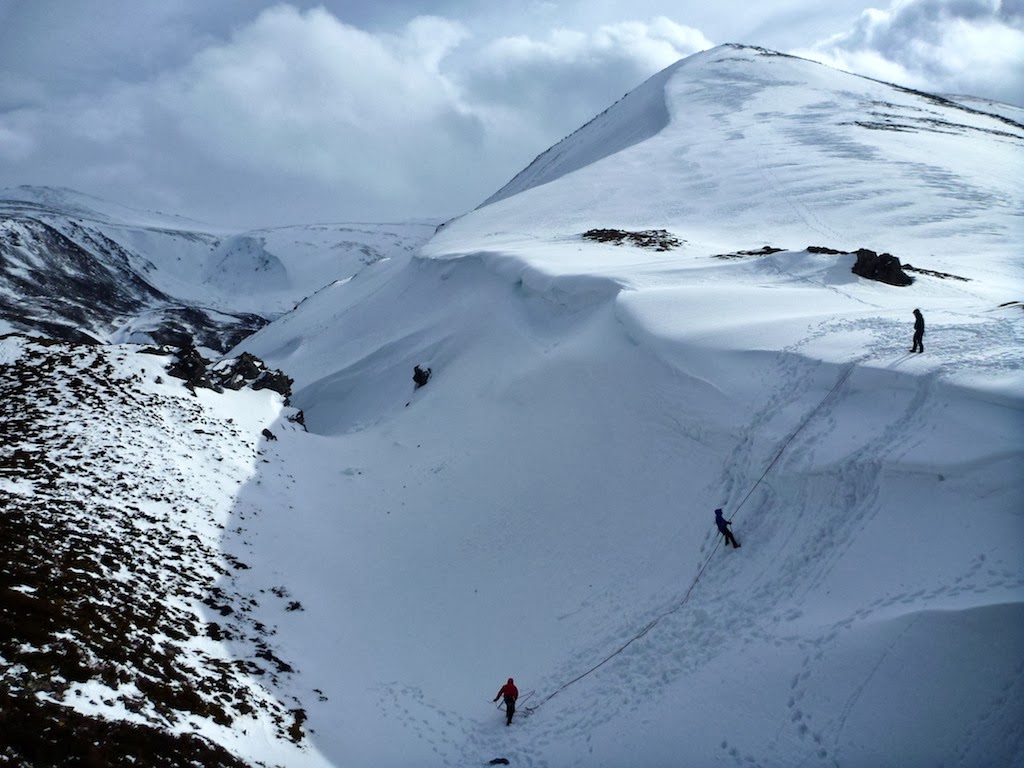 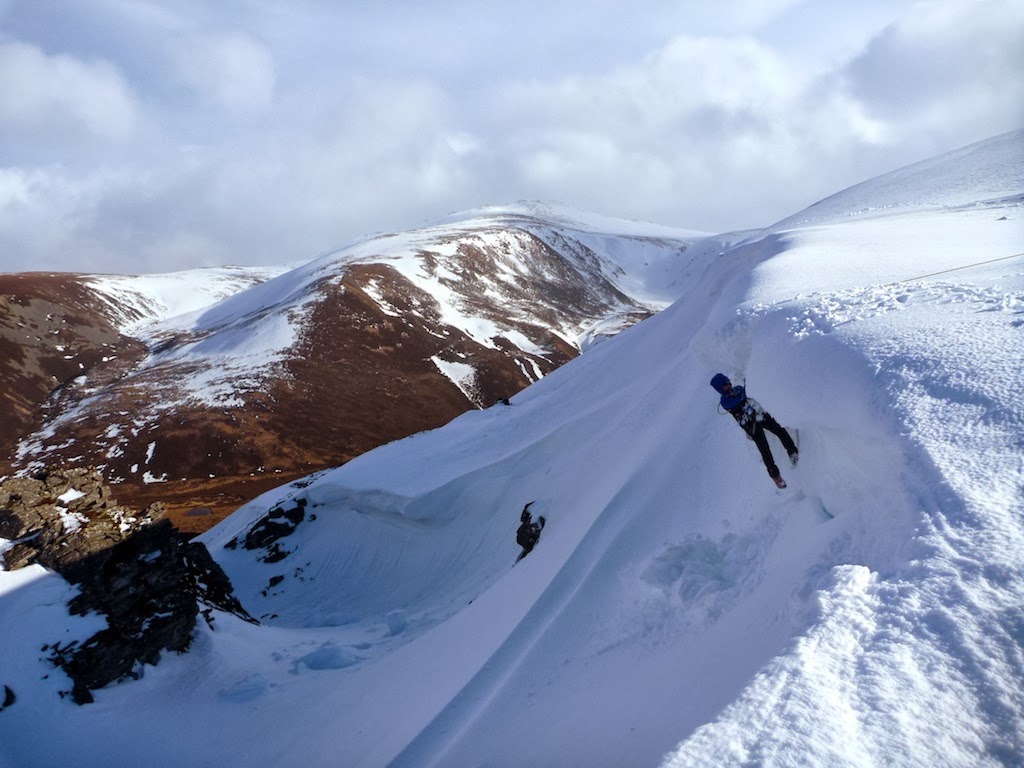 'So that's what it feels like to fall through a cornice!' 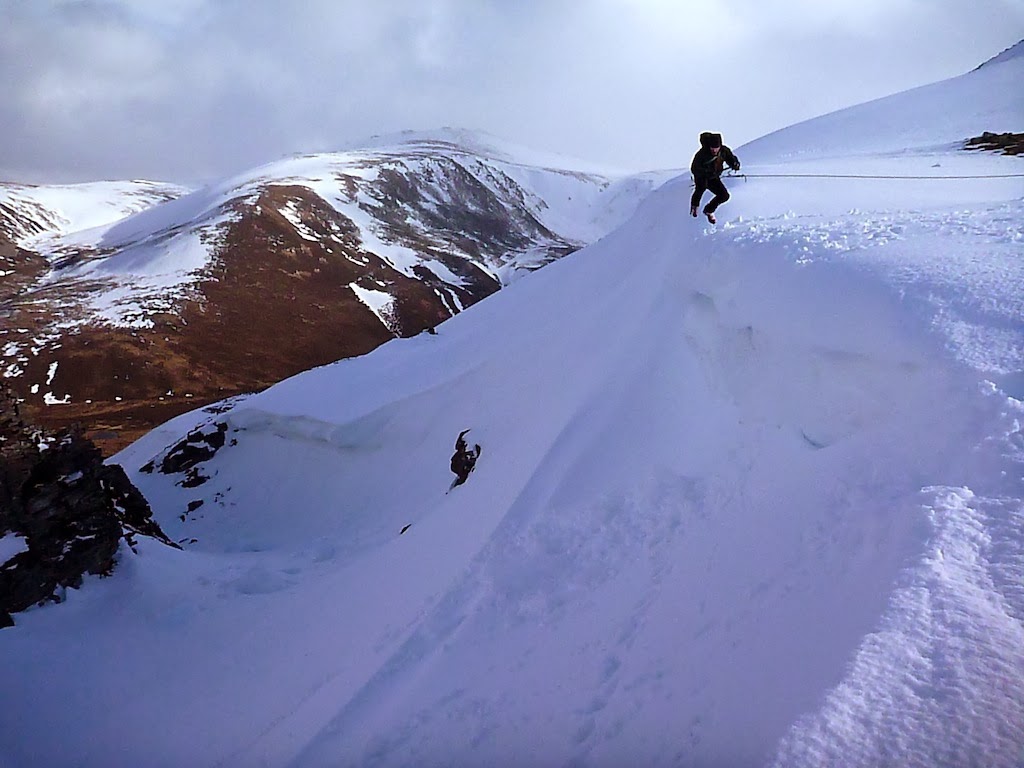 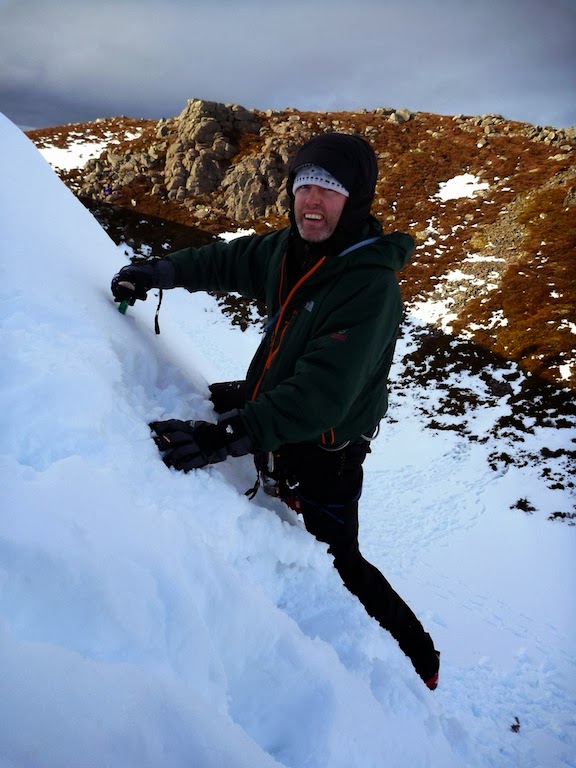 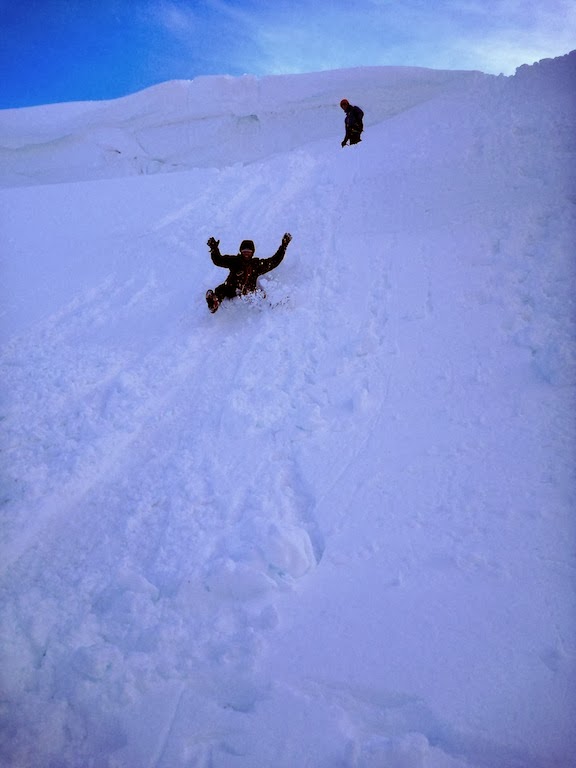 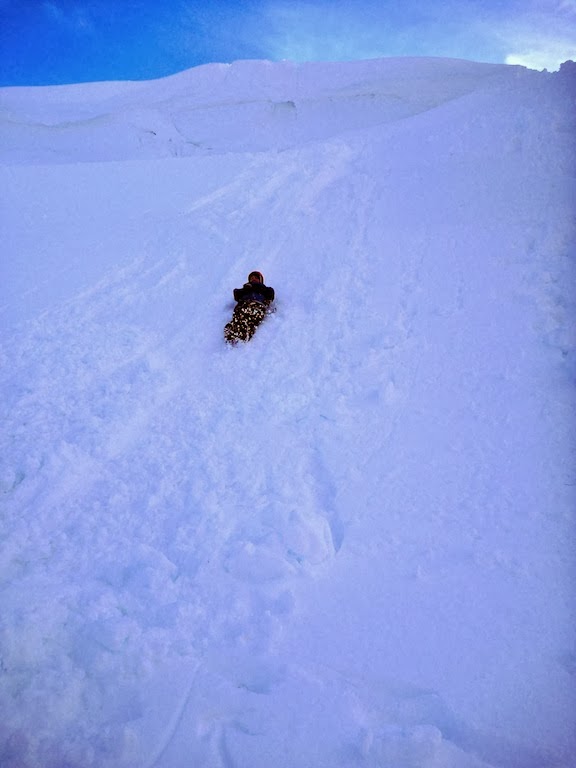 Human torpedo
Posted by Alan at 18:54