Out today with friends (work starts in earnest on Saturday so I've been enjoying my holiday) Steve and Dave. We passed a breezy CIC Hut and turned the corner into Observatory Gully to quickly find ourselves walking on firm neve-a nice change.
We watched a hopelessly optimistic pair trying Point 5 but they soon realised that all that white stuff isn't consolidated i.e. and baled. They then walked above us across the bed of the gully tied together with 10m of rope. Then they kept going and climbed up towards the base of The Great Chimney (which looked black). Each to their own but the rope was doing them no favours at all, if one had fallen the other would have been yanked off and as the climbed up towards the chimney it was just in the way. 2 minutes stowing the rope- even in coils around bodies and soloing unroped would have been safer, less faff and probably easier to manage. Sermon over.
We beelined towards the popular 2 pitch Grade III Tower Scoop which whilst far from fat was perfectly climbable and took screws nicely. The rock all around at this height was well rimed but there was very little ice on Smiths or Indicator Wall. 2 pitches (top of that second pitch is always good value for III) saw us at an in situ slot for buried axes (although Dave's bucket seat bottomed out on rocks). There was a pair pitching up Tower Gully above us at this point. We untied and carried the ropes in coils and headed across to Good Friday which we'd seen a team disappear up. Again its not fat but perfectly climbable at the Grade. We carried on soling around the corner to find another team were toying with the Direct. This let us leap frog ahead on the normal route (they retreated and followed us) with a pitch each for Steve and I to the plateau.
Amazing rime on the summit Trig Pillar- never seen it so long up there.
We headed down to the top of No. 3 Gully and descended it into a vicious updraft making it hard to look down at our feet. We chatted to Iain who we spotted soloing off the top of No.3 Gully Buttress. He and his partner had been climbing on Archangel in the Coire but had experienced strong cold winds in the morning and that combined with the fact that the rime is apparently covering an unpleasant layer of verglas caused them to stop play.
We chatted with 2 parties that had done No.2 Gully Buttress after reading my blog (a lot to answer for the blog) from the other day- more frozen but still no gear. Both Green Gully and North Gully were climbed but with little protection on the latter. We spotted a team that looked to have come up somewhere near Experts Choice, Tower Ridge was busy and a team were high in Glover's Chimney although the bottom still looks very lean (well done). Lots of folks enjoying one of the better days of the season so far. Its far from fat but is slowly getting better and the weather looks favourable for better conditions by the weekend. 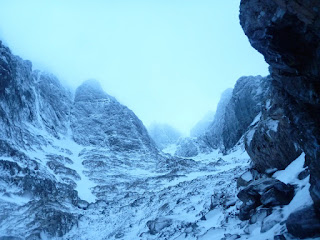 No Point 5 isn't in nick 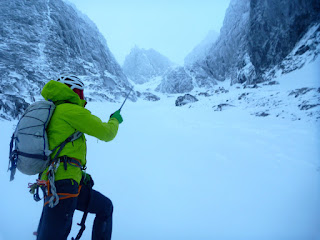 But Tower Scoop is! 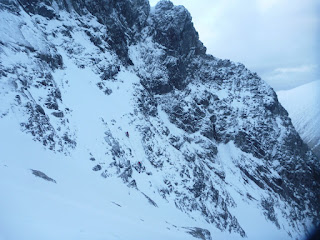 Is that really the best way to do it?? 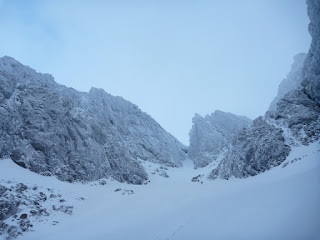 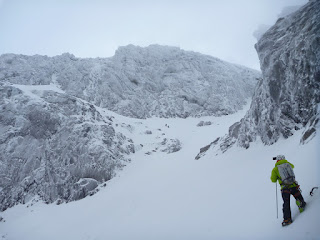 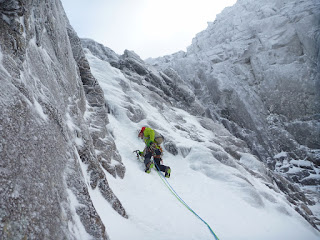 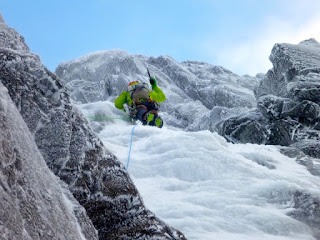 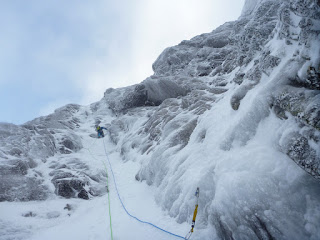 Dave on the top pitch 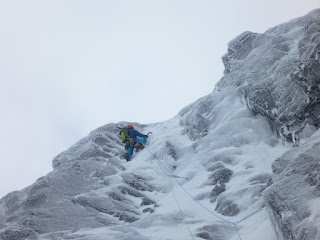 Plenty of ice screws in 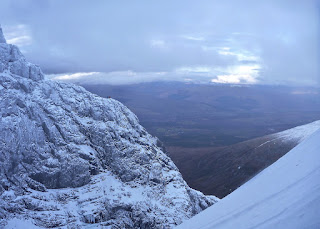 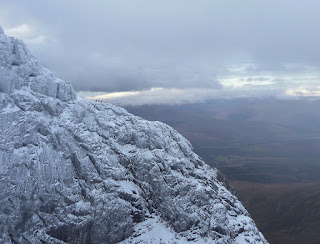 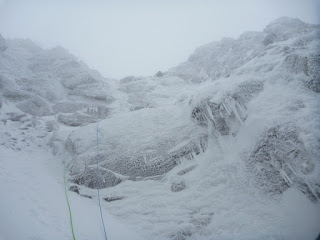 Good Friday also not fat but fine to climb 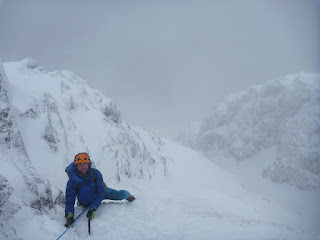 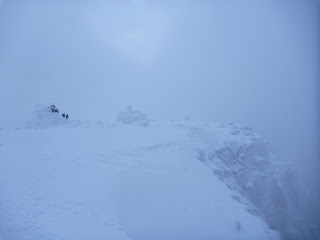 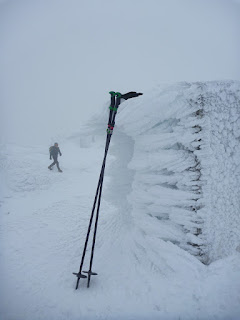 Heading across the plateau 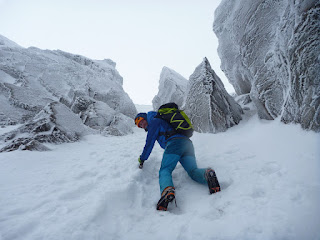 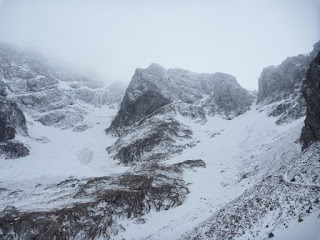 Coire na Ciste rime but verglas lies beneath
Posted by Alan at 18:42