Today I was out working with students from West Highland College introducing them the the world of winter walking. With the course running to the college day and the need to get them kitted out first we opted to head for Nevis Range to get to the snow quickly. I had a team of 3 out and in the gondola we looked at the avalanche forecast and chatted through the plan for the day. We walked round to the Nid Ridge chatting about what we could see, what hazards might trip us up on the day etc. and then I expanded a pit dug yesterday to chat about layers in the snow and explain common avalanche conditions in Scotland. From here the snow was still soft so we chose a steep line explaining the use of the axe, the boot and, after we'd put them on, crampons. Then we followed the Nid Ridge all the way up to the Ski Patrol Hut for lunch. The plateau was clear at this point so rather than my plan A of doing some navigation we dropped down to a spot above the Quad Chair and I fished out the rope so the guys could experience a little fun on some steeper mountaineering ground on the west face.
The snow was wetter today and there was a lot of evidence of wet snow slides including lots of debris under he climbing areas on the East Face. A party were on Stirling Bridge, another on Morwind and a soloist had a wade up Forgotten Twin. 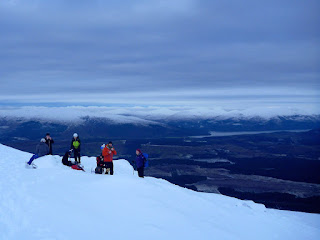 Kitting up below the Nid 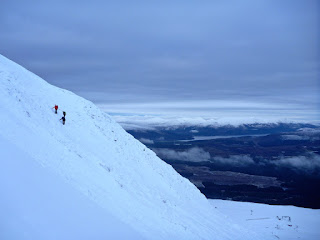 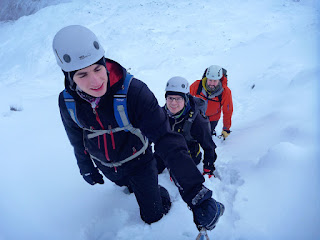 Nearing the top of the east face

On the crest of the Nid 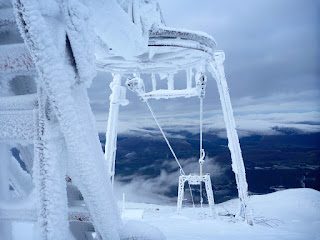 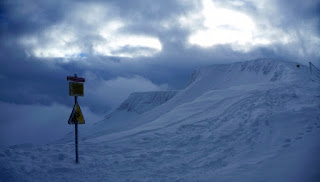 Following Jamie's team along the edge of the east face 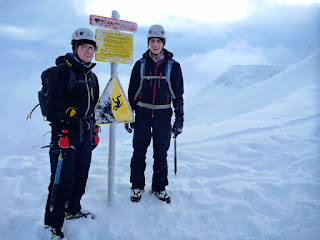 We wont be doing that! 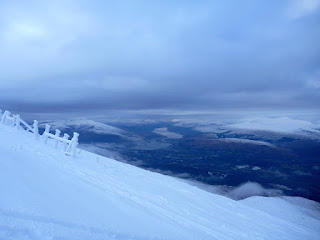 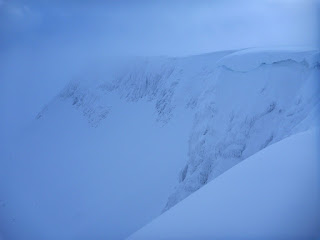 Can you spot the belayer? 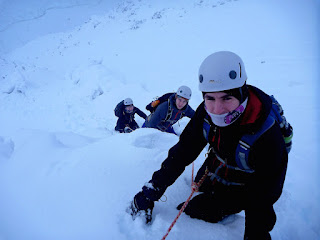 A little fun on the west face 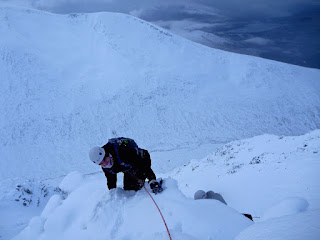 Topping out again
Posted by Alan at 18:30