Windy today. We had hopes of making it to an ice bulge we had spotted to look at ice pro/belays/etc but with winds of 60+mph it was always going to be a struggle. Our other tick for the day was to look at crampon work and that was possible as we gained height from the car park despite the gales. Again today overarching everything we did was the avalanche assessment and it reached the point today where there were enough red flags to turn us around. Back at The Lodge we put some of the FUNdamentals of Climbing into practise in a winter climbing context, revisited today's decision making process and did a primer for tomorrow's mountaineering day. We did see a couple of teams heading towards Coire an t Sneachda with climbing kit… desperate people… and someone did get a route in at Creagan Cha No. 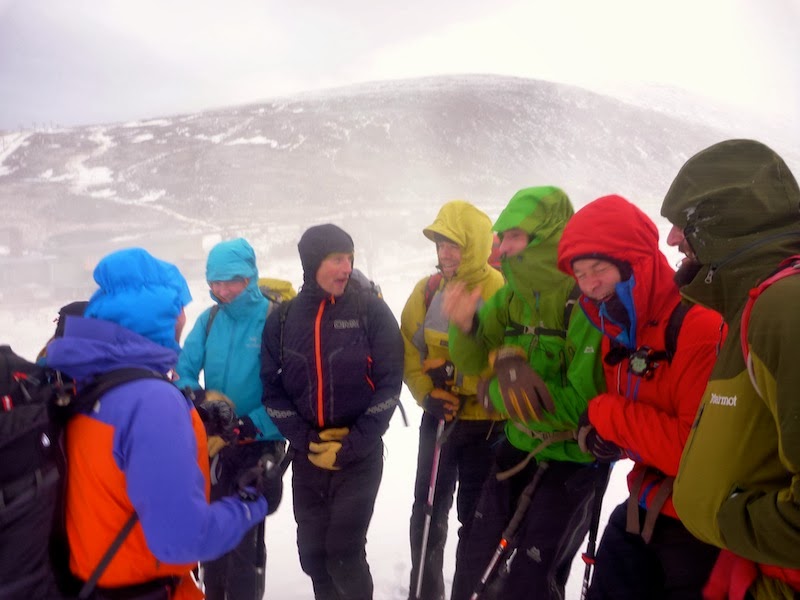 Hysteria at the Car Park 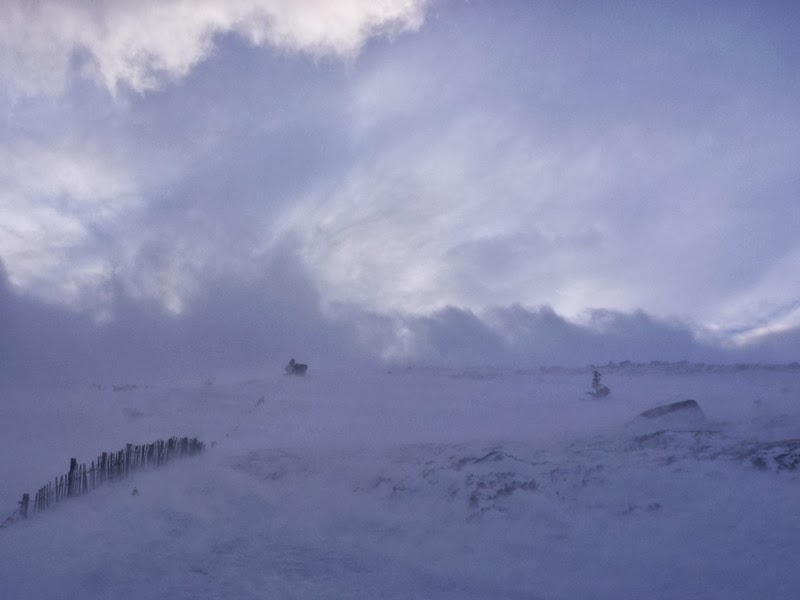 Phil and Bill sheltering behind the smallest sapling anywhere... 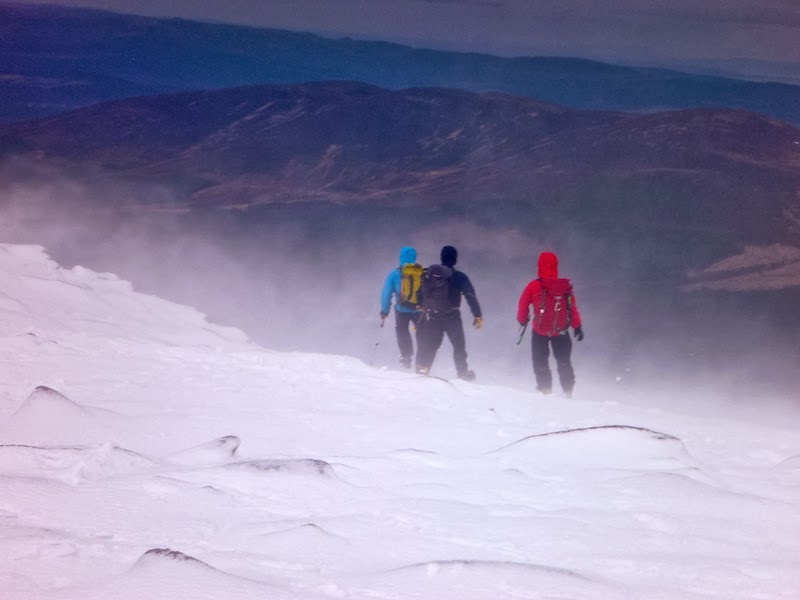 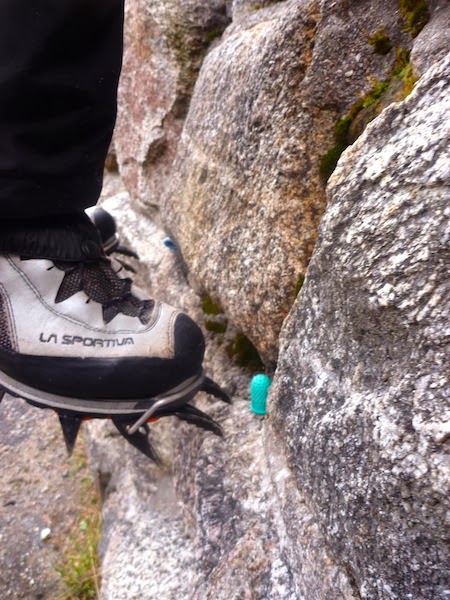 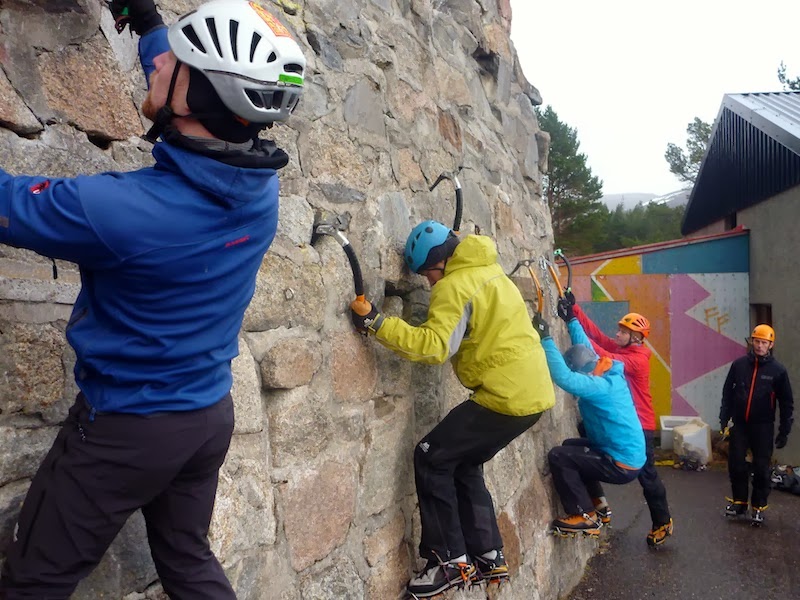 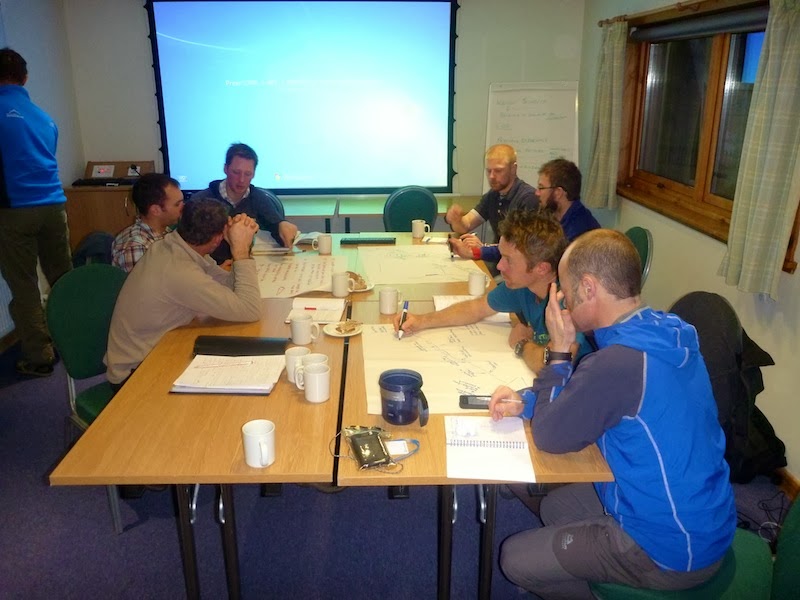 I recognise those sideburns...is that JC aka Iain Murray?

LOL can see the resemblance but no!