Finally a day with a couple of tools in my hands! Day 4 in the Cairngorms working for Glenmore Lodge and today the focus was on personal climbing and parallel ropework. We found a scoured spot observing the copious amounts of debris beneath 40 Thieves, Aladdin's Couloir and the Trident Gullies- probably from yesterday's mild temperatures and the enormous cornices running along the top of much of the Crag. Teams looked to be active in the area of Original Summer Route, Doctor's Choice and Damnation (the first pitch of which looked like a I/II solo).
Whilst the climbing may be a little easier than at some times the protection is very hard won and the threat of avalanches and collapsing cornices is considerable here at the moment. If you are thinking of going out this weekend read the SAIS forecast 2 or 3 times. Try noting down the key phrases or points. Now hold this up against your route planned for the day (the whole of the route, including approach and exit slopes). Do you really want to go 'just for a look' that much? 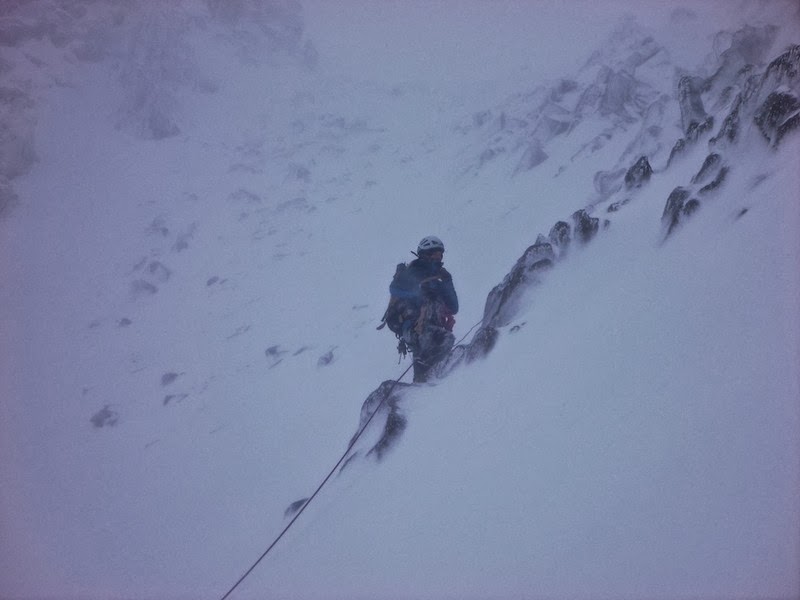 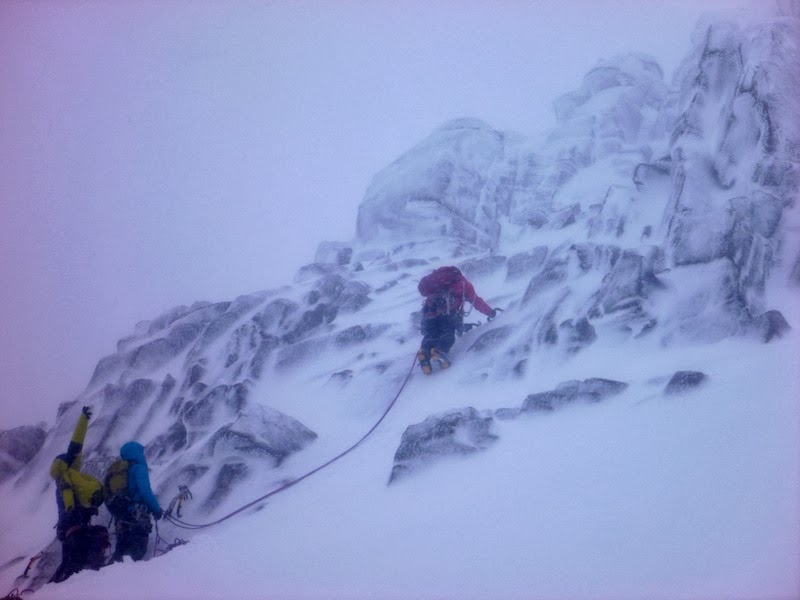 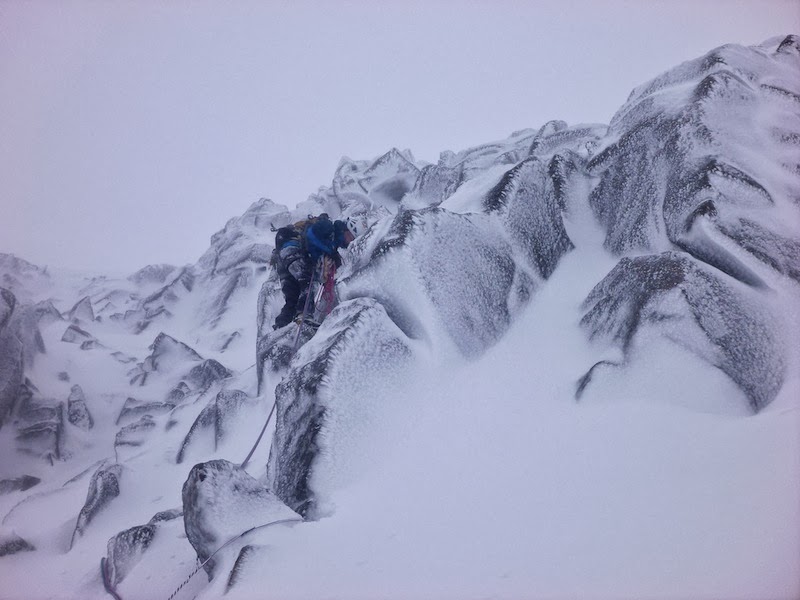 'Must be a runner in here somewhere?!' 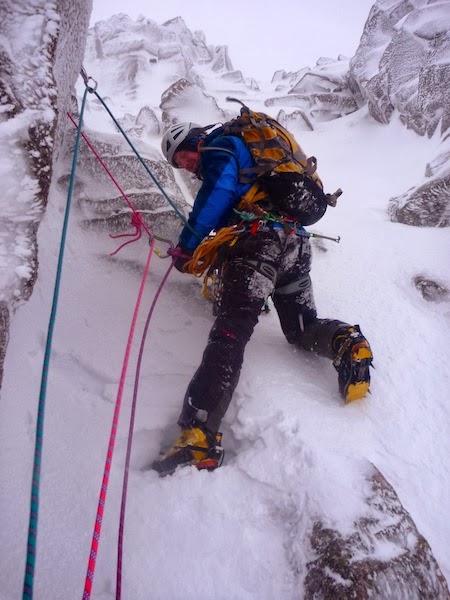 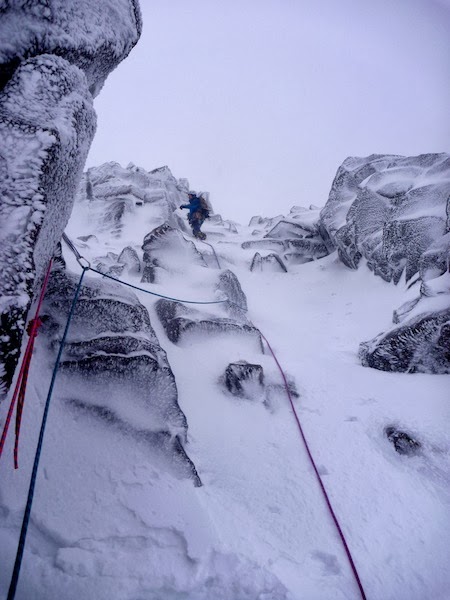 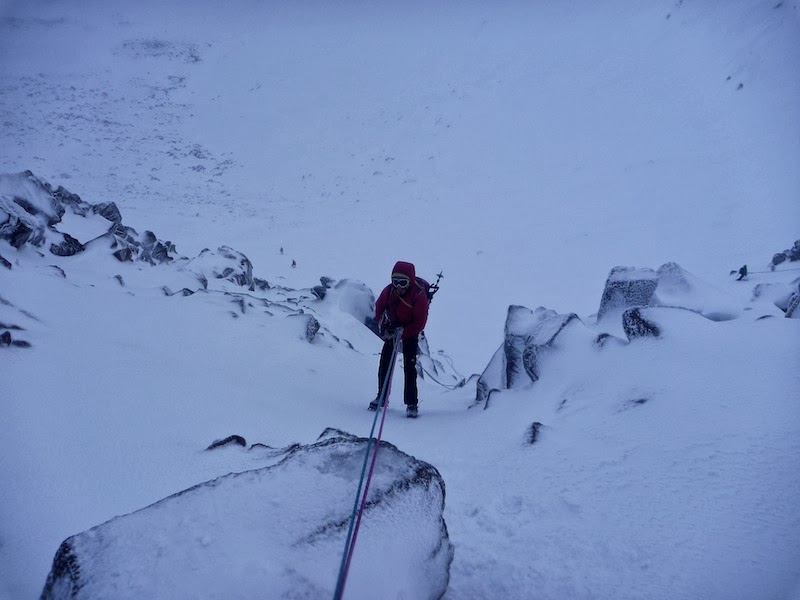 Ali heading down for more 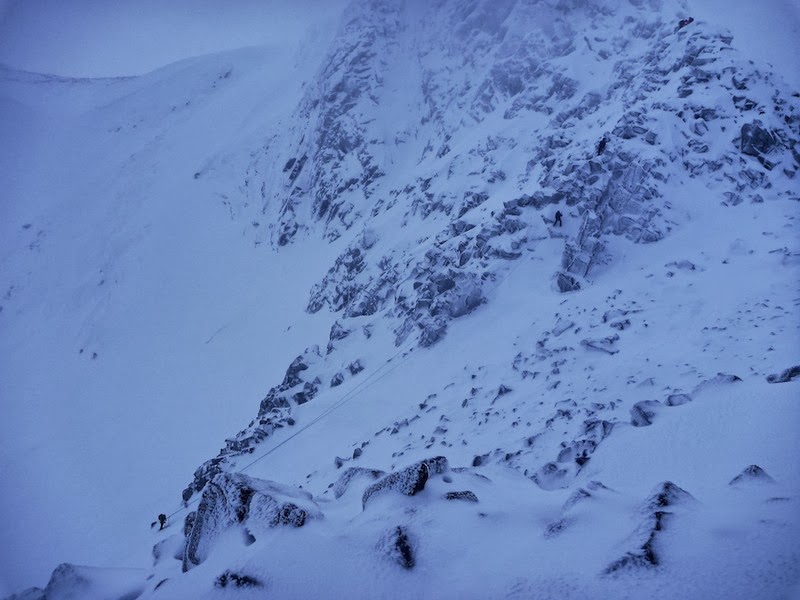 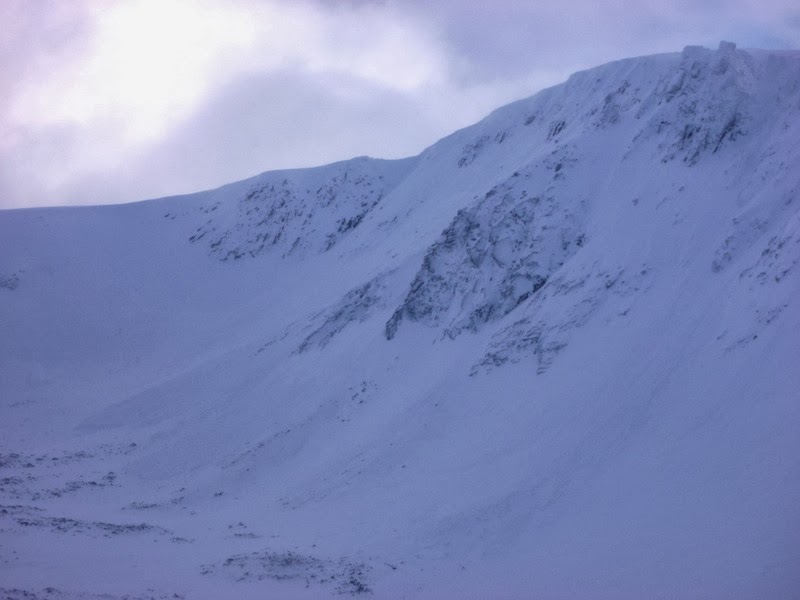 Spot the debris and spot the cornices still to go!