Today was windy, wet and stormy. We headed up to the plateau and dropped down to Cnap Coire Na Spreidhe to look at mountaineering rope work with students. On the way we purposely released an avalanche in the shallow notch on the ridge running up the side of the Ciste Gully. This is the second time i've been part of a group doing this and its generated an interesting conversation this evening with colleagues. I'm showing you an image of this but to give it a little context its been released above a small terrain trap with no-one beneath. The person triggering it has done so with some thought and care BUT the size of the blocks of snow here are seriously large. To be trapped between or under these blocks would potentially result in serious injury. So, in short this all looks like a bit of fun and a good game but its actually a serious undertaking that needs careful risk assessment and possibly the use of a rope and belay to protect the person releasing it. Take care.
More storms tomorrow!! 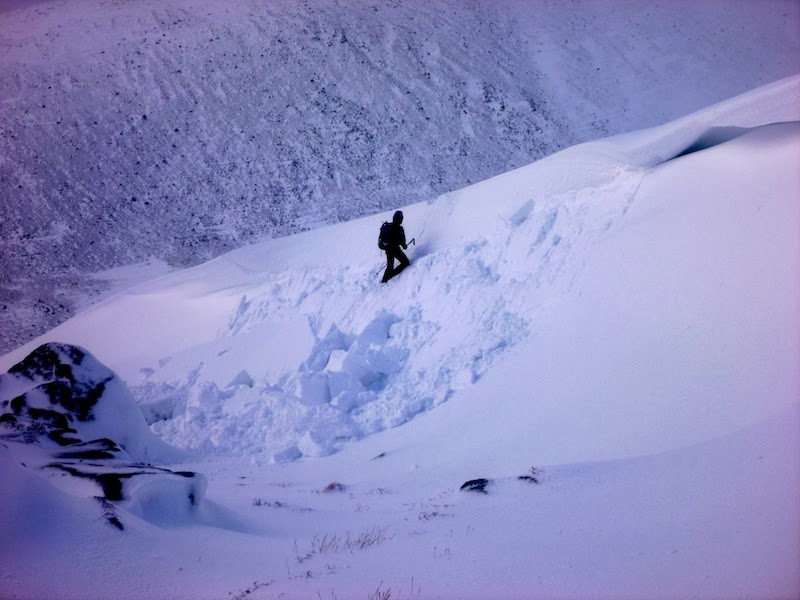 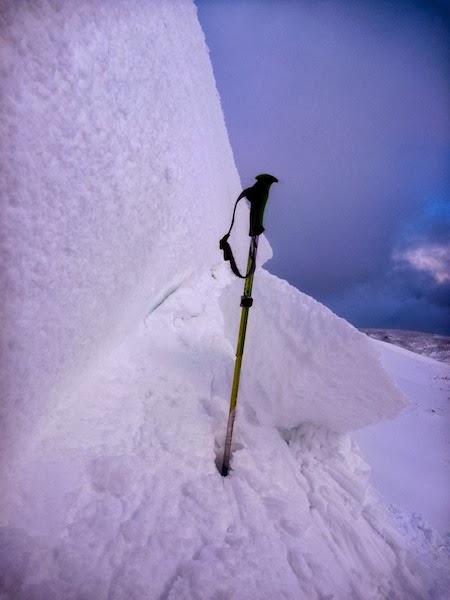 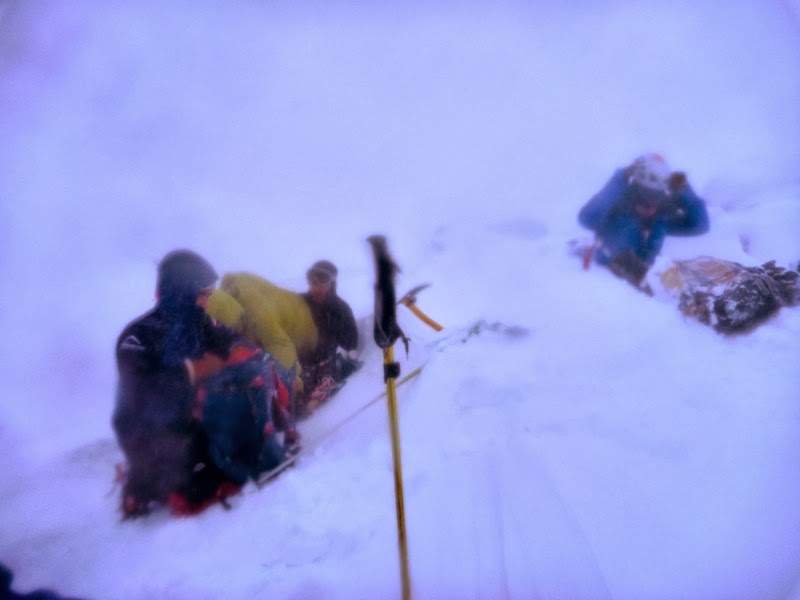 Kitting up in a hoolie 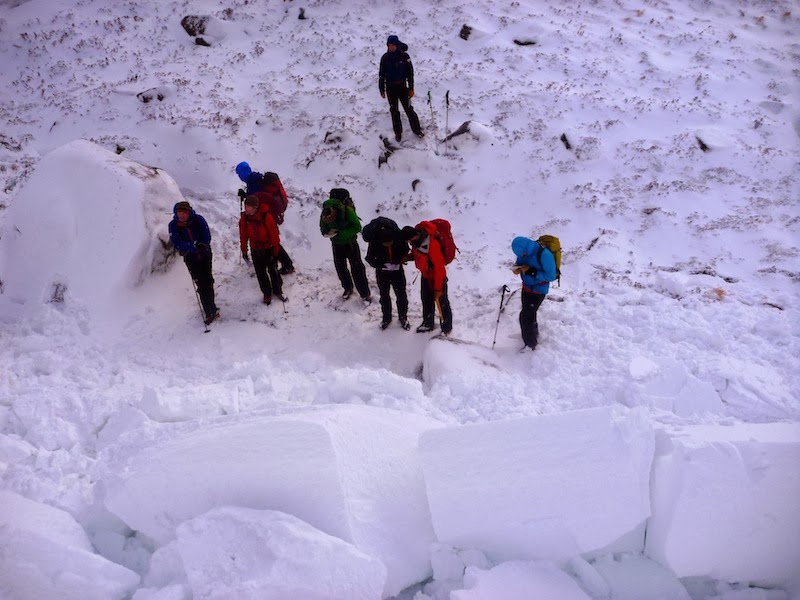 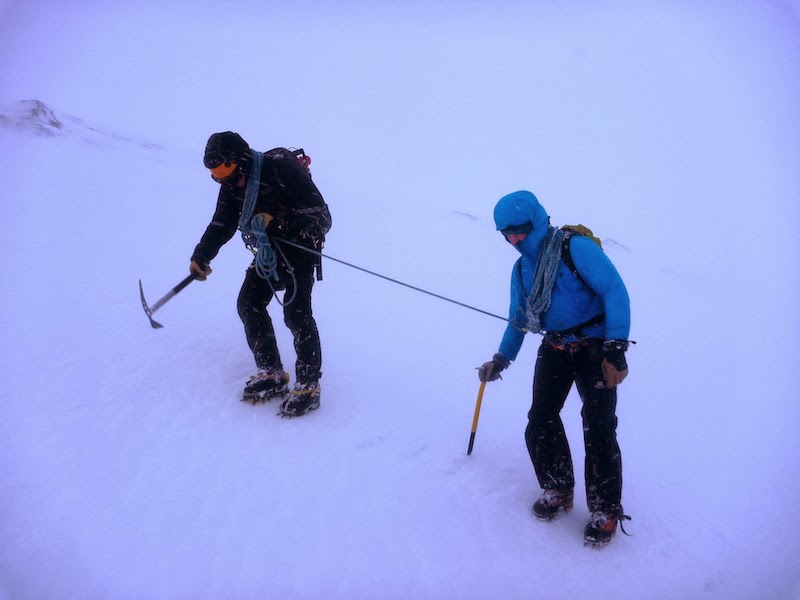