Finally a full day off to get out in the white stuff! Unfortunately the usual suspects were all working / strapping long bits of wood to their feet before going for a long walk followed by hurling themselves down a hill (some people have issues…). So a solo mission… debated on Ben N but felt like a change so cycled up to the dam and headed in to W Face of Aonach Mor.
Soon I was sweating in just a thermal but enjoying some great light, wading through deep snow and heather with no real path, passing deer scrapes still fresh with the tangy musk of the recent inhabitants.
I was going to go to Western Rib but the first defined ridge looked like it would be fresh ground to me… and was a lot closer!!
The approach was classic W Face of AM stuff- innocuous steps turning into slabby thinly iced granite, good looking turf turning out to be airy moss or juniper, but I persevered picking the most interesting line to the base of the ridge (via a couple of waist deep wades through the snow). This turned out to be a low but well defined series of rocky steps… very escapable but possible at II (think Dorsal Arete but longer and with no crowds…) and, more importantly, by taking each of the steps directly I got a couple of hundred metres of Grade III climbing of surprisingly good quality but in 10-15ft chunks so never too serious. From the off there were great hooks and torques, frozen turf and even a little usable rime ice at the top. Great gear for those wanting a change too- just follow your nose and take lots of slings for chockstones. The ridge peters out just short of the shoulder marking the edge of the ski area but a short traverse right gave me another 100m of the same on a shallow rocky spine ending in a broader well rimed buttress.
I'd had a bit of wade on the way up and there was more of the same back to the bike but I was in time to catch up Jane and the kids as they walked home from school. 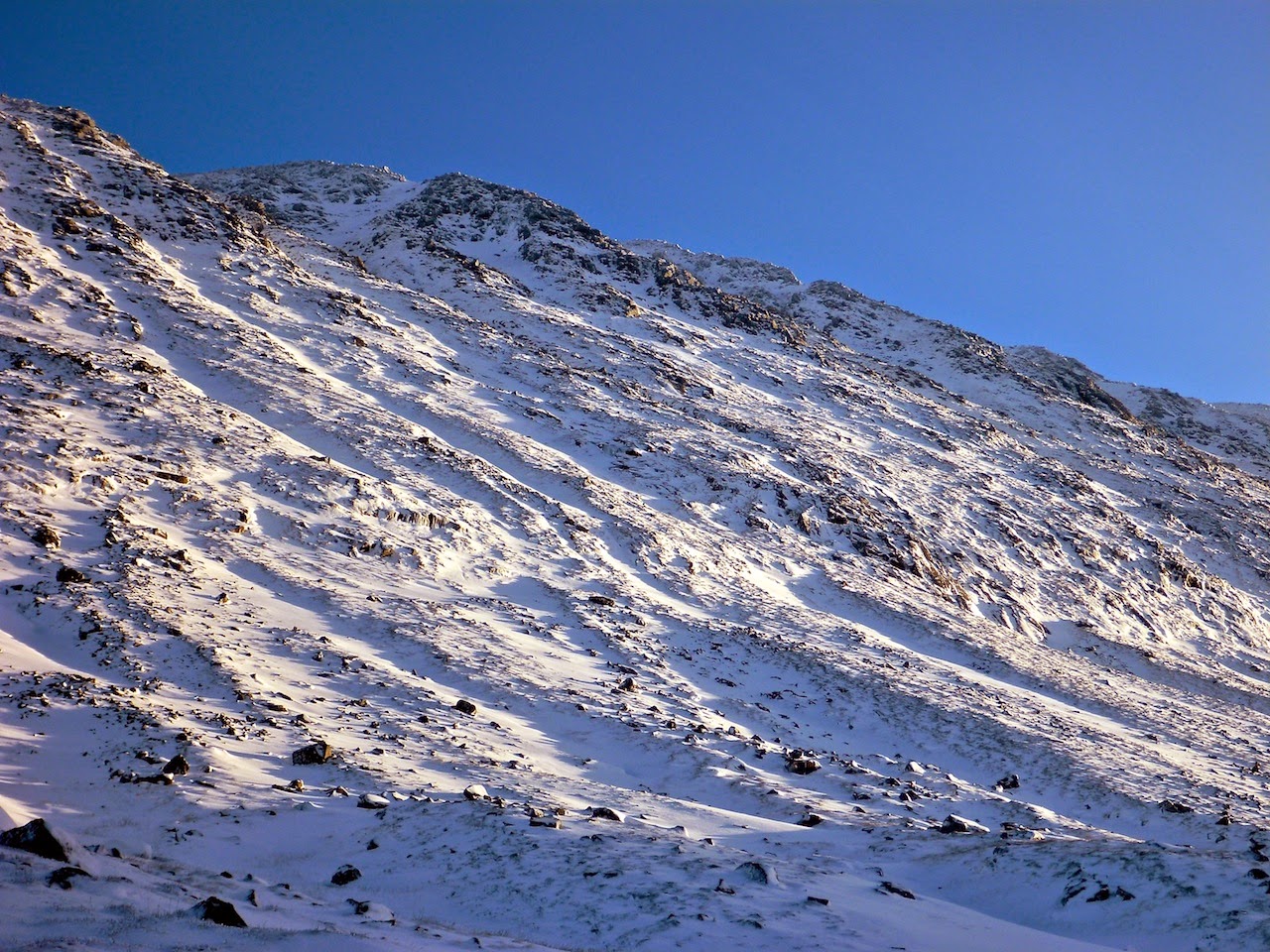 The ridge line above 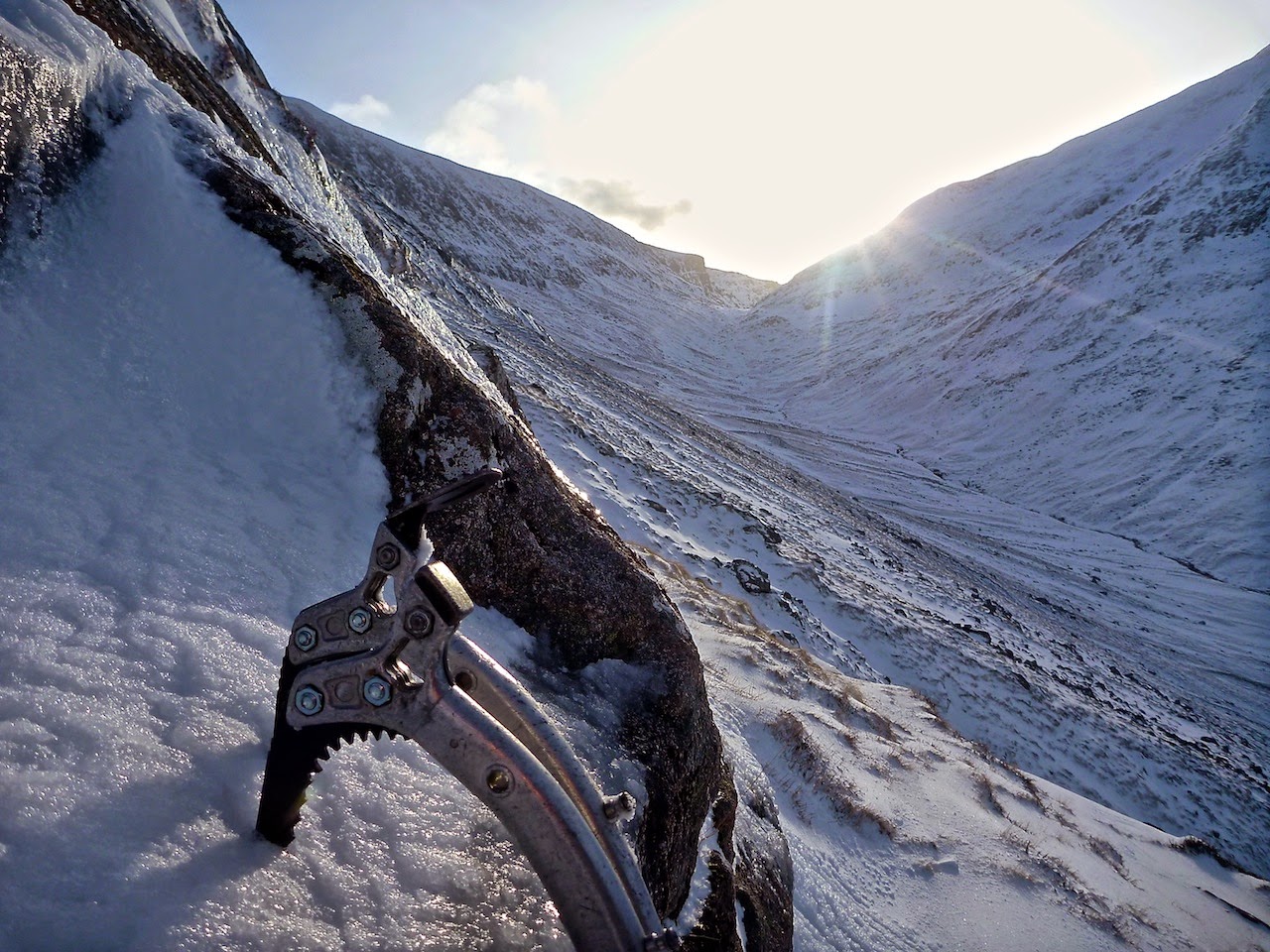 First stick of the winter! 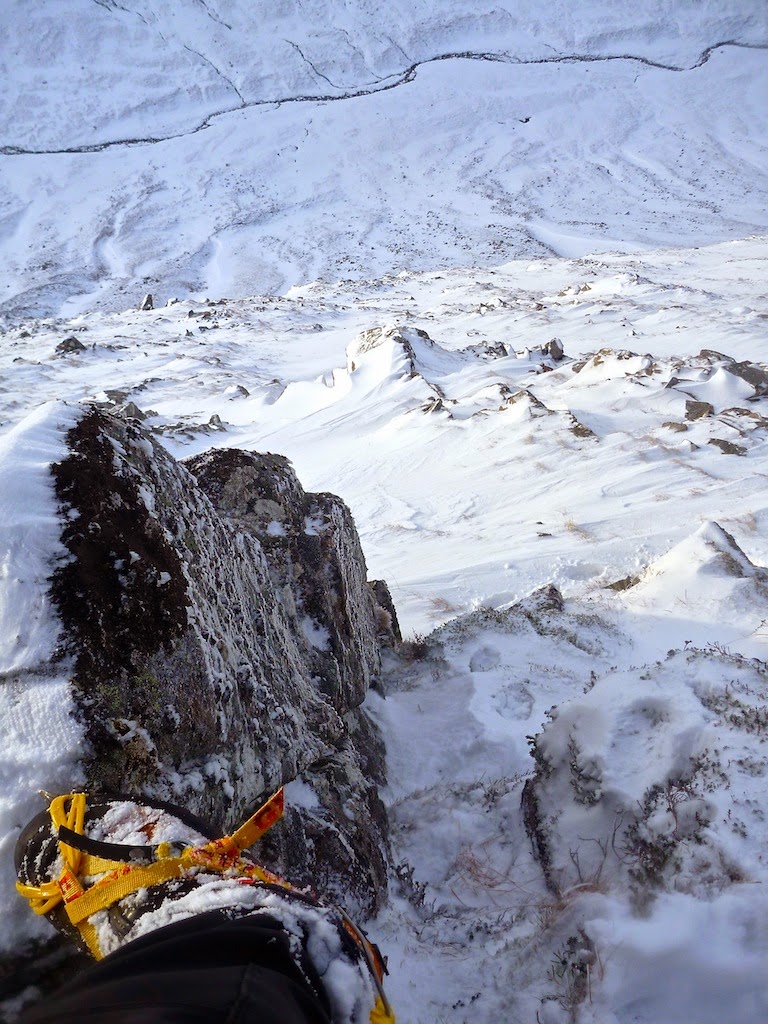 Fun from the off 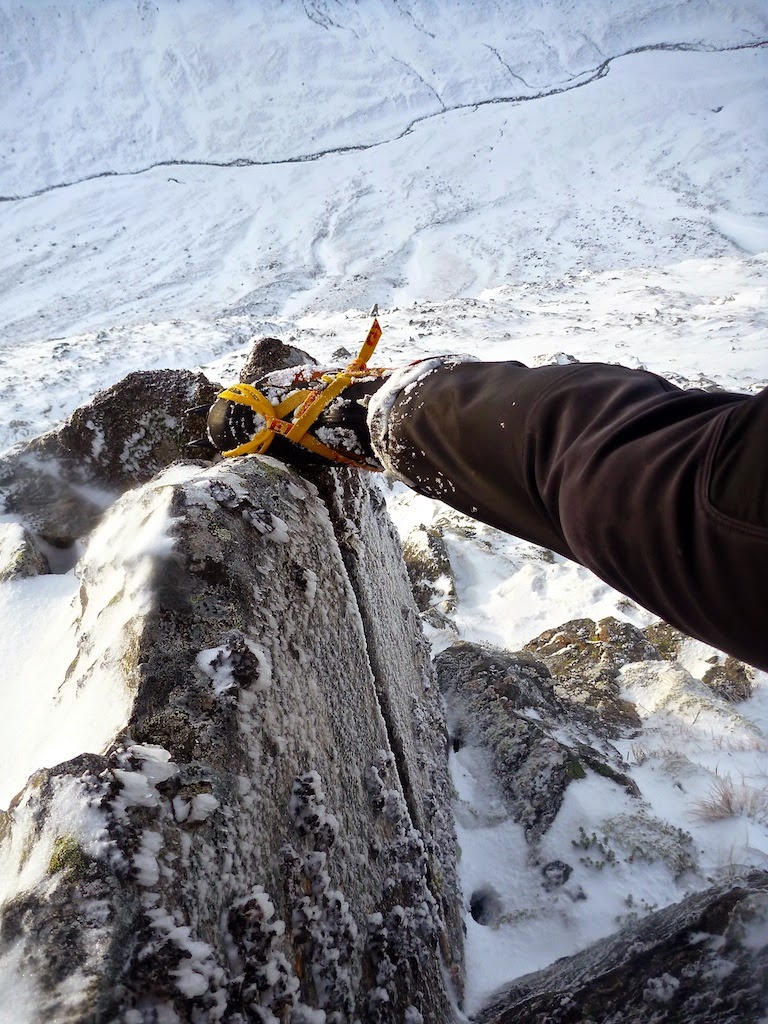 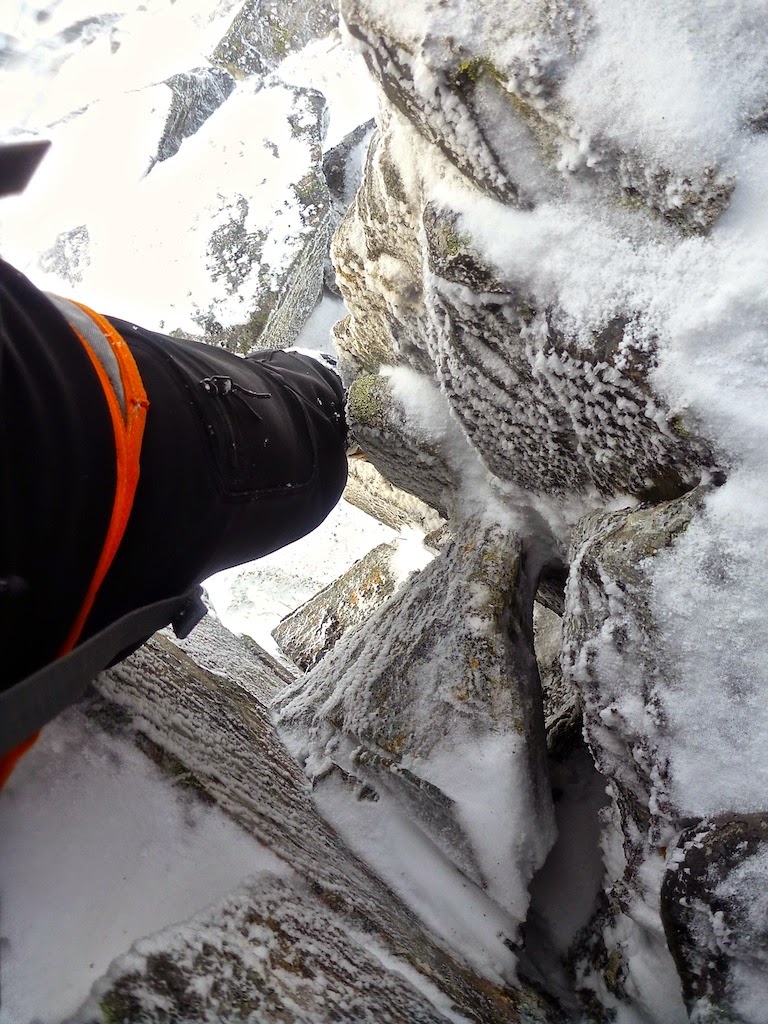 That chockstone was a hook of justice! 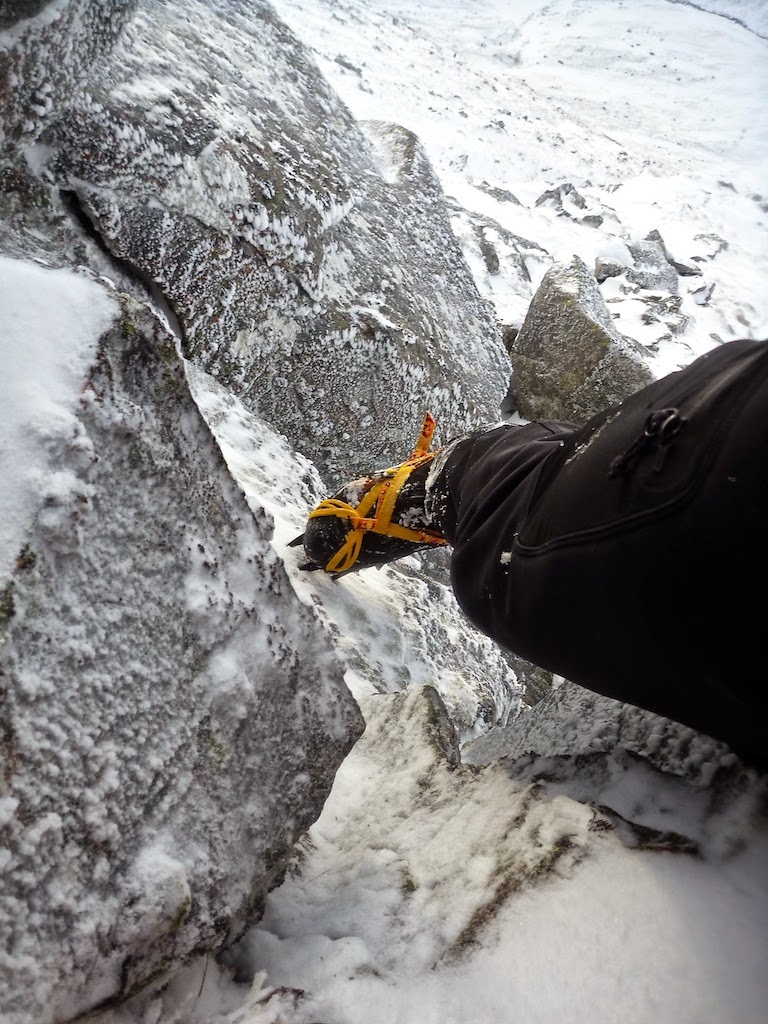 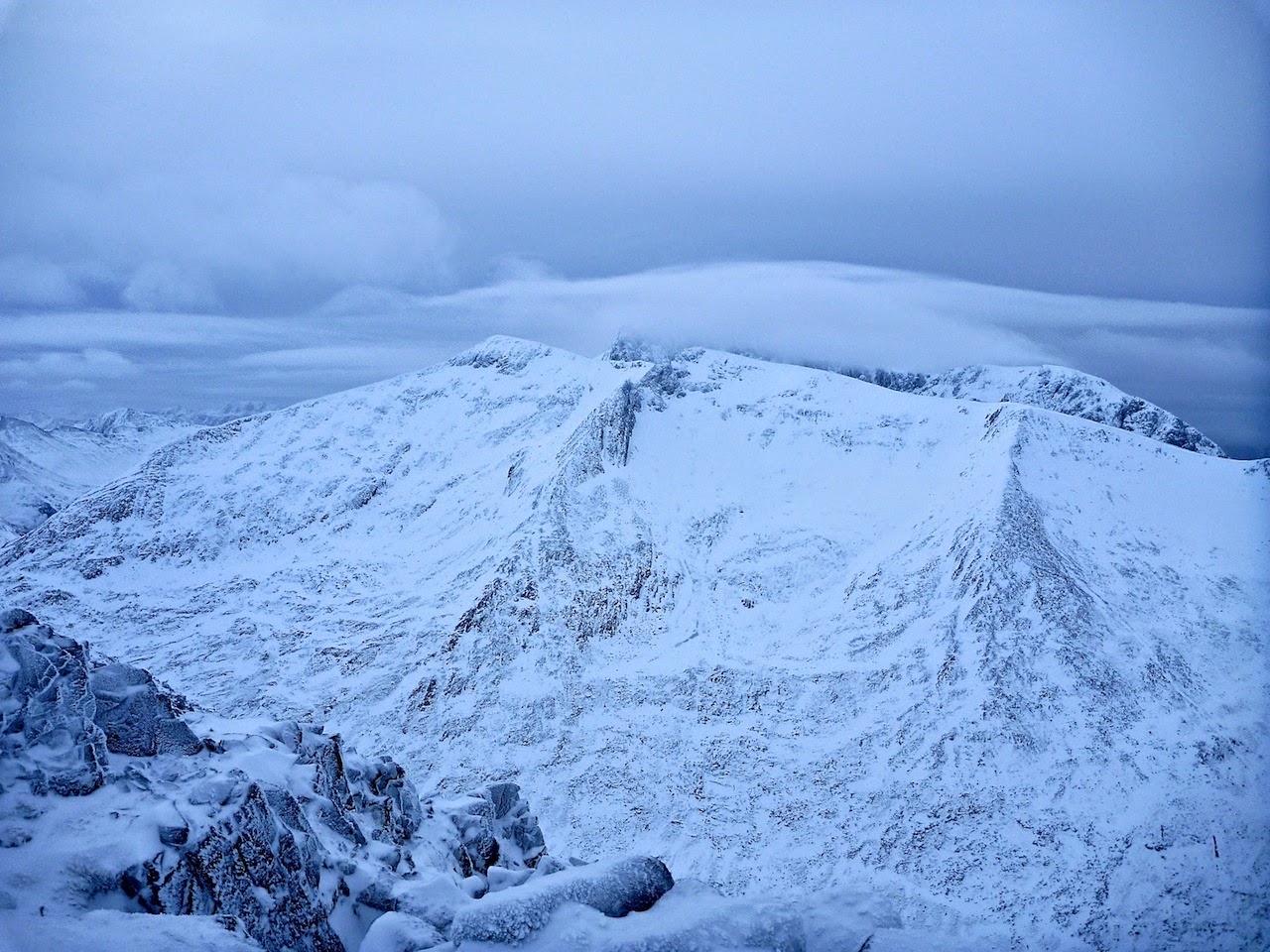 A change in weather over Ben Nevis 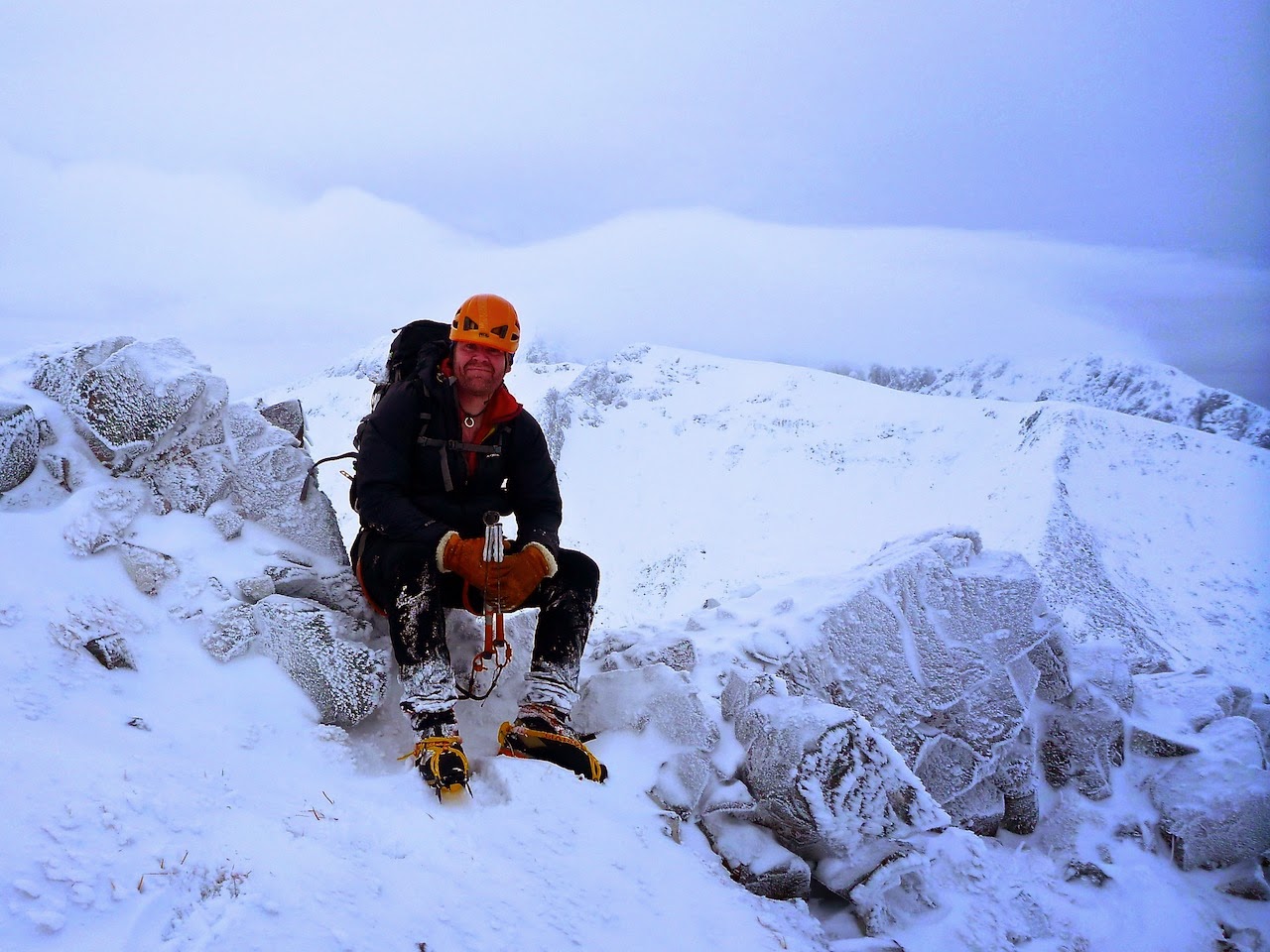